The crowded daytime talk show market is about to get a new entrant, as actress/comedienne Jane Lynch has signed a deal to bring her own sardonic take with a brand-new show. Described as a “feel-good, variety show,” the new daytime series will be designed around Lynch’s unique comedic stylings.

There is one big difference that will help Lynch stand out from the competition: it’s rumored her new show will not feature celebrity guests.

It will be filmed in front of a live studio audience, as is tradition, and will segue between comedy bits and “real people with unique, uplifting stories.”

Telepictures, which produces the wildly successful Ellen Degeneres Show, is behind the new show, along with Lynch’s longtime collaborator, Missy Halperin.

Formerly a talent coordinator for FOX, Halperin worked closely with Lynch when she was starring on the network’s hit show, Glee.

She now runs her own company, Missy Halperin Talent Group, and she and Lynch pitched the new series together to Telepictures.

Lynch has never headlined a talk show, but she does have experience as a host, having won two Emmy awards for NBC’s Hollywood Game Night.

In addition, Lynch is one of only three women to ever host the Primetime Emmy Awards solo (Degeneres and Angela Lansbury were the other two).

Every year, more and more stars attempt to launch daytime talk shows, but most of them fail, regardless of the talent behind them.

Nonetheless, shows fronted by comedians like Lynch have fared better recently with Ellen, Steve Harvey, and Wendy Williams all finding success in daytime syndication. Lynch’s new show is still in the very early stages but the plan is to debut sometime in 2018. 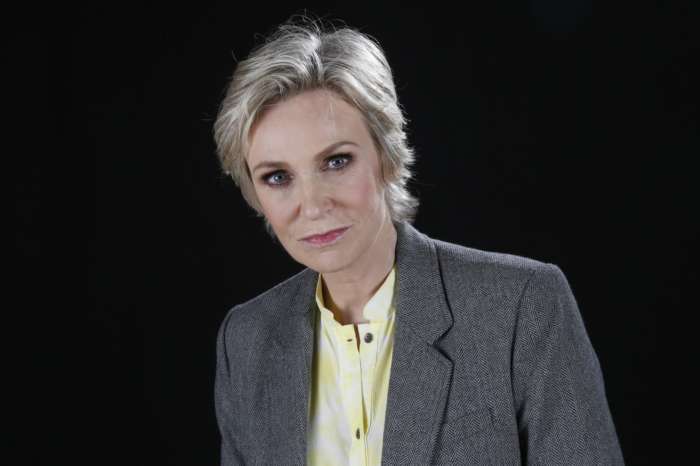 Jane Lynch Gets Backlash After Controversial Stance On Billionaire ‘Rights’

Jane Lynch Is “Heartbroken” Following The Death Of Mark Salling