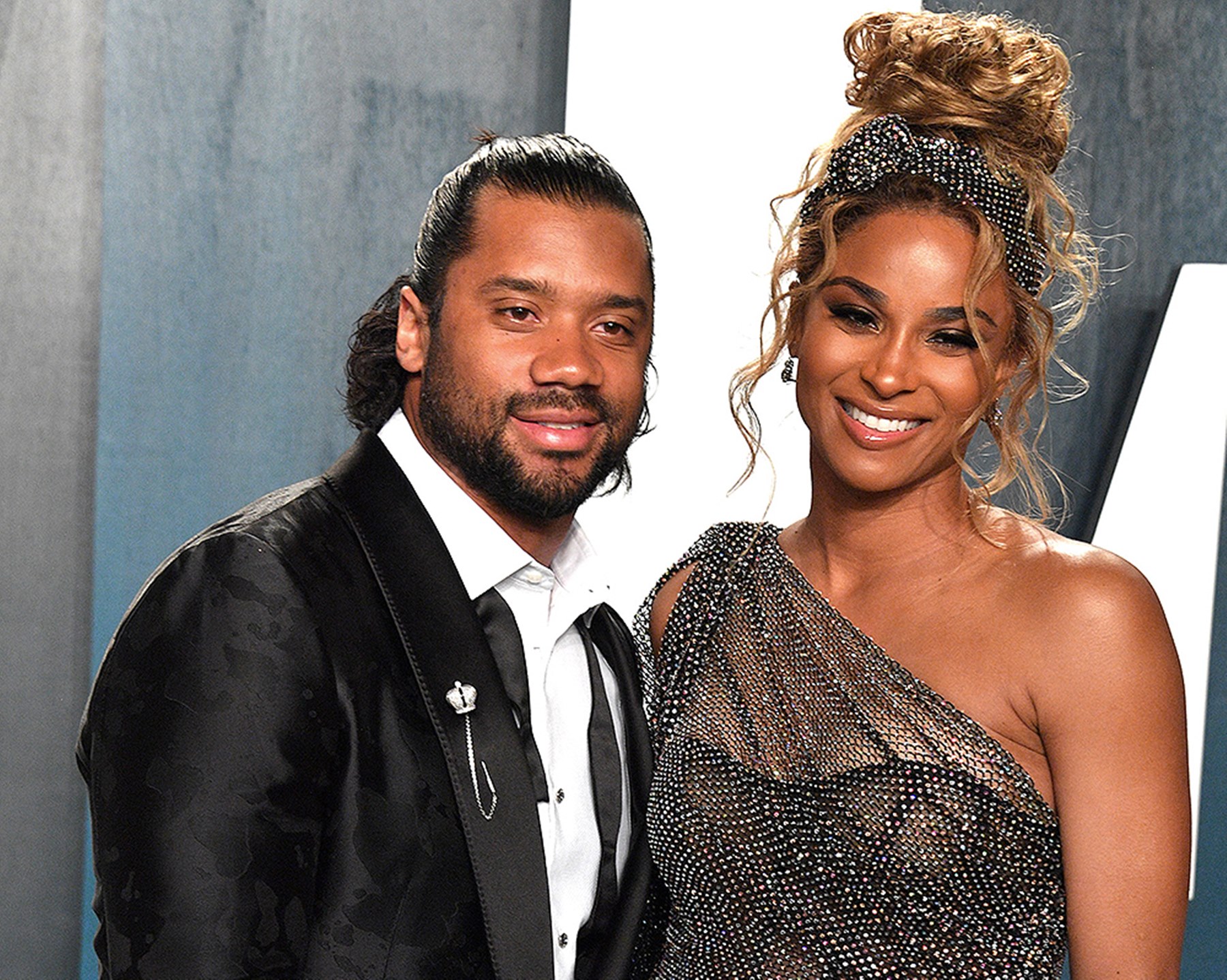 Ciara is seriously pregnant with her third child, yet she is crushing her workouts with her husband, Russell Wilson, by her side.

This week, the quarterback took to social media, and he posted a video where he is taking part in an intense boxing workout with Ciara.

In the video, the power couple sweat it out as they throw heavy jabs at their punching bags.

The NFL star caption the video: “Training with my lady… @Ciara we will whoop dat… 🤣😂🤪…” the Seahawks quarterback wrote in his caption for the video. Wilson then candidly added, “also, I think I may have let one go while swinging #GasMask 🤭🥴💪🏾🏆🥊 #KnockOut.”

He posted a second clip where he was working out with a personal trainer and explained: “Morning Warmup!!! 5 am start… Are we doing everything we can to be great!? #LIMITLESSMINDSET Let’s do it together! #DangerTrain 🥇🤩🏆🥶😎.”

Morning Warmup!!! 5 am start… Are we doing everything we can to be great!? #LIMITLESSMINDSET Let’s do it together! #DangerTrain 🥇🤩🏆🥶😎

One fan said this: “Goals they cutest couple but you could tell Ciara can’t fight 😂😂
Russ practicing so when Schottenheimer calls three straight run plays 😎.”

Another commenter stated: He cut his hair he getting back to business. Her swings look legit to me, especially for someone heavily pregnant.”

In a recent interview, Ciara opened up about her husband by saying: “Before I met my husband, I went through one of the most challenging phases of my life. I was a single mom, and I had never been to that place before. That really made me stop and take a look back on the journey, and I was like, ‘Okay, I’ve gotta change something up here.'”

She added: “I’ve always been a person that’s prayed no matter what the circumstance is, but when I would pray at that point, I’d be particular about what I was hoping for in my life as it related to love and also just me, my own growth. I was ready to level up in general, just in life, period. I was wanting a lot more from myself, and so I definitely would pray a lot. I would cry a lot, and then I would pray a lot, and God is good!”

Ciara is very impressive to many women.