Christina Perri is finally a mother! The famed singer and her husband, Paul Costabile, announced on Wednesday through their social media that they welcomed their first baby into the world – their daughter whose name is Carmella Stanley Costabile.

Sources close to the couple said, “they’re so stoked to have the baby finally, and it’s so cute. Christina and Paul are beyond thrilled; they are ecstatic. The child is healthy and happy.”

Paul took to Instagram earlier to post a black and white photo of the family of three together, with the caption, “the greatest give we’ve ever known.”

Paul updated his fans on his wife’s health status; he said: “Mom and our little Principessa are doing great,” and supposedly he can’t stop crying.

It’s a happy time for Paul and Christina who got married last month. The pair tied the knot in New York City on their fourth anniversary of the time they met.

Celebrity Insider reported earlier that the pair were expecting a baby. Just before she gave birth, Perri shared several snapshots of her pregnancy and how it progressed.

(part three)growing a baby was nuts! the best, the worst, the most challenging, for sure divine, sometimes scary, totally magical, but no doubt, unforgettable! ?song by @hodgesmusic?

Perri commented on the experience and explained it as “divine,” albeit scary, with magical moments. It came with a lot of good and a lot of bad, but it was certainly “unforgettable.”

An insider shared, “Perri struggled to deal with the pregnancy at times. It takes a lot of emotional resilience. There are so many uncomfortable moments that it becomes almost unbearable. She managed to get through it though because she’s tough as nails.”

We imagine one of the two will be taking a year off to take care of the child. Either way, we wish Perri and her new husband all the best in 2018. 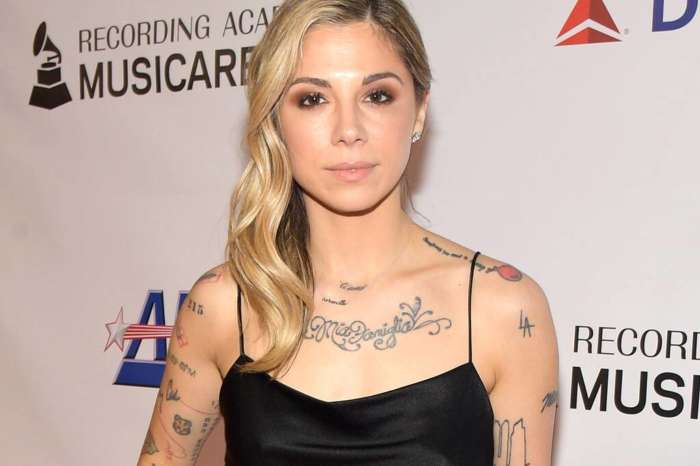 DJ Khaled Finally Opens Up About The Rumors That Jennifer Lopez And Cardi B Are Preparing A Collab!