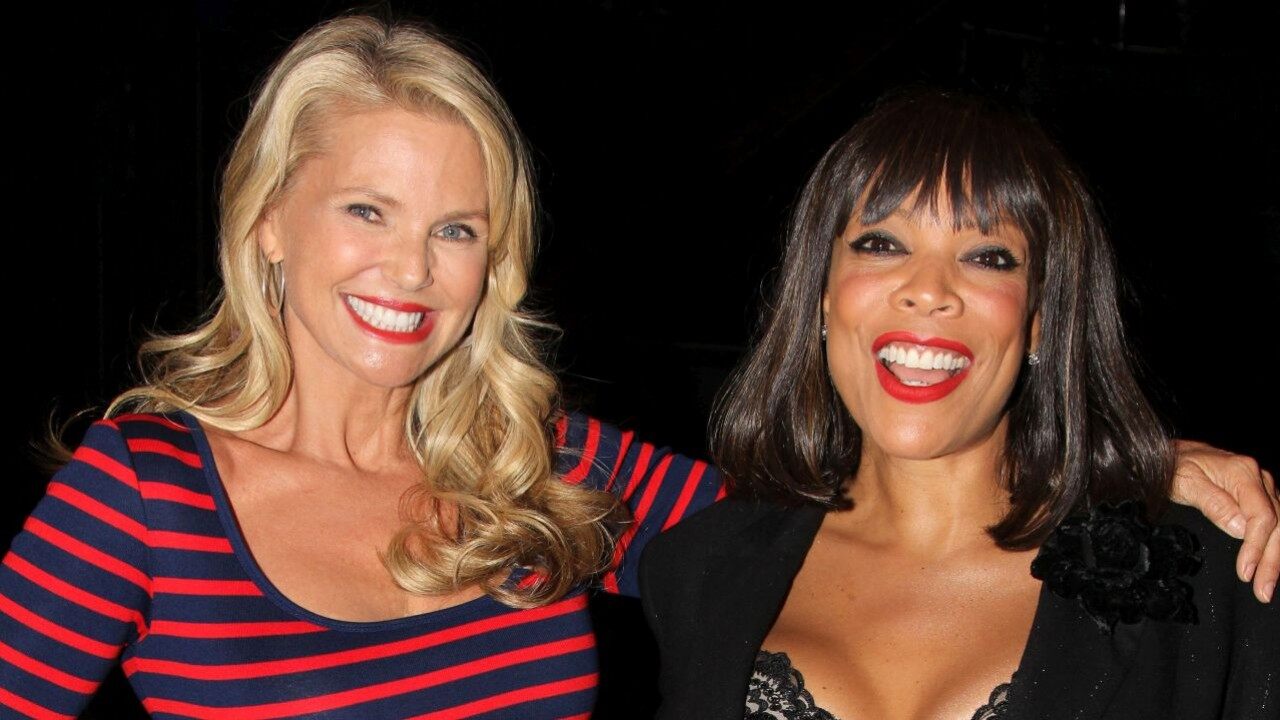 After Wendy Williams made some cruel comments, Christie Brinkley decided to clap back, making it very clear that she was not about to stand for it. The supermodel was on The Talk earlier today and she took this opportunity to defend herself from the talk show host.

Christie encouraged Wendy to ‘be kind!’

This was in response to Wendy accusing the other woman of faking the injuries she suffered during a Dancing with the Stars rehearsal.

The talk show host insisted that it ‘looked fake as hell’ but Christie obviously did not appreciate her words.

As a result of her injuries, Christie has exited the season but her daughter Sailor Brinkley-Cook, 21, has taken her place on the dance completion, partnering up with Val Chmerkovskiy instead of her.

‘Wendy Williams started this rumor, which was stunning to me because I’ve been on Wendy’s show a couple of times. For some reason she liked me, and she’d call me to support her during tough times. So, I got a call one day that she was having terrible stage fright, and she was about to just drop out of Chicago The Musical, and would I come over and talk to her,’ Christie said on The Talk.

She went on to recall what she told her: ‘I was like, ‘You’ll never meet a more supportive and a more loving cast. You’ll love this experience and you’ll regret if you do not do it.’ I was there for her. Then she goes through her divorce, and I get a call again. Let’s face it, I am kind of an expert in that [she went through 4 divorces]. Again, I was like, ‘I’m going to help you.’’

That being said, because of their past bond, she was shocked to hear that Wendy had dissed her and actually thought it was a mistake at first.

Co-host Carrie Ann Inaba, who is also a judge on DWTS asked Christie if she had a message for Wendy.

‘It’s so much more fun to just be kind. Try it. It cannot feel good to try to hurt other people. If it feels good, something is seriously wrong,’ Christie said, addressing Wendy.

Maybe Wendy should do dancing with the stars….WENDY WENDY WENDY!

OMG…I can’t be silent anymore about Ronnie and Jen Harley. They both need mental health awareness and education. If, Ronnie went to rehab there is no way at my child’s birthday party would I be worrying about liquor and partying. She just pushes buttons and is not helping herself or anyone…especially her daughter. As women we need to pick each other up. I think Jen should check in to post partum symptoms or if necessary involve yourself with THE NAMI ORGANIZATION you are out of control. You are too beautiful and a mom to behave this way.

Christie Brinkley is right it’s so easy to be kind, it’s free Wendy everyone is not a faker like u every time someone get hurt on DWTS the first thing out of ur mouth they’re faking, u really need to choose ur words more carefully when u are saying mean things about ppl because they’re humans with feelings and u need to apologize to Ms. Brinkley after all she has been be there for u in ur time of need, right.