Chrissy Teigen is taking a break from her Twitter account after battling it out with Alison Roman. Before going on private, Chrissy shared a post where she announced that the battle with Alison Roman is taking its toll. The fallout was the result of an interview Alison gave to the New Consumer and in it, she accused Chrissy of running a content farm. Right now, only Chrissy's 12.5 million approved followers may view her tweets.  Chrissy enjoys cooking and many of her fans love her recipes. She has a line at Target and launched a new website Cravings by Chrissy Teigen and has seen a huge response.  It seems that Chrissy was unprepared for what Alison would unleash her way. Even though Alison apologized for her remarks, Chrissy went on private anyway.

"She had a successful cookbook. And then it was like Boom, line at Target. Boom, now she has an Instagram page that has over a million followers where it's just, like people running a content farm for her. That horrifies me and it's not something that I even want to do. I don't aspire to that."

Not only was Chrissy crushed by the comments but her fans were outraged. You may see Alison's apology to Chrissy Teigen that she shared days before Chrissy ultimately put her Twitter account on private below.

On Monday morning, Chrissy's fans awoke to see a message on her Twitter account. Only those who were previously following her may see her tweets now. It's unclear how long Chrissy plans to keep her Twitter on lockdown.

"I really hate what this drama has caused this week. Calling my kids Petri dish babies or making up flight manifests with my name on them to "Epstein island", to justify someone else's disdain with me seems gross to me so I'm going to take a little break." 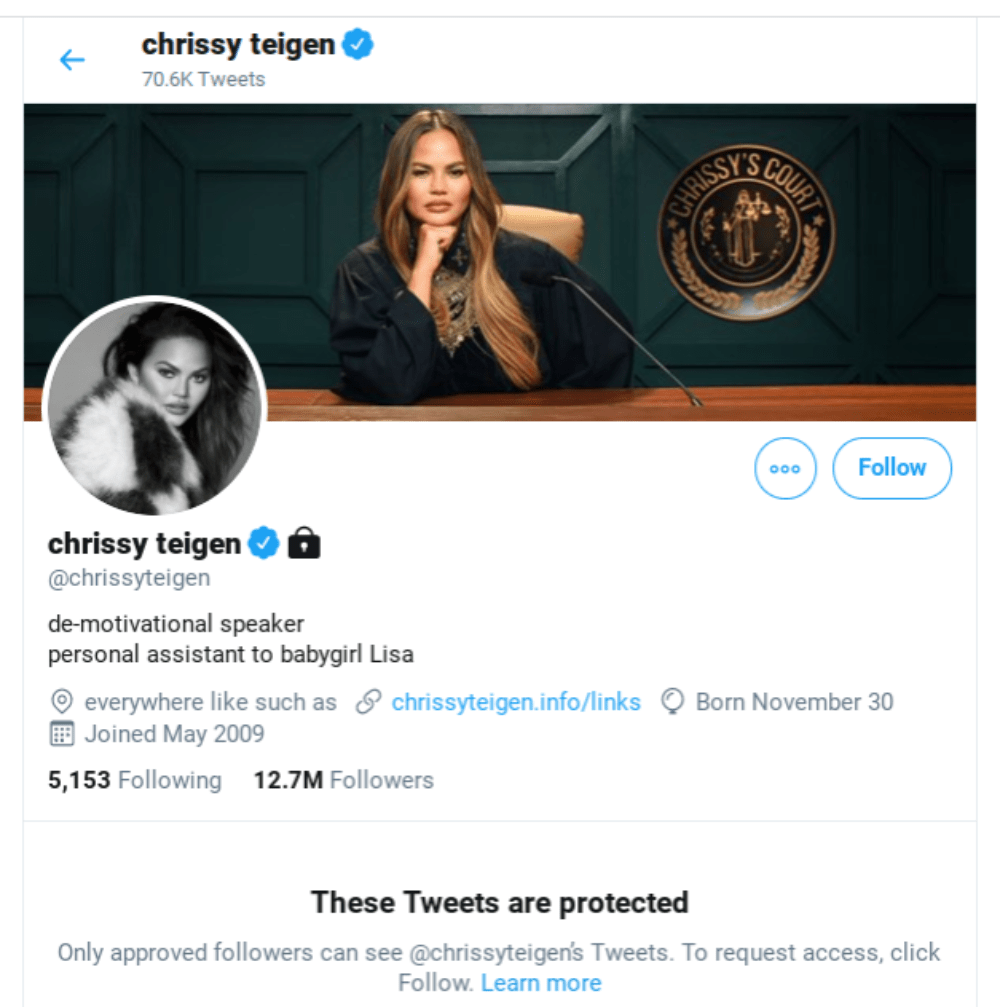 Have you been following the drama between Alison Roman and Chrissy Teigen? Were you surprised to see that Chrissy had put her Twitter on lockdown?