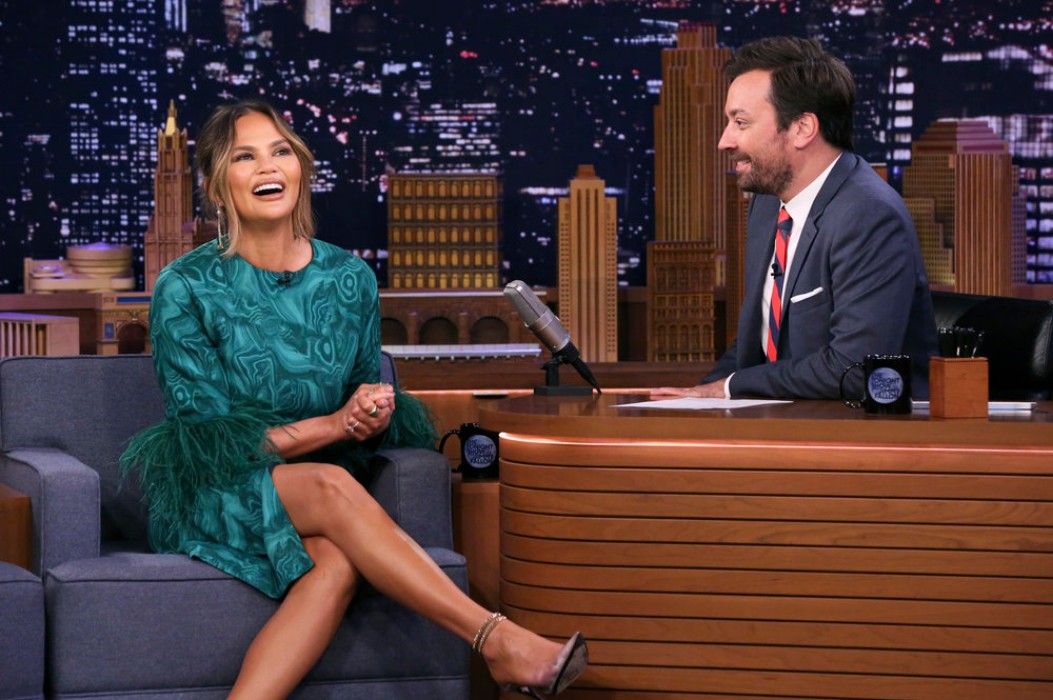 Chrissy Teigen appeared on the Tonight Show Starring Jimmy Fallon Tuesday night and photos and videos from her appearance are going viral. Chrissy sparkled on the set wearing a gorgeous, emerald-green mini dress with feathered sleeves and a high, side slit and a pair of exquisite see-through Perla pumps with a jeweled band that have become one of the hottest shoe trends since Chrissy’s appearance. Styled by Monica Rose, Chrissy was photographed before the taping and even those photos are going viral.

Chrissy loves the Perla pumps designed by ALEVì Milano and she continues to be photographed throughout New York City while donning the luxury footwear. High-heels are no challenge for the supermodel who has been snapped carrying daughter Luna while walking through the city wearing the shoes. It should come as no surprise that ALEVì Milano announced the Perla pump has sold out! Check out photos of Chrissy Teigen wearing the gorgeous dress as well as a close up of the Perla pump in the photos below.

The Hottest mama wearing the hottest shoes. @chrissyteigen and Luna make a great duo before Chrissy appearance at @jimmyfallon yesterday. Chrissy is wearing our Perla pump. Sold Out but will make her come back in a few months. #alevimilano #alevimuses #chrissytiegen #monicarose @monicarosestyle

Chrissy Teigen wore her hair pulled back in a beautiful French twist/knot with thick chunks of face-framing layers highlighting her cheekbones. Glen Coco for Hair created the look that was soft and feminine as well as flattering. The style was a splendid choice as it held up when Chrissy played the game “Can You Feel It” with Jimmy and still looked glamorous when she was seated for the interview portion of the segment.

Matching the dress with a pair of long, dangly earrings that featured an emerald stone inside oversized triangles, they were a superb complement to Chrissy’s striking dress and added an excellent accent to her flawless makeup. Celebrity makeup artist Kristine Studden created an unblemished and flawless look for Chrissy with tones that brought out her best features such as her gorgeous eyes, perfect lips, and stunning cheeks.

Chrissy also spoke about her three-year-old daughter Luna whom she shares with husband John Legend and said that she’s become very talkative and a bit of a negotiator.

Did you watch Chrissy Teigen’s full appearance on the Tonight Show Starring Jimmy Fallon? What did you think of the show? Were you as mesmerized by her gorgeous dress and Perla pump shoes as social media is? 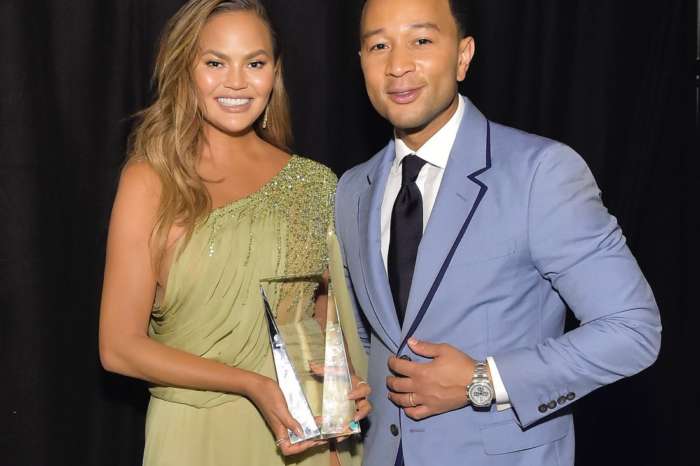 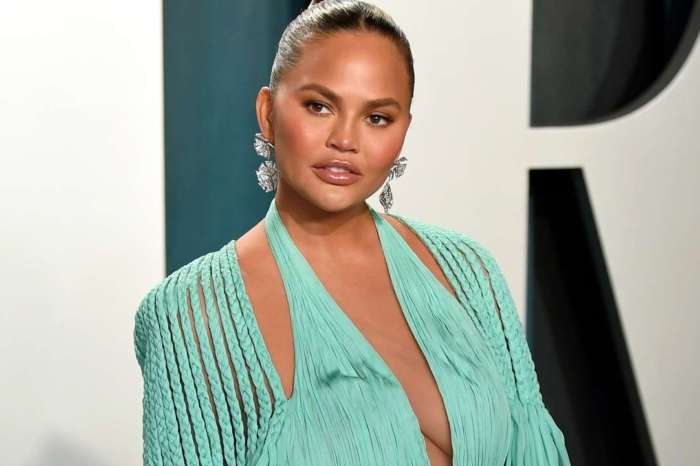 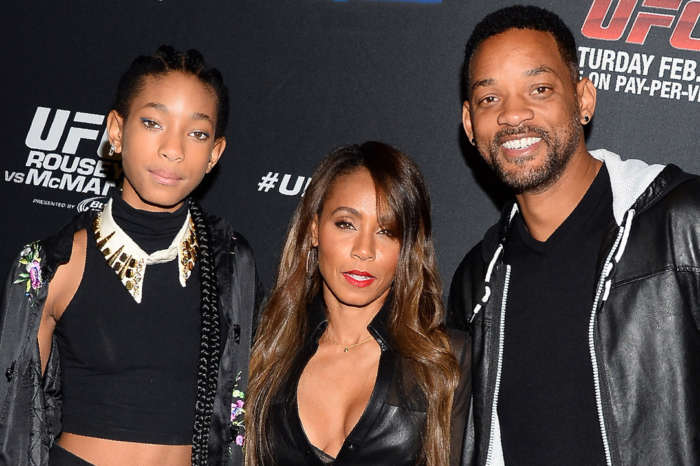 Willow Smith Says Her Parents' Marriage Was So Bad That She Hoped They'd Split!