According to Chris Pratt, Hollywood isn’t quite as anti-Christian as some conservatives and religious people believe. The Guardians Of The Galaxy star said that Hollywood is actually “kind of pro-whatever-is-authentic-to-you.”

Chris Pratt, who is known and adored by conservatives for being proud of his religious background, acknowledged that he knows people out there believe Hollywood hates Christianity and religion, but he said: “it’s just not the case.”

During a conversation with The Associated Press, he said, “they are kind of not anti-anything.” As fans of the actor know, he has been very vocal about his faith previously.

During his speech at the MTV Awards Show, the actor used his platform to relish in God’s teachings. The actor proclaimed that “God is real,” and loves each and every one of us, and wants the best for us.

“Believe that. I do,” the actor asserted. He also asked for his fans as well as the audience to learn to pray, because it’s “good for one’s soul.”

So blessed! About to be front and center ringside at #UFC227 !! Thank you @danawhite LESSGO!!!

As for why he chose to speak up in the manner that he did, Chris said he just feels that he has been called to do so. While not everyone is down with such a message, the actor remarked, there are a lot of people out there that need to hear what he had to say.

Chris said he’s never had a single person talk badly to his face about his religious convictions, not to his face anyway. Regardless, he’s going to continue worshiping God, whether people dislike him for it or not; it’s just who he is.

As it was previously reported, at the 70th Annual Emmy Awards, Michael Ché and Colin Jost roasted religious conservatives, saying that the only white people out there who thank Jesus are “Republicans and ex-crackheads.” 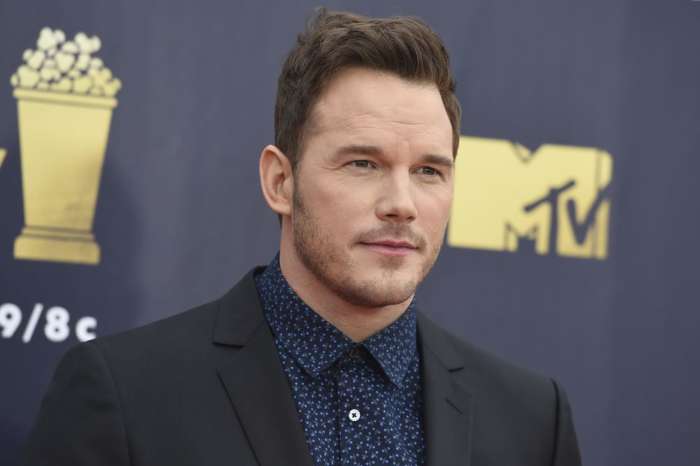 Did Porsha Williams Hide Her Pregnancy From Bravo? New Report Claims That 'RHOA' Star Ordered To Shoot 'Pick Up' Scenes