It's been a month since Lauren Bushnell and Chris Lane welcomed their son Dutton and it sounds like the newborn is having some health problems! Obviously, the loving parents are really worried and are asking for prayers from fans on social media!

The new parents ended up in the hospital with their baby boy and were forced to stay there the entire night!

Chris took to his platforms to tell his followers all about it on his Instagram Stories, also taking this opportunity to ask those who practice praying, to include them and their son in their prayers as well!

The video he posted has the man telling the camera that 'It's been a night,' while Lauren can be seen in the back, holding baby Dutton in her arms.

In the caption, he wrote: 'Spent the night in the hospital. If you pray, Dutty Buddy needs some prayers.'

Chris Lane Talks Favorite Part Of Being A New Dad And Gushes Over Wife Lauren Bushnell's Skills As A New Mom! 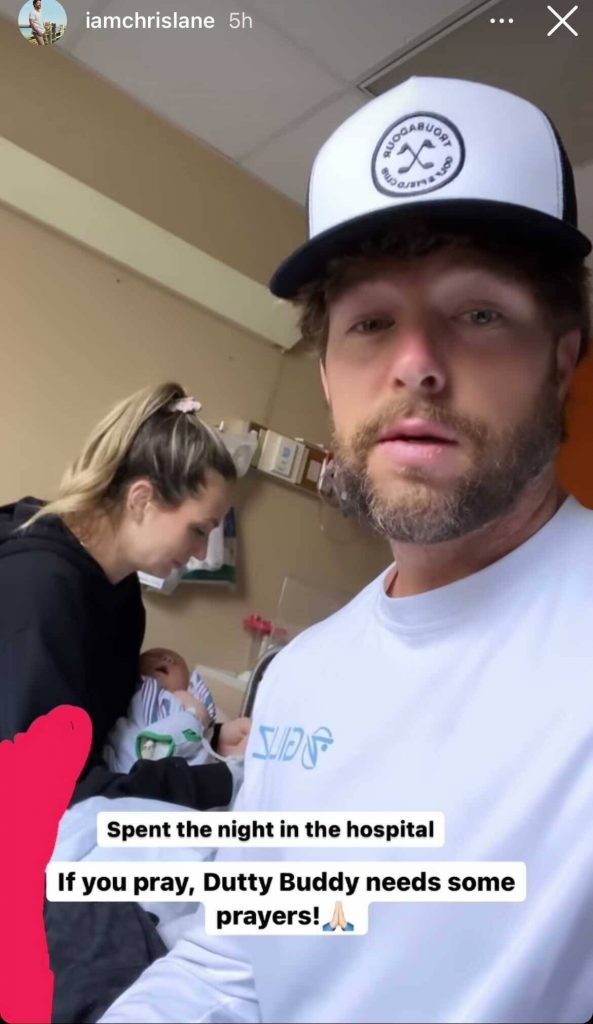 Later on in the same day, Lauren took to her own platform to share an update.

The concerned mom was a bit more relieved at that point since the family, including their son, were back 'Home and resting!'

'Thanks everyone for the prayers - hopefully we just keep resting and getting better,' she added, hopeful.

In one video, Lauren explained what happened, saying that they thought their baby boy had an ear infection and they rushed him to the hospital at around 9 PM.

She went on to say that '14 hours later we are home but basically he has a common virus (basically a cold) and an ear infection but with babies so small, under 28 days old they worry about meningitis and do a full workup / spinal tap.'
Thankfully that doesn't seem to be the case and they just have to feed him some meds 'and keep an eye and pray it doesn't turn respiratory or get any secondary infections.'

Chris Lane Talks Favorite Part Of Being A New Dad And Gushes Over Wife Lauren Bushnell's Skills As A New Mom!

Chris Lane And Lauren Bushnell Announce They're Going To Be Parents - Check Out The Sonogram Vid!

Gwen Stefani Shares The First Pics From Her And Blake Shelton's 'Dream' Wedding!