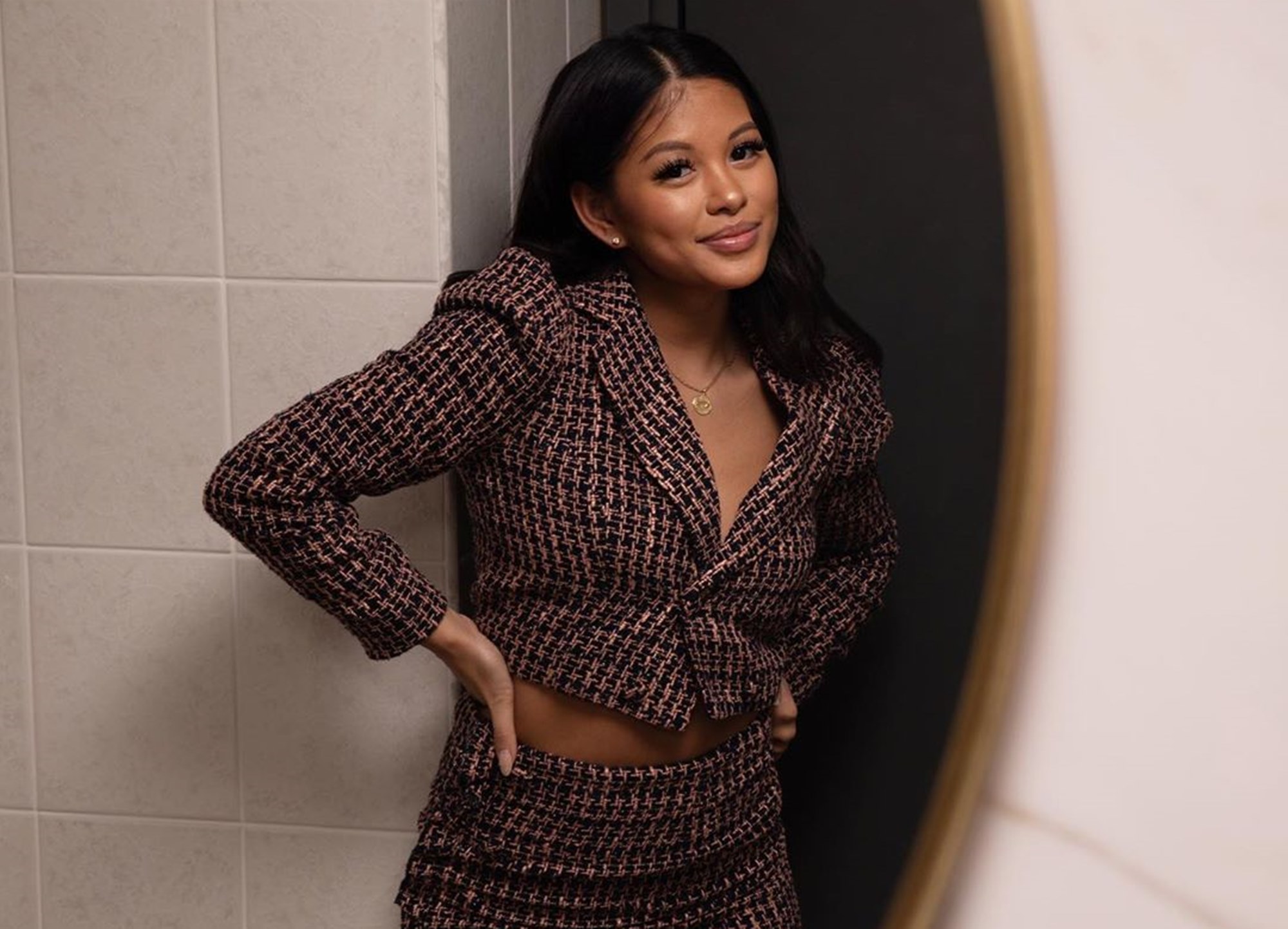 Even though Ammika Harris and Chris Brown have been very secretive about their relationship and tried to hide the pregnancy of the 26-year-old from the public eye, it seems that now the young parents cannot get enough of their infant son, Aeko Brown, and are not afraid to show him to the world.

Peek a boo, I see you! @fashionnova ad

The rumors that the model and the singer were expecting a child together were swirling for months, but neither of them ever addressed the gossip until their baby was born.

Aeko’s arrival in the world was finally announced when both of his parents took to social media to share a photograph of the newborn baby.

Recently, Harris shared an adorable video clip of her baby boy in a new story on her Instagram page that showed her little man as he was lying and looking at the camera.

Moreover, Brown’s song, “With You,” could be heard playing in the background.

The music was not randomly chosen, as some lines of the song’s lyrics were written over the footage: “You mean to me what I mean to you/ And together, baby there is nothing we won’t do.”

The model also had fans going wild with a shower photo.

One fan asked the model: Harris, what your secrets of staying positive for real?

She responded by: “Train your mind to let go of situations/circumstances you cannot control.”

A critic stated: “Her Secret is that she has been stalking Kae and Chris, and she tries to be like Kae! She is thai, and thai girls don’t care if her man has other females as long she can get what she wants. And that was Chris, fame, baby, money. She got it all now she playing all of you. I believe she also done some voodoo shit on him. That’s how she says she meditate lol 😂. I feel bad for Chris! And I’m not hating, that’s the truth period! People know her. They know that what she tries to do.”

A supporter defended Harris by saying this: “Completely agree with that 💯(positive attracts positive.”

Aeko is the first child for Harris and second for Brown, as he is also the father of his 5-year-old daughter, Royalty, that he welcomed with his former girlfriend, Nia Guzman.

Meanwhile, Brown and Harris have been dating for about four years, and rumor has it that they even broke up several months before the model’s pregnancy.

However, after it was revealed that Brown would become a father for a second time, he allegedly promised he would take care of his new child in every way possible.

T.I., Cardi B, And Chance The Rapper Are Nominated For An Important Award - See Tip's Message