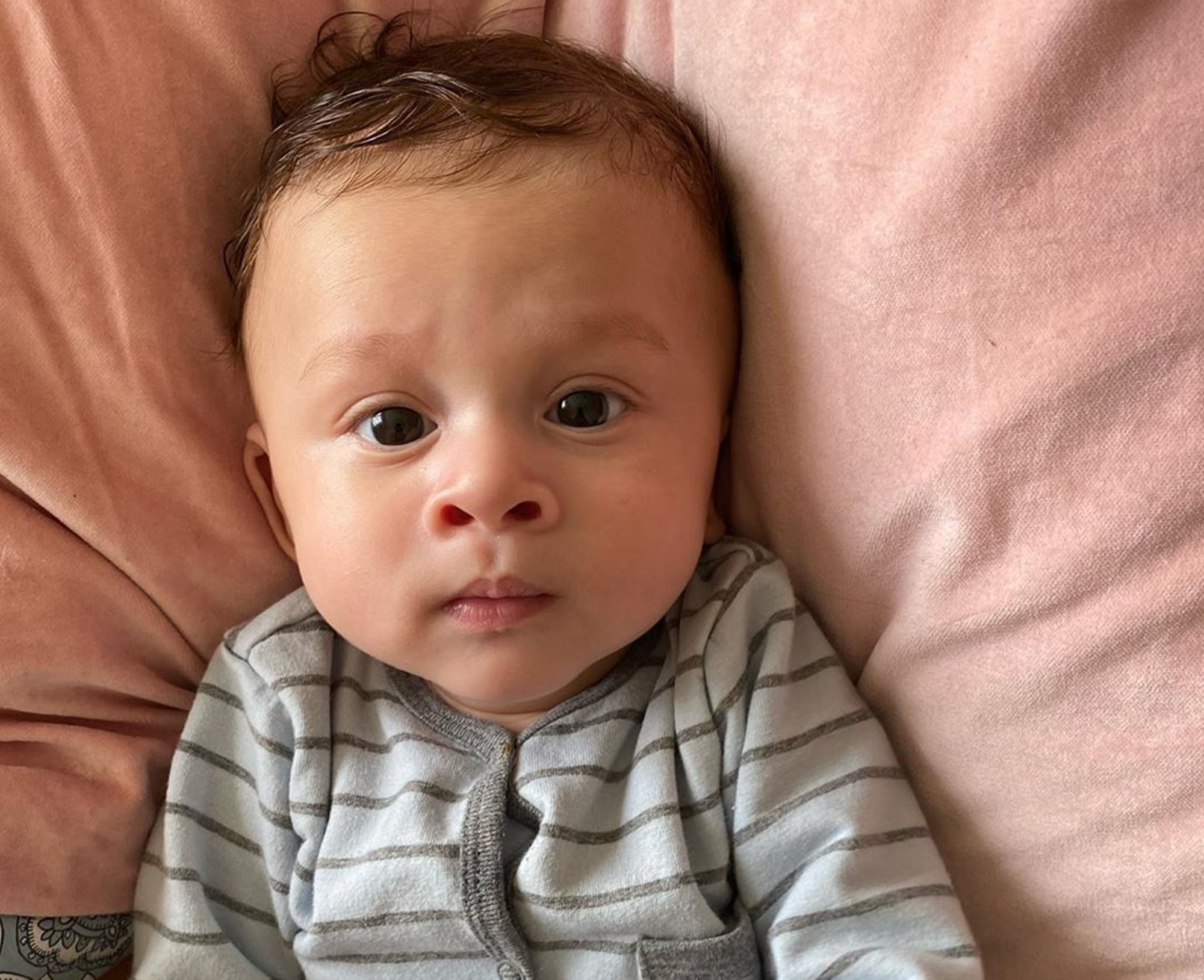 This week, the model took to social media, where she delighted fans with a few photos of her little boy, and they cannot get enough of the cuteness overload.

In her latest post, the three-month-old is sleeping and looking more than adorable. In the photos, the new mom and model also showed just how big her baby boy has grown and how much he takes after his famous father.

The snaps were praised by many, and it also sparked a debate about parenting style.

One person made this remark: “Everything about him from head to toe !! Smh u finna girls at your door pulling up.”

This backer explained: “He was gone be in kindergarten telling person his address them lil kids finna be like “mommy breezy’s son live here.”

One person stepped in to make this statement on the matter: “It doesn’t work like that with Asian parents! We’re going to have applications for these girls to fill out 🤣, maybe just maybe because they have different mothers 🙄. And he looks like Chris. Sorry, you can’t see it.”

Another follower shared: “That would be assuming that Parents of other Cultures are slacking on that… TRUST, its Parents of ALL Cultures. No Parent wants just ANYONE for their Children. 🤷🏽‍♀️💯”

A more neutral voice explained: “Tbh, that’s kinda a weird way to think of your toddler maybe focus more on raising a good man than that. You a tr.oll on the mother’s page telling her her child looks nothing like her but more like the child of his other baby mother. Show respect and know your place. Fr, I don’t get how people say he doesn’t look like Chris brown lmao. He looks just like him; they be hating no cap.”

Do you see my aura? @prettylittlething

This person chimed in to end the debate about the baby’s skin color: “I did not say both his kids look alike. The person you underdid. They look nothing alike, and I say, no Aeko looks like his own mom, period. I even describe why. You alls claims give no features that match Chris’s because they do not, they match Ammika. You all for.cing them to be twins when they are not especially seeing as people claim. Royalty is his that twin, lmao. Yeah, I only see that you bl.ind. Do I think because of his little pout? It reminds me of Chris, yes, but do not make his features match Chris when he got his mom’s eyes, and lips and that nose is not Chris’s. Royalty has his nose.”

Baby Aeko seems to be getting the best out of her parents.