Chris Brown’s Baby Mama, Ammika Harris, Shares Dreamy Photo Focusing On The Day They Found Out That She Was Pregnant With Baby Aeko 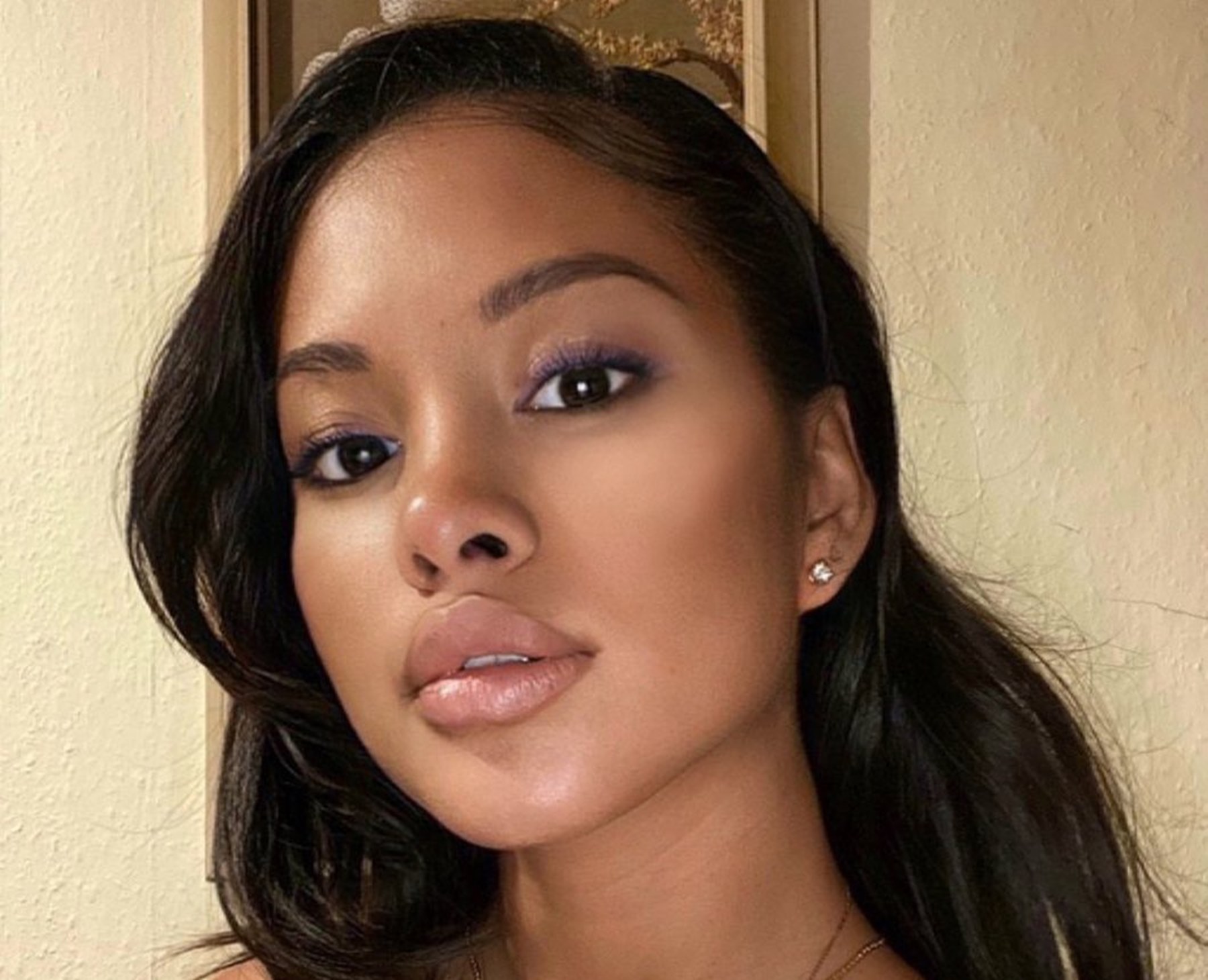 Chris Brown is said to be in California while his baby mama, Ammika Harris, is back at home in Germany. While in Europe, the model has been sharing some rather personal information about her life.

First, she posted a photo of a lavish hotel room in Paris, France, and hinted that this is where their baby, Aeko Brown, was born.

A few moments ago, she shared a pretty photo featuring monarch butterflies and made this confession about the day that she and Chris found out that she was pregnant.

She wrote: “When we found out I was pregnant, thousands of monarchs were flying in the backyard for days. I think it was a good omen.”

One fan asked if she took the photo, and she responded by: “I didn’t took (take) this picture, I saw it and immediately thought about the event.”

When we found out I was pregnant, thousands of monarchs were flying in the backyard for days. I think it was a good omen.

A critic stated: “She sounds kinda fob sorry, not sorry, that’s why she needs to stop responding to comments. This, not the first time I read some illiterate $h*t.”

This backer claimed: “Because her Instagram is public & I’m grown, which means I can do whatever tf I want 🙂💁🏻‍♀️ , but you know what she meant 🤷🏻‍♀️ Amazing. This was meant to happen to you, guy. Most definitely, it was ur child gonna be something special.”

Another supporter wrote: “I see you are mixing Deutsch with English girl, and the same thing happens to me 😂 Beautiful message. A butterfly means change, grow, luck, etc. & there was Aeko. ✨🤎”

It was recently revealed that Chris loves the way Ammika has been caring for their three-month-old son.

The person told Hollywood Life: “Chris is confident that Ammika and his son will be back in the states soon enough, and he can’t wait to hold them again. Chris loves them both so much, and they are everything to him. He knows they’re doing well in Germany and have a lot of support there from Ammika’s family too. Chris is constantly getting updates on how they’re doing, and he loves seeing how much his son is growing up. Chris knows what an amazing mom Ammika is, and he’s completely confident that she’s taking amazing care of Aeko while they’re in Germany.”

The tipster added: “Ammika is not currently living with Chris at the moment, and she’s still in Germany at this point with Aeko. It’s unsure when she’ll come back to the states, but she is constantly in communication with Chris. Ammika is always talking with Chris over FaceTime with Aeko, texting, sending pictures and videos, etc. so Chris is still very much involved in his son’s life and knows what’s going on with him and Ammika at all times.”

The baby’s parents are getting close.

Oprah Winfrey’s Boyfriend Stedman Graham Opens Up About Her Running For President - 'She'd Do The Job!'

I think its great. Nobody knows what is going on between she and Chris. But what she should do, is ignore the rude and ignorant comments made by people who don’t know anything.
The baby is beautiful and she and Chris know what’s going on. That’s all that matters.