Chris Brown’s Baby Mama, Ammika Harris, Reveals The Pain And Suffering She Went Through To Take This Jaw-Dropping Photo 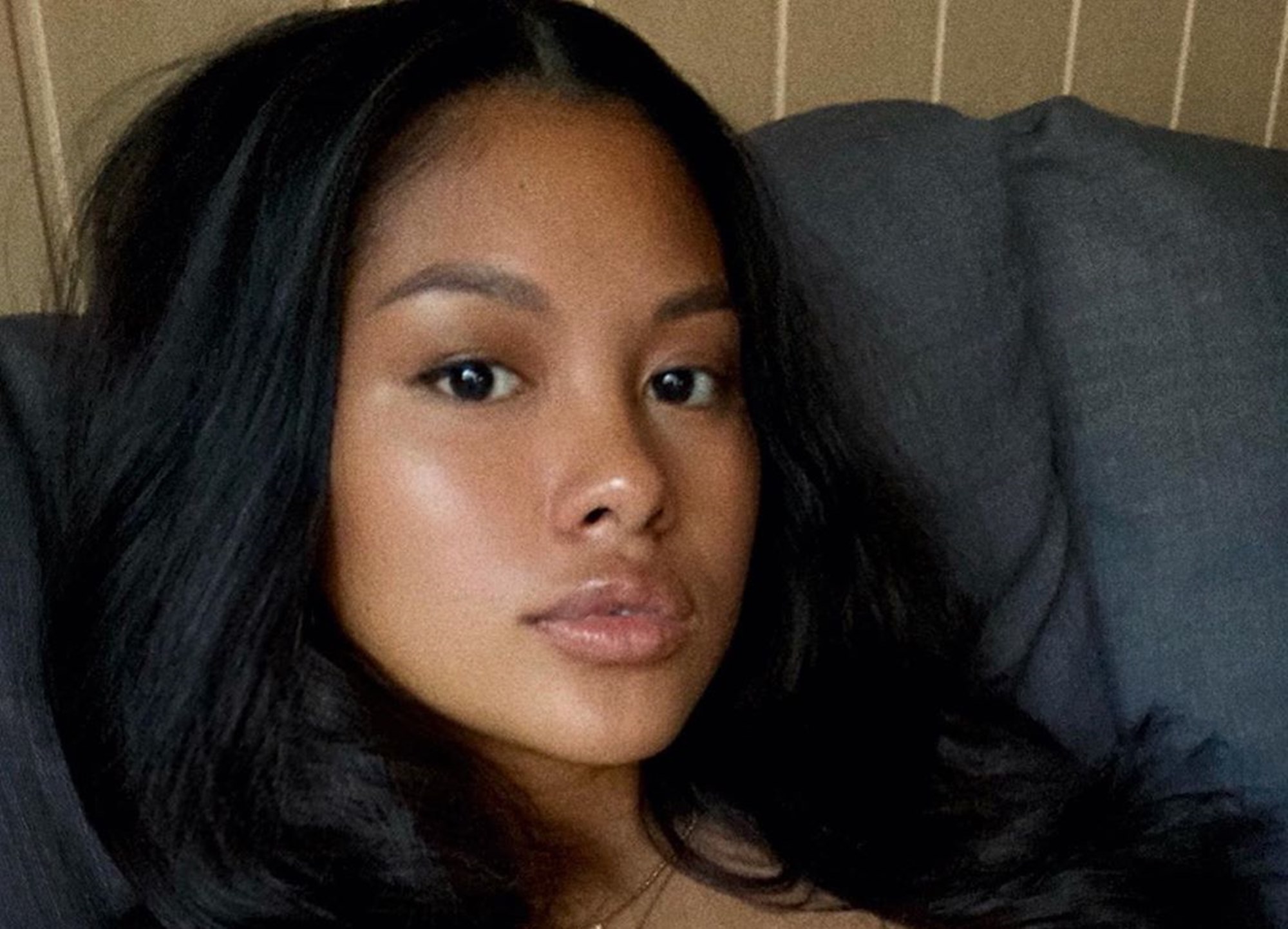 Ammika Harris, who gave birth to her baby boy, Aeko, about four months ago, is back to work as an Instagram model for various brands.

Chris Brown’s ex-girlfriend is currently in Germany with her baby boy. The young woman recently took to social media, where she posted a sexy photo in a skin-tight bustier while lounging on the floor.

In the photo, Ammika flaunts her killer curves and has her massive cleavage on full display. Via the caption, Ammika explained that her breasts were surrounded by needles and pins for the shoot.

She stated: “Let me say this, that pose look so easy but it WASNT. I had needles all around my titties. But I had so much fun with the team. ❤️🥰”

She added: “We actually added material so my boobs won’t fall out 🤣.”

One fan had this reaction: “You seem so zen and chill all the time, do you ever get out of character a lot? You are an absolute doll. But I need to see more of my baby Aeko 😍😍😍 lol. He’s just light to look at. ❤️❤️❤️ I am sending you guys to love.”

The Only one for me ❤️

Another commenter stated: “Loll I’ve always had small boobs after pregnancy and giving birth my boobs never really shrunk although they ain’t huge I gotta be careful on certain tops now 😂 like my one shoulder strap top I had to keep pulling up I can’t imagine your struggle with that strapless top.”

🥰 JACK JACK FROM THE INCREDIBLES

Because Germany’s borders have been closed for 30 days, Chris cannot travel to Germany to see his son and a source said this is how he feels about the matter: “This is not easy on Chris because right now, he doesn’t know exactly when he’s going to be able to see his son again. First, there was the US travel ban, and now the EU has fully closed their borders so he can’t go there and visit for at least a month. It’s rough.”

The person told Hollywood Life: “Chris is doing his best to stay strong. He facetimes with Ammika, and he gets to see Aeko that way. And she sends him videos and pictures all day, and it’s not the same as getting to hold [Aeko].”

I have the most beautiful baby boy 🥰

The pal concluded by: “Ammika is still modeling, and she’s been doing photo shoots for Fashion Nova in Germany, and Chris just wrapped his tour, so he’s enjoying some downtime, but he’s always working on something behind the scenes.”

It will take a little time for the family to reunite.