Chris Brown’s Baby Mama, Ammika Harris, Returns To Social Media With A Stunning Photo And A Message For Her Son Who Is Still Shrouded In Mystery 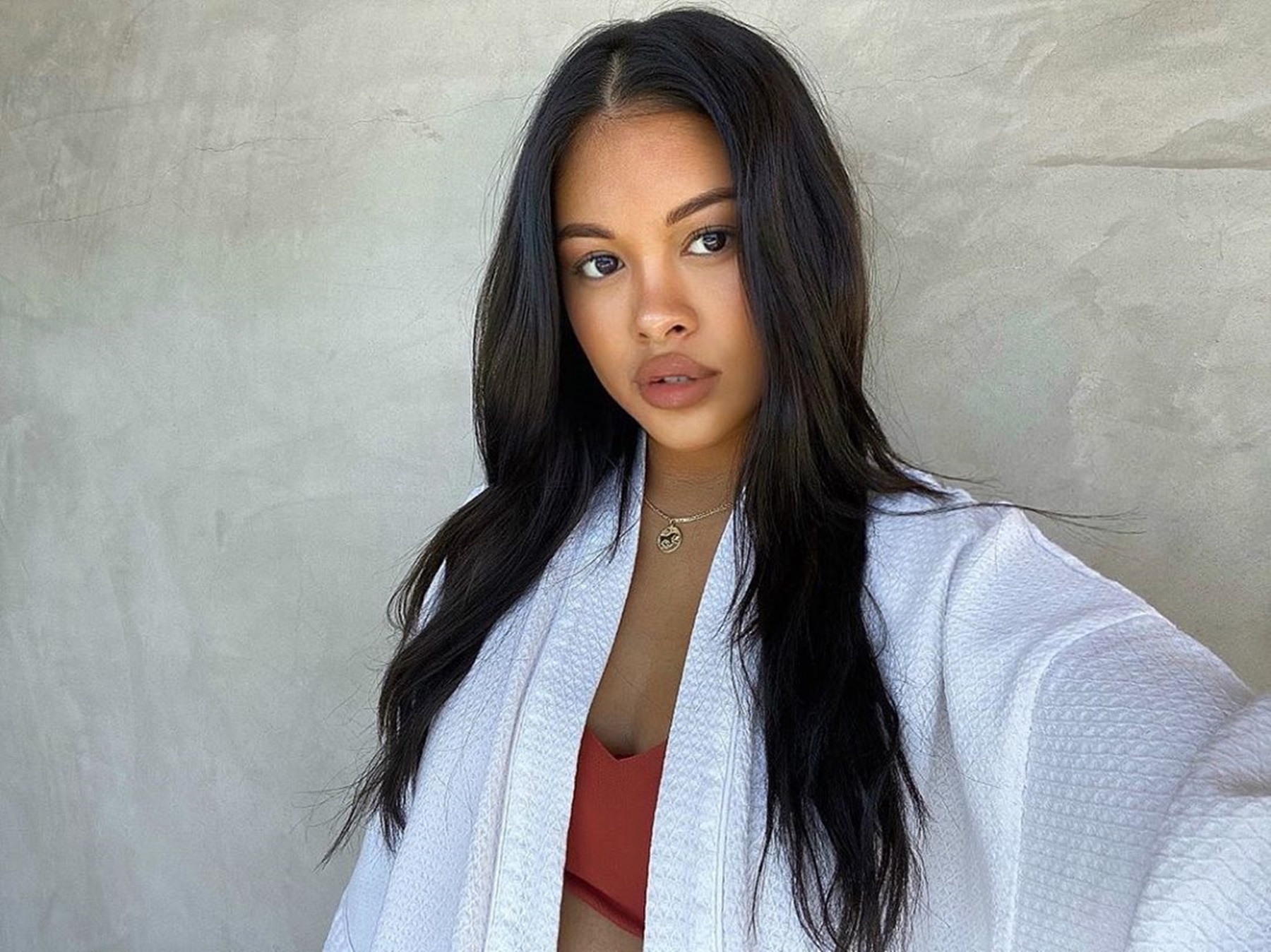 Even though that neither of the parents has confirmed the pregnancy and the birth of the child, or even the relationship between the two of them, a lot of Chris’ fans had been speculating about their romance for many months.

In addition, the rumor of the speculated pregnancy was fueled even more when both Chris and Ammika shared mysterious posts on social media.

The first clue for the fans came when Chris posted a snap of him looking extremely excited about something. The famous singer captioned his post with only writing a date “20-11-2019” without adding anything else.

🐻. “Hover” by MAC probably is my favorite and every day lip liner.

However, Chris cemented the theories about the birth of the rumored baby when later he shared another photo afterward with him posing with a hoodie with the word “BORN” written on it.

Furthermore, Ammika also raised suspicion when she wrote on her Instagram, “I was in love when I first saw you,” followed with a heart on the 21st of November, which made the speculators believe that she was referring to her newborn.

The first theories about the rumored pregnancy started circulating the Web back in June, but Ammika never confirmed and tried to prove she was not expecting a baby by regularly sharing photos of her looking as slim as ever.

Chris and Ammika reportedly initiated their romance back in 2015, and gossip about their relationship resurfaced again in 2019.

According to many, even though Chris was involved with model Indyamarie, but due to Ammika’s pregnancy, the fling did not last long.

The new mother took to social media, where she posted a sexy photo of herself and declared her love for her son, and many fans rushed to comment.

A follower said: “If you do have a child, congrats!! I’m a mother having a baby. It such beautiful feeling words can’t even express the way I feel☺️I can’t wait to see your beautiful baby!!”

This follower stated: “Congratulations on your new blessing u deserve nothing but positive vibes hun ❤I want to see a pic of you pregnant beautiful.🥺”

One critic explained: “So annoying lying about being pregnant 😴Biggest attention seeker in the world. Boring now.”

This child is shrouded in mystery.

Rasheeda Frost Has A Karma-Related Message For Her Fans

Congratulations, to all the, Wonderful Celebrities! A Man that find A Wife obtain Favor from The’ LORD! Prov. 18:22 You All Men especially Celebrities, Keep all your Eggs In One Basket! An Keep it $100 Kids are always Individuals Ones, that’s get Caught up in the, cross fires, of Relation ships: Children’s they’re Always the, One Individuals, that Innocent: (“GOD”) Bless!!! You’ll All” FR: Mama, GrandMa, GreatGrMa Thank the Most HighGOD!

Congratulations to you Mr.Chris Brown and your son mother, love you both & and your gorgeous daughter as well.😍😍😍

A lot of things are kept private. If Chris is a father again, I just want to say congratulations to them both. I welcome my new cousin to the family with much love 💗.