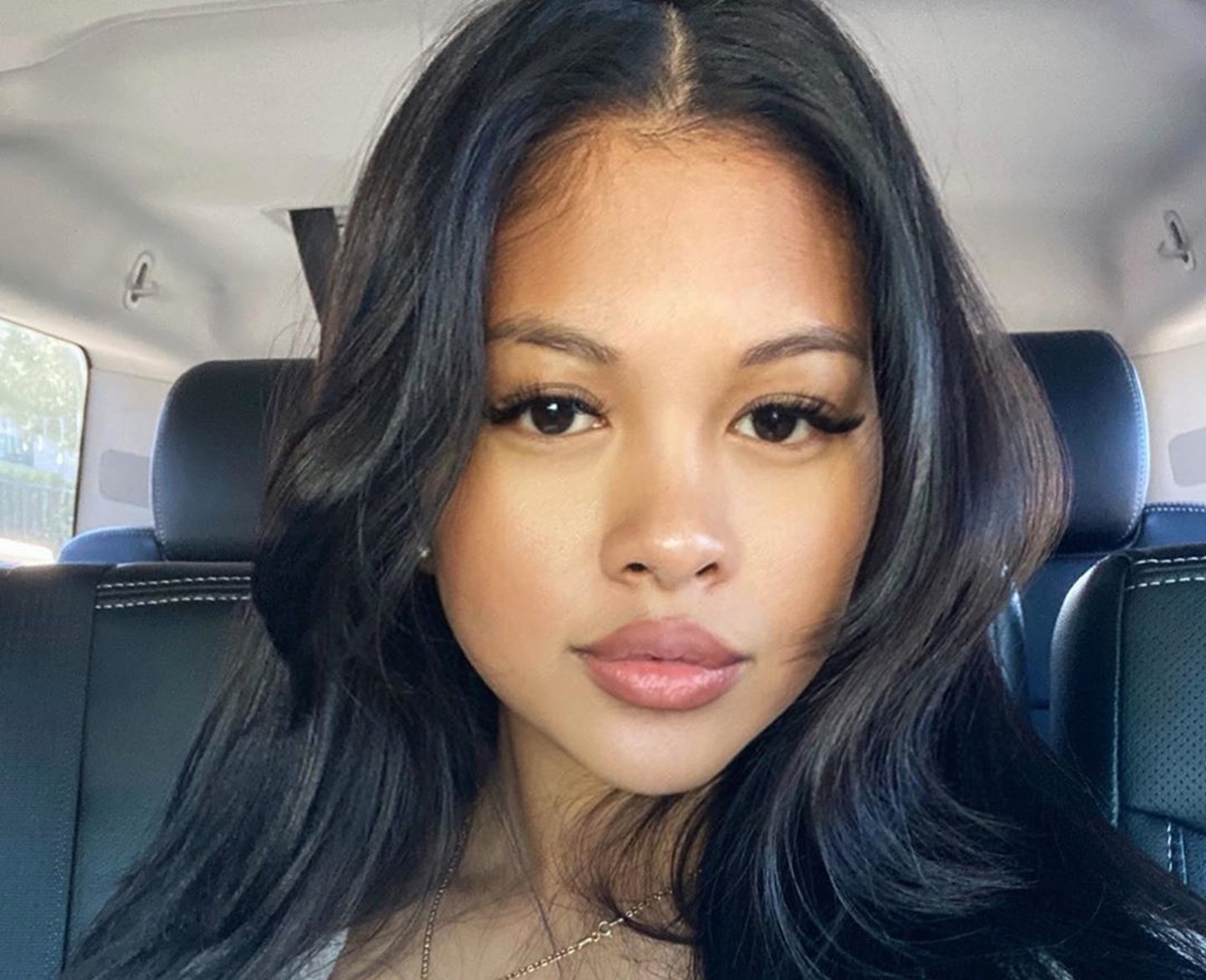 It seems that Chris Brown’s on-and-off girlfriend, Ammika Harris, cannot catch a break. The new mother, like many other celebrities, took to social media, where she posted a few pictures wishing her fans a Happy New Year.

The model unveiled a series of sexy bikini pictures where she showed off the angel wings tattoos on her back.

In her caption, she joked about not many people knowing about her massive tattoo.

One person popped up in the comment section to say Ammika was given Aaliyah vibes, and some critics stepped in to start a fight.

A defender added: “She said Aaliyah vibes, not that she looks like Aaliyah. Lmaoo, 😭 why was that the first thing that popped in my mind too 😩All you can do from here is fly babe!!! ❤️”

This social media user explained: “I remember this picture. You have me, Aaliyah vibes❤️. “None of Your Concern 2020” and Happy New Year love.🥳”

This fan told the model: “It’s not hard to see where she was coming from. By saying Aaliyah vibes, these pictures definitely give off a 2000 vibe! Negative Nancy’s as usual. Your so beautiful Mika. Good luck with baby Aiko.”

Meanwhile, Chris is said doing all he can to be the best father to his 5-year-old daughter, Royalty Brown, with ex Nia Guzman after welcoming his son, Aeko, with Ammika.

A source told Hollywood Life: “Chris is the proudest dad you’ve ever seen, and he loves to talk about his kids. He still gets so emotional talking about his son being born. He was there in the delivery room, which was a first for him, and he was blown away by that.”

The person added the following to the media outlet: “He’s very careful to make sure Royalty doesn’t feel left out or get jealous. That’s why he went so crazy at Christmas for her, sending her on a Disney cruise, and then when she got home, he spoiled her with tons of gifts. And so far, there is no jealousy, and she’s just a very proud big sister.”

The insider concluded with: “He is really looking forward to getting Royalty involved in everything and expects her to be the most amazing big sister ever. He loves the fact that he has a daughter and a son, and he now feels complete.”