Chris Brown and Zendaya dropped their 2016 duet in the form of a single titled “Something New,” but right when it was supposed to have a music video released, Zendaya decided to shelve the video. That happened right when Chris Brown bashed Kehlani for her suicide attempt in various Tweets.

“Something New” was a hit and fans had been waiting for a music video. But after Brown’s inappropriate comments from March 2016, Zendaya decided to unfollow him, along with many other celebrities.

Late last night, Chris decided to reach out on Instagram in a Story, where he shared a few seconds of the unreleased video, telling Zendaya to release that video: “@zendaya I HOPE YOU DROP THIS VIDEO WE DID A LIL WHILE AGO!!!!!" he wrote. "ITS TOO FIRE TO BE ON DA SHELF.” 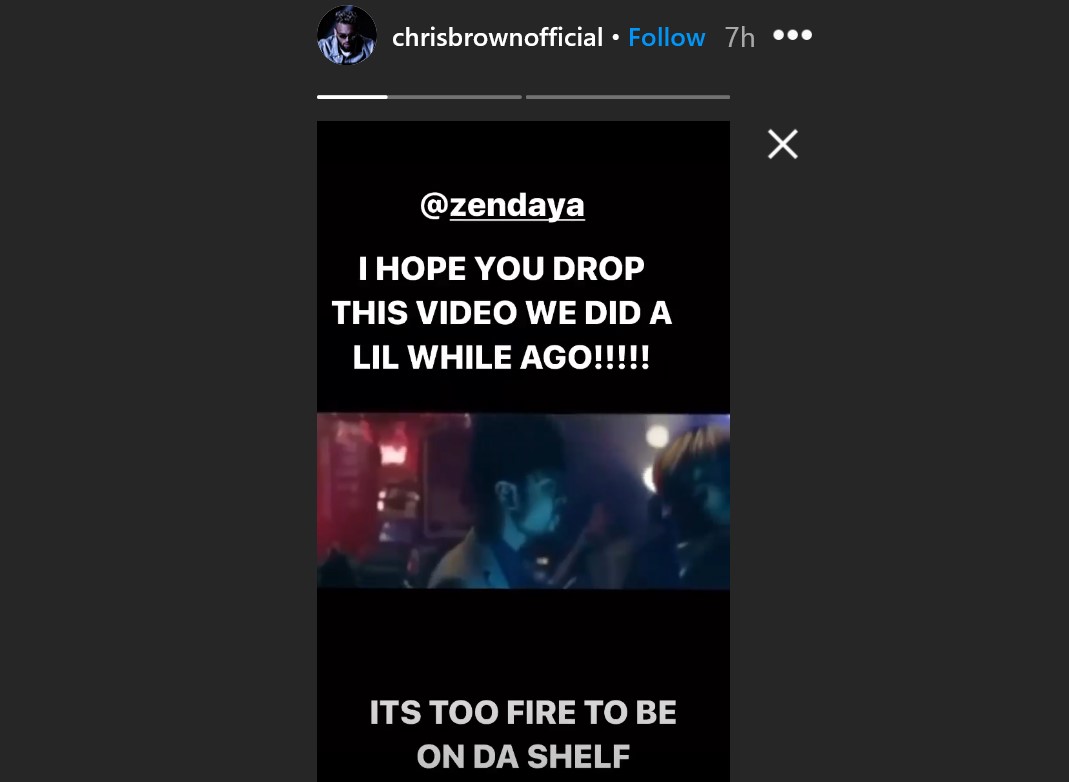 So far, we don’t know whether Zendaya saw Brown’s message or not, but we are sure the message will get to her one way or another. Will she have “something new” to say about the video? We can only wait and see…

Ammika Harris Has Extra Confidence From Being A Mom - See Her Posing In Lingerie Again!

Zendaya and Chris collaborate on this hit, although it was initially supposed to be a duet with Kenneth "Babyface" Edmonds. Eventually, Chris Brown took his place and the song had quite the success. After four years, would you want to see the music video to “Something New"?

Recently, Chris Brown has been making headlines after he and Ammika Harris had been exchanging some cryptic messages, suggesting there’s some trouble in paradise. He posted a photo on his Instagram page, captioned “YOU GONE CRY ON MY BUS OR DA BUS !?”

Meanwhile, Harris had posted a text photo on her Instagram Story, saying “I’m at the ‘don’t talk to me unless you wanna wife me’ stage.” That’s all happening after the two had unfollowed each other on Instagram a few weeks ago.

Rare and touching couple exit: Zendaya and Tom Holland on a walk around Boston