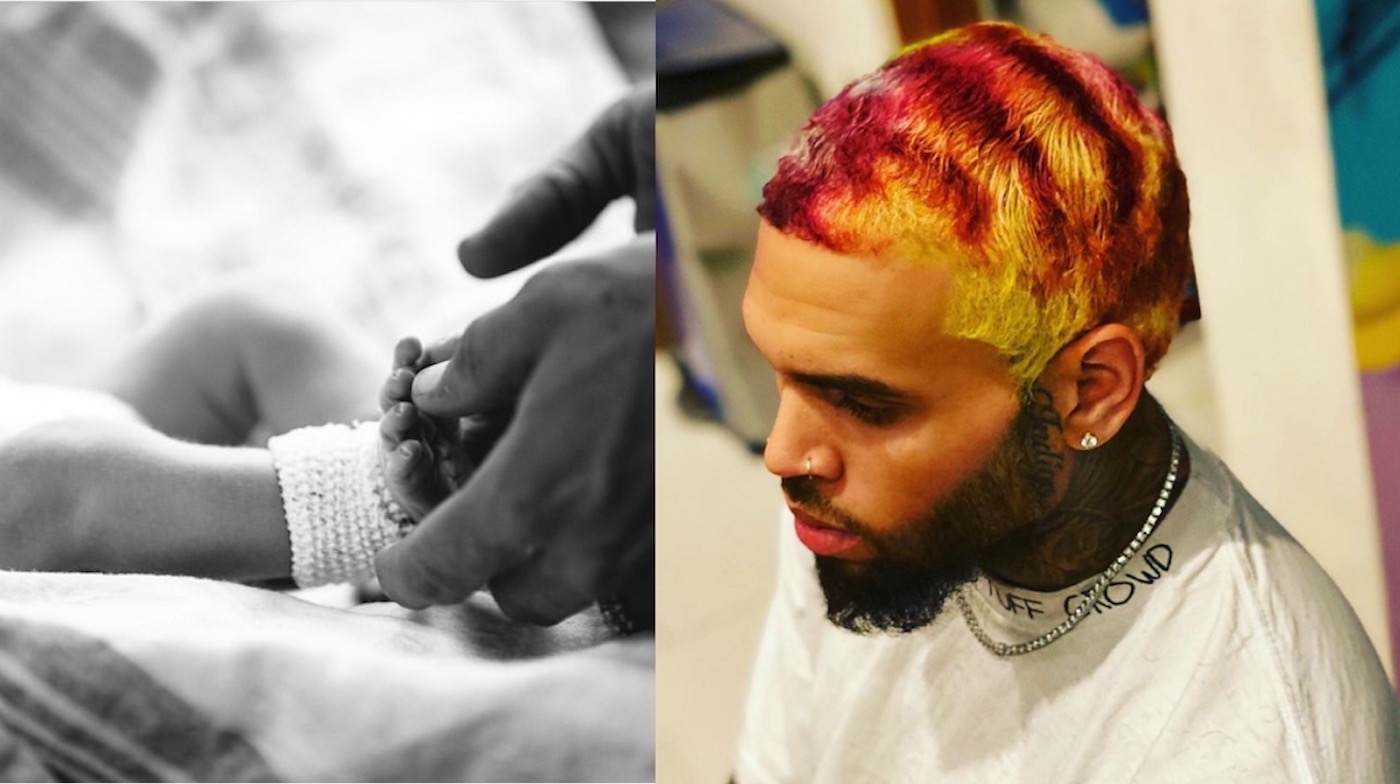 Chris Brown has made a habit out of showing his two kids off on social media! That being said, the latest post shows his infant son, Aeko being super adorable before bedtime!

It looks like the 2 month old was really tired since his parents were able to catch him on camera yawning in the cutest way.

It’s safe to say that all of Chris’ followers who stumbled upon the clip melted at the sight!

The proud father knows all too well what kind of effect his beautiful children can have on people which is why he often posts about them on his online platforms.

In fact, he does it so often that it’s like his accounts are fan pages for Aeko and Royalty these days!

The clip he posted of the baby boy before going to sleep showed little Aeko with a fun filter on, looking really sleepy.

In the background, there was some music playing and someone, probably Aeko’s mom, Ammika Harris, was caressing his sweet face with their finger.

Clearly, the caressing worked wonders on the infant as at some point in the video, he started yawning and it lasted for around five seconds!

Since the footage spoke for itself, Chris did not write anything in the caption, but did leave a sleepy emoji in there.

Chris is over the moon about having a boy and a girl now and is really proud of his family.

One source previously shared with HollywoodLife that he is ‘head over heels in love with Aeko and he cannot believe that he is so blessed to have these 2 incredible children. Chris dedicates all of his free time to his family now. He rarely goes out anymore, and the only time he is away is if he is working. His priorities have shifted and he has matured so much over these past years since becoming a father.’