Check Out Cardi B’s Reaction When She Is Furious On Offset: ‘I Tell Myself Who Cares, I Got A Ring’

Cardi B struggles to find all kinds of ways to deal with Offset’s cheating escapades. One of them is to try and remain calm thinking that she is the one Offset gave a diamond engagement ring to.

On the other hand, this whole idea is one of the least empowering things a woman can think of.

Cardi B starts to cope with Offset’s cheating ways just because he gifted her a beautiful diamond ring. We really don’t know how to feel about this.

She’s probably desperate and she doesn’t know what to do, but considering the fact that she is a celebrity who should be an example for other your woman what she’s saying is not quite right.

Since Offset gave Cardi that massive diamond ring back in October he’s has multiple affairs and one of the women he allegedly slept with, Celina Powell, also claimed that he left her pregnant.

@laquan_smith all over my body

Cardi B discussed with Beats 1’s Julie Adenuga that she told her that ‘Yesterday I wrote a love song and while I was doing the verse I just kept thinking about a couple of months back when me and [scrunched her mouth to hint Offset] wasn’t on perfect terms so I was getting really pissed off and really emotional and then I was like ‘who cares, I got a ring’. Ya know what I mean?’

This is not the first time that Cardi sets back feminism. During a New Year’s Eve concert in New York, she told her female audience that in 2018 if you do not have a job and if you are not in school, you should get yourself a sugar daddy.

We don’t think that this kind of affirmation should be ever made or taken seriously because this is practically prostitution and we do not encourage it.

This whole thing is a bit sad especially since Cardi vowed at the end of 2017 to be a better role model.

In an Instagram video she posted ‘I realized, after Halloween, a lot of little girls, they be looking up to me.’ She continued saying that, ‘They love me and I’m thinking to myself, like, Yo, I need to be a better example.’ 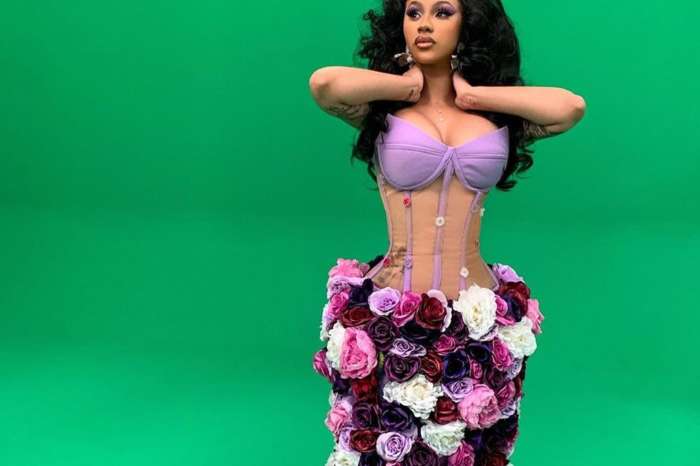 She has to be one of the stupidest celebrities out there. How can anyone like her is beyond me. A terrible role model to boot. She deserves everything she gets from Offset at this point. Dont feel sorry for her…she’s just as ratchet. They deserve each other.