Carrie Underwood Posts The First Photo Showing Her Face Since Her Terrible Injury – Is The Scar Visible?

Carrie Underwood has shared a pic that shows the profile of her face, and it’s the first time we see this much since her accident. As you may know, the star has been staying away from the public life, and her posts on social media have also been quite rare.

Carrie looks just as beautiful as ever despite her facial injury that she needed 40-50 stitches for.

All of the singer and actress’ pictures on social media have been of her hiding her face in a way or another, and this time, although there’s some progress, we still cannot see half of her face!

However, looking at the black and white photo, it seems like we wouldn’t need to see the other side, considering the faint scar is visible already.

After telling her many fans that she had a horrible fall at home, she also warned them that she might look different due to the injury.

But of course, the mark near her nose is nothing to worry about, and she looks gorgeous.

It totally seems like all of Carrie’s anxiety regarding the accident and the way she looks after it is in her head as she has no reason to fret about her looks.

Since she fell on her own property so hard she broke her wrist and needed 40-50 stitches on her face, the celeb has posted a couple of pics, one of them in February.

However, a big red X was covering the lower part of her face.

The post was actually Carrie and her hubby Mike Fisher’s way of supporting the End It Movement.

Doctors say the scar might take two or more years to disappear, but at the same time, it is also possible it may never really go away completely. 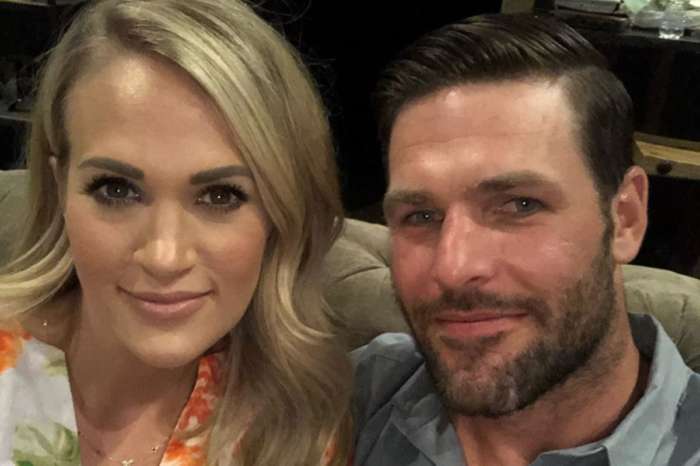 Channing Tatum And Jenna Dewan Reportedly Split Over His Partying