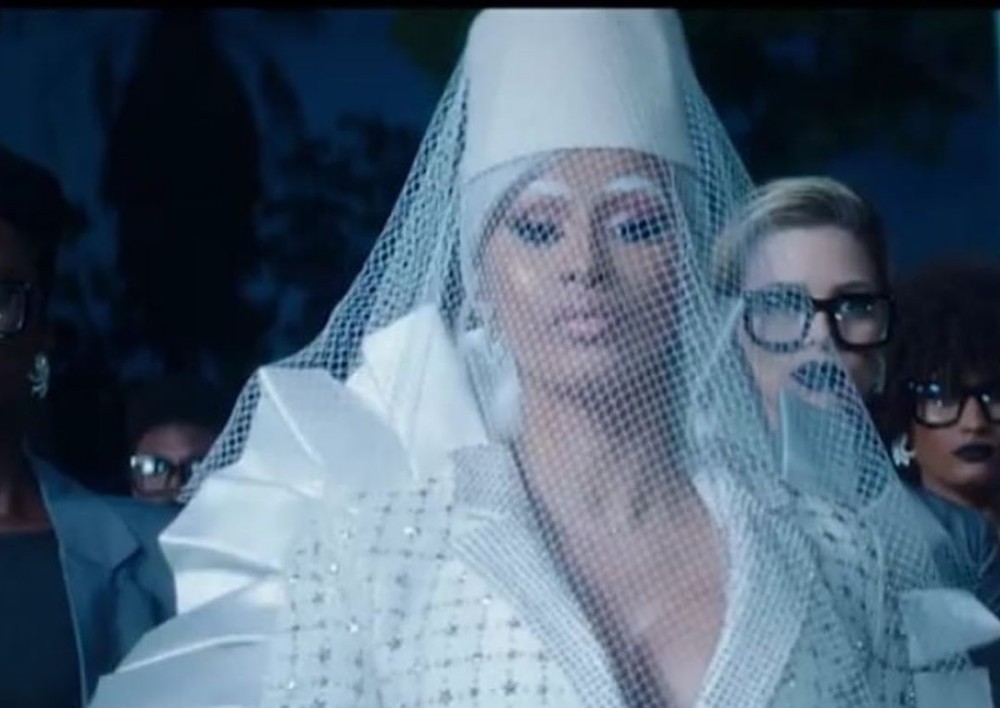 If you’ve seen Cardi B’s official video for her song “Press,” you’re aware that she has some interesting style choices. For one, there is a great portion of the video where Cardi appears nude and then goes through a series of clothing changes. Cardi’s stylist Kollin Carter shared a video clip from the video’s court scene where Cardi wears the elaborate white Viktor & Rolf suit and spoke out about it.

Kollin Carter stated the following, “Press is out NOW! I’ve been waiting for the right moment to use this @viktorandrolf suit, perfect court look! Soo proud of @iamcardib for directing this with @jorafrantzis and allowing me to have my creative input! #styledbykollincarter makeup @erika_lapearl_mua |hair @tressesxsandrine| tailored by @johnallen_jolleson.”

Cardi’s video is viral and the official YouTube video has more than six million views. The white suit is part of the Immaculate Collection Haute Couture AW18. While some fans immediately made comparisons between Cardi B and Lady Gaga, the suit was a big hit with fans who also praised Carid B’s makeup and snow white eyebrows. While Kollin Carter styled Cardi B, Erika LaPearl provided Cardi B’s makeup for the stunning look.

You may see Cardi B’s video in the post below.

Press is out NOW! I’ve been waiting for the right moment to use this @viktorandrolf suit, perfect court look! Soo proud of @iamcardib for directing this with @jorafrantzis and allowing me to have my creative input! #styledbykollincarter makeup @erika_lapearl_mua |hair @tressesxsandrine| tailored by @johnallen_jolleson

Cardi B made a bold statement dressed in white from head to toe. Her hat had a long veil the covered her face and the trim on the back of the jacket created an otherworldly vibe. Tresses X Sandrine provides most of Cardi B’s hair pieces and her hair did not disappoint with this look. Though she wore the white, veiled hat, you could see icy, side-swept bangs peeking out from underneath. They were a true match to her eyebrows and the entire look was iconic and classic.

Tresses X Sandrine explained more about Cardi B’s hair and you can see the full look when she removed the hat for the courtroom scene. According to Tresses X Sandrine, Cardi B had a clear vision of how she wanted to look and the color used was Winter White. Her hair was pulled back into a ponytail, giving the appearance of a bob cut. What do you think of Cardi B’s hair, makeup, and Viktor & Rolf suit? 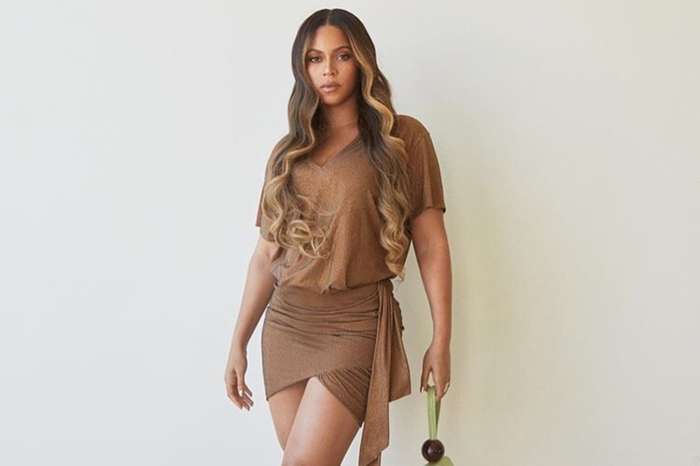