Cardi B Pays Homage To Legends Queen Latifah, Lauryn Hill, And Lil Kim In Sultry Twerking Video While Lashing Out At Her Haters 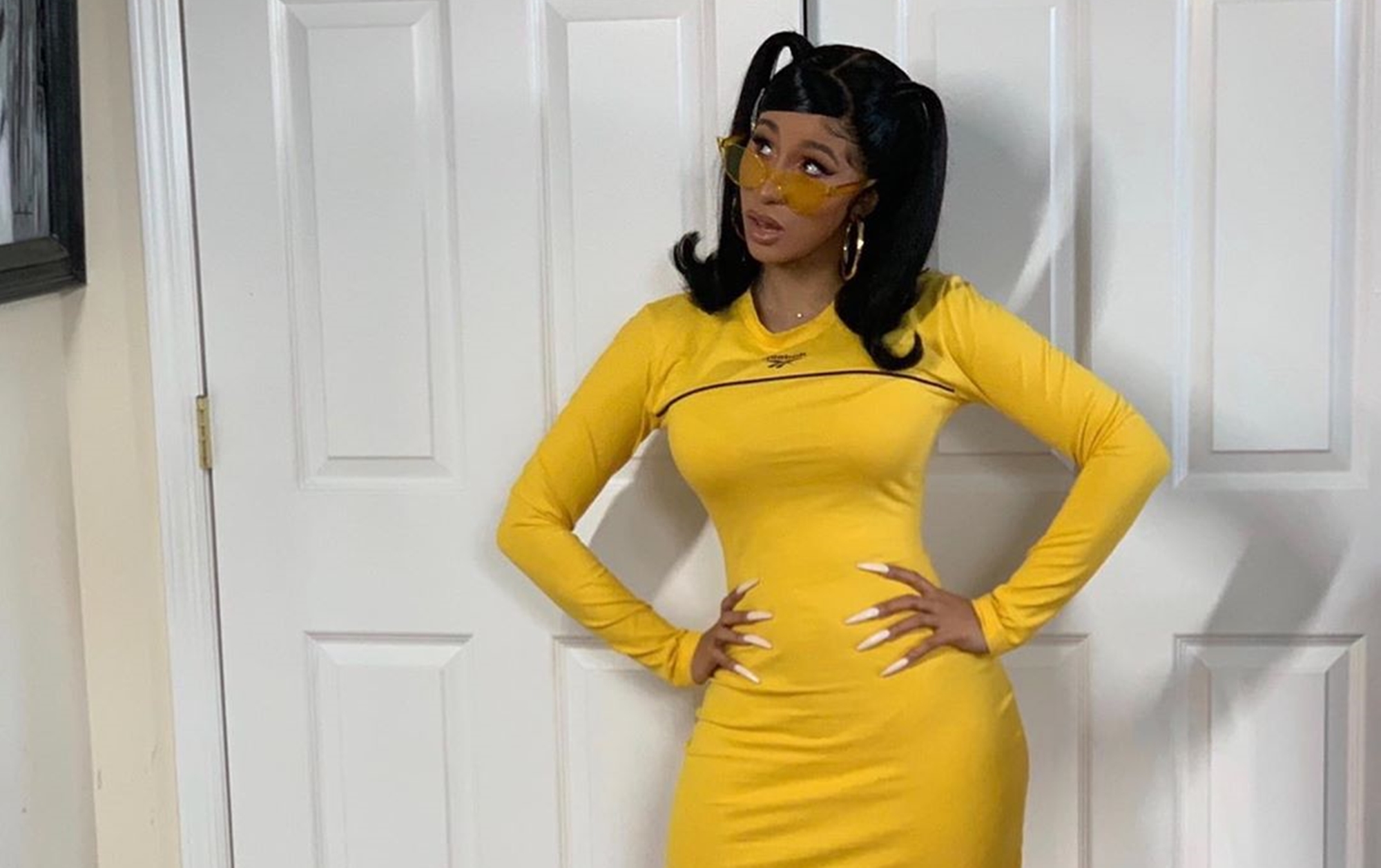 Via social media, Cardi B shared a picture in a tight dress where she is twerking and impressing her fans with her booty muscles.

Offset’s wife filmed the clip while standing in front of a plaque resting above a fireplace with a list of femcees — including the names of Queen Latifah, Lauryn Hill, and Lil’ Kim.

I can’t swim so I bought these titties so I can float.

While may were focused on Cardi’s twerking skills, others noted that it was cool of the diva to pay tributes to the other legends who also are Grammy winners, Queen Latifah, Lauryn Hill, and Lil’ Kim.

Cardi B also took the opportunity to bash those who are still criticizing her for her Grammy win.

She said: “On my album, I showed different sides of me. From my intro talking about my past. To live my best life inspiring people. Relationship songs while I was going thru my relationship drama to shaking ass like Bodak & that A$ S.Every song went platinum! I did it all while I was pregnant. Throwing up, tired, terrible colds and in a rush to finish it so I can start doing music videos before I started showing. I spend 24 hours for months sleeping on a couch with my pregnant, depressed ass in a studio.”

Put this @fashionnova on ya like I told ya …..Is your eyes playing tricks on ya 😉

She added: “I wasn’t even thinking of winning or even the Grammies. All I can think about was …everybody is disappointed in me, am I still going to have a career after this baby? Is this album going to make me or break me? I need to finish before I start showing. All while I just separated from my long-time manager. I had to get my husband to talk to my label cause I never had a relationship with them, so we all came together to relocate me to Atlanta and Miami to finish my album before my stomach starts showing. When I kept seeing the certifications of the songs going gold or platinum, I was so excited cause my husband was out here asking everybody for a feature on my behalf so the ones that said yes thank you from the bottom of my heart cause TRUST ME ALOT OF ARTIST SAID NO! OR CHARGING 6 figures for a feature. So when I won a Grammy for it, I didn’t have any words to say but when I went home I started reminiscing on what I went thru during that period I was like YEA B*TCH YOU DESERVE THIS SH*T !and until this day my sh*t still charting. When I won Nipsey said on a comment to me WHEN IS YOUR TIME IS YOUR TIME! Now when I speak to an upcoming artist or people who ask me for advice, I tell them the same thing! WHEN IS YOUR TIME IS YOUR TIME and when it comes don’t let nobody take that special moment away from you !”

Cardi B is now using her influence in different places like politics.