When her husband, Offset , was pulled over and detained by the police, Cardi B apparently argued with the officers for him as captured in a picture that shows her in a tense conversation with the cops while the other rapper was in handcuffs. As you may know, Offset was not arrested in the end but the WAP rapper’s cousin, who was also there, was!

Cardi B was not afraid to confront the police a couple of days ago when her husband was pulled over by police even though he kept claiming he was the victim since some Trump supporters were hitting his car with a flag pole.

Pink Claps Back In Response To Hateful Comments After The Singer Makes Her Support Of The 'Black Lives Matter' Movement Clear!

The newly surfaced pic shows Cardi in mid-conversation with the authorities. 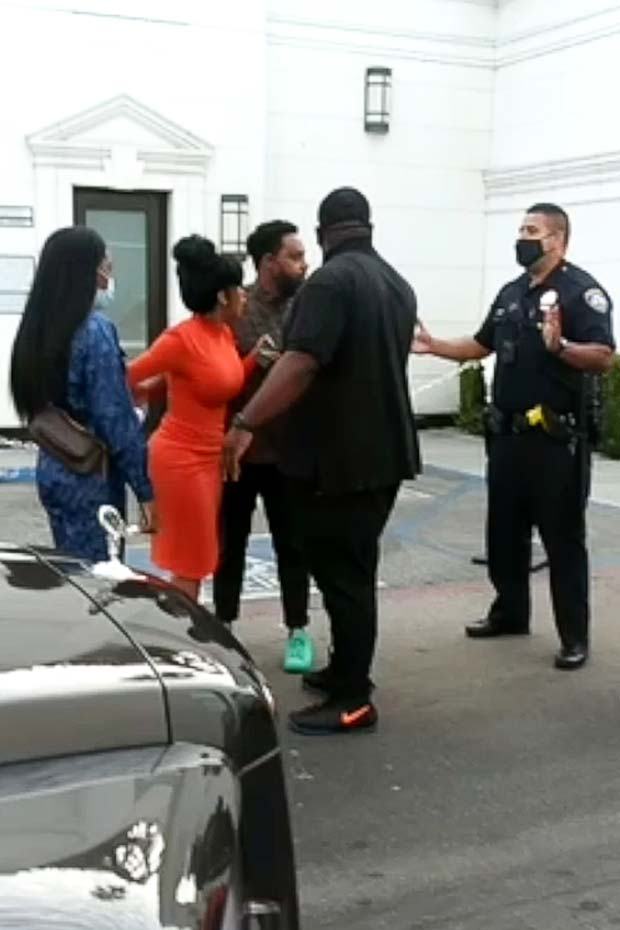 The female emcee was wearing the same orange dress she had posed in earlier that day, in the background, the same vehicle involved in the police incident being featured!

Kim Kardashian Announces KUWTK Will End For Good In Early 2021 - Check Out Her Statement!

Later that evening, the drama happened and Cardi came back to her platform to share a video in which she was in the car with her husband.

‘Trump supporters are everywhere. I’m scared… We’re gonna get jumped,’ she told her followers in the clip.

Furthermore, the Migos star live-streamed the incident on his IG account.

Offset was later dragged out of his car and put in handcuffs by police after someone claimed he was ‘waving guns.’

In the meantime, a statement by The Beverly Hills Police Department clarified that Offset was not arrested via HollywoodLife.

The statement explained that a ‘passerby provided a license plate to the vehicle, and the vehicle was stopped by patrol units a short distance away. After the on-scene investigation, the passenger in the vehicle was arrested. The victim of the crime did not desire to press charges for the pointing of the weapon.’

As you might know by now, the person arrested was Cardi’s cousin.

Ariana Grande Shows Before And After Pictures While Promoting Her R.E.M Beauty Line On Instagram Stories