Camila Cabello Body-Shamed For Having Cellulite — Here's Her Response

Camila Cabello was body shamed and she isn't going to take it. After people criticized her body, she turned to Instagram to share a post where she discussed how terrible body-shaming is as well as discussed the unrealistic expectations that young girls have as a result of photoshopped images and filters on photos.  Camila spoke out on her Instagram story and revealed that what she had hoped would have been a joyous post about the two year anniversary of "Havana" quickly turned negative when she realized that people were body-shaming her.

Most people recognize Camila Cabello as a beautiful woman with amazing vocals and a vibrant personality. But for these people, they were calling Camila names and critiquing every inch of her body. Camila said when she first saw the derogatory headlines body-shaming her she became insecure about her body image.

"I'm writing this for girls like my little sister who are growing up on social media. They're constantly seeing photoshopped, edited pictures and thinking that's reality, and everyone's eyes get used to seeing airbrushed bodies and airbrushed skin, and suddenly they think THAT'S the norm.?!!! It isn't. It's fake. AND FAKE IS BECOMING THE NEW REAL. We have a completely unrealistic view of a woman's body. Girls, cellulite is normal. fat is normal. It's beautiful and natural. I won't buy into the bullsh*t today!!! Not today satan. and I hope you don't either." 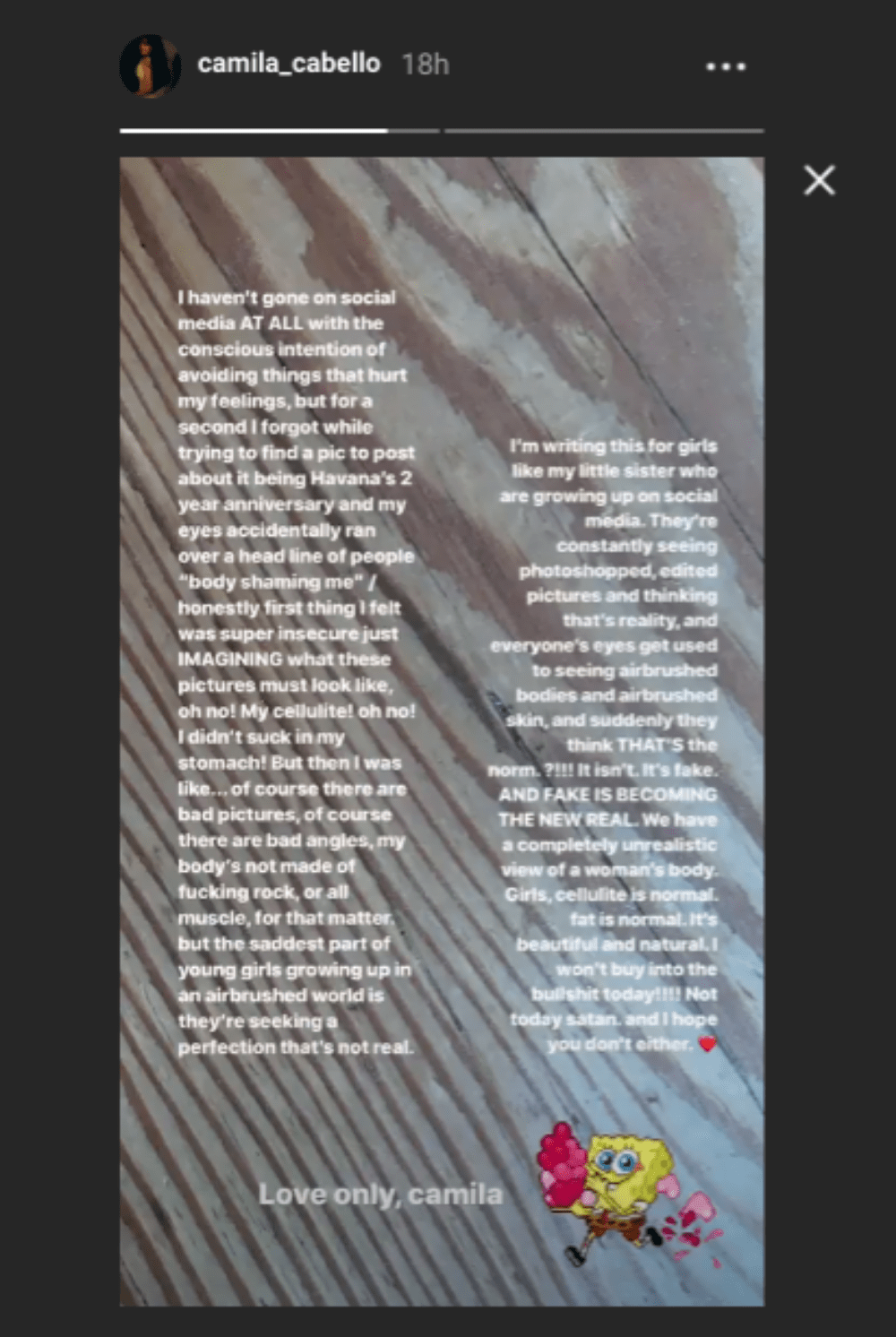 Camila has received a lot of support and praise for her comments. Fans are supporting and encouraging her by letting her know that she is perfect just the way she is. They are also praising her for her powerful words and agree that body image is very important and young girls need to understand that what they see on social media sites like Instagram isn't real.

What do you think about people body-shaming Camila Cabello? Are you surprised that people are calling her fat for having cellulite? Do you agree or disagree with the way she handled it and what she had to say not only to her haters but to young girls?

Tamar Braxton Has An Important Confession To Make For Her Fans

Gabrielle Union Praises A Woman Who Is Changing The World