It appears that the loved up couple is getting more and more serious by the day, even meeting each other’s parents and they don’t care who sees since it happened in public as well! Camila Cabello and Shawn Mendes were caught on camera by the paparazzi having another romantic stroll around Brooklyn, NY all the while holding hands and smiling brightly.

But that was not all! Camila also met Shawn’s parents and not even that stopped her and her fellow singer boyfriend from packing some PDA, aka hand-holding in this case.

That’s right, the pair was seen hanging out with the people who created Shawn, his mother Karen and father, Manuel and some may argue that this is the most important step in any evolving relationship and a sign things are getting serious.

Appropriately enough, during the hangout session, Shawn was wearing a sweatshirt that read: ‘i <3 my mom!’ across the back while the front read: ‘Beautiful mother’s day <3.’

Meanwhile, Camila did not show love to her mother with her clothes but she did show support to none other than rapper Travis Scott since she was wearing Astroworld tour merch. 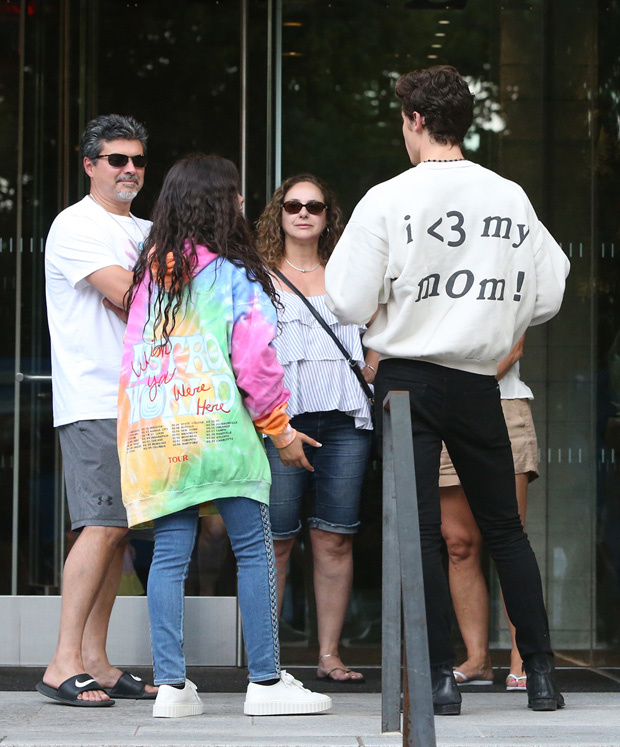 And as if meeting the parents was not a huge milestone as it is, on the same day, Camila also told Shawn those three words in a post on social media that read: ‘Happy birthday to this magic human, I love you!!!!❤️❤️❤️❤️.’

All of this is a pretty big deal since the singers have been only letting people speculate about their romance, remaining coy about it most of the time themselves, and even arguing that they are just best of friends.

But after the last two days, which had them making out at his birthday bash as well as doing more walking around hand in hand, it seems pretty obvious they are a couple.

Camila Cabello In Hot Water After One Of Her Dancers Is Accused Of Doing Blackface On Stage - Check Out Her Statement!

Camila Cabello And Shawn Mendes Celebrate Their 2nd Anniversary With The Most Romantic Vacation Pics!