Brooke Burke Gets Candid About Her Divorce And Moving Forward

As you may know already, the model and actress filed for divorce from her now estranged husband David Charvet earlier this month. Now Brooke Burke decided to talk more about the split and how she is ‘moving forward’ during a segment on Steve Harvey’s show.

The two were married for six years and are also the parents of 11-year-old daughter Heaven Rain as well as 10-year-old son, Shaya Braven.

During her conversation with Steve Harvey, Burke opened up about the difficult process of moving on after a relationship like hers.

‘I recently filed for a divorce, so this is very fresh and vulnerable for me. But my goal and is to move forward with an open heart and to take the wonderful memories and to learn from the challenges I faced and not to bring all the baggage and pass it on to someone else whenever that day comes,’ she explained.

‘And it is easier said than done. You know, ask me in six months or so,’ Burke added.

She also previously talked about the divorce in a lengthy post on Modern Mom, explaining that there was nothing scandalous about her decision to get a divorce.

‘Big life decisions are the hardest when made for the right reasons. It’s sometimes painful to be strong and embrace change. I believe in letting go of ideas and dreams when the time’s right. I’m in that space right now as a woman and a mother, listening to my heart. I’m approaching this with gratitude and unconditional love,’ she wrote.

Burke is requesting joint custody of their two kids.

As for the divorce reasons she specified in the filing, the actress cited irreconcilable differences. 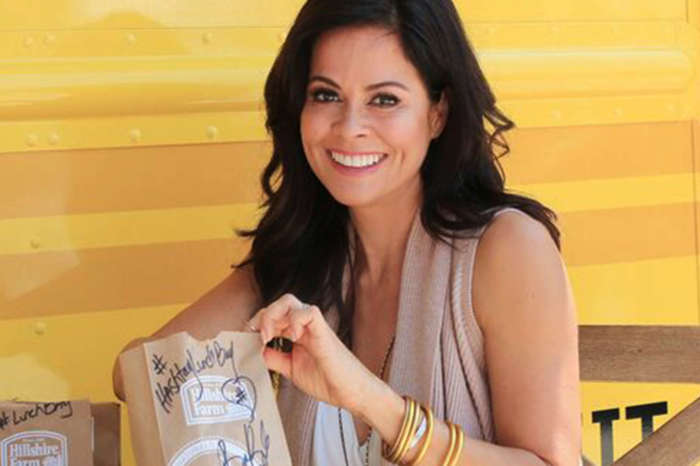