Is Britney Spears sending messages to her fans through her Instagram account? Is she letting her fans know that she's in danger and needs help? Some say yes and they believe that the FBI and government agencies need to step in and help rescue the 38-year-old "Toxic" singer from what they believe is abuse, psychological torture, and manipulation in order to gain and keep control of Britney's wealth.

One of Britney Spears ' Instagram fans left a comment on a post that she shared around August 9, 2020. In the post, he wrote that if Britney was in trouble, to wear a ponytail in her next photo. Not only did Britney wear a ponytail, but she wrote one of her lengthiest captions and spoke about the movie Big Eyes  and stated that she watched the movie because Tim Burton is one of her favorite directors.

The post talked about how Big Eye s is about a woman, Margaret Keane,  whose art was stolen from her by her husband, Walter, who pretended it was his own and made a fortune off his wife's work.

Britney pointed out how Margaret found the strength to leave the situation, reclaim her art and her life, and provide for her daughter.  Once she got her power back, she never remarried.

"I watched the movie Big Eyes the other day by of course my favorite director in the whole world  @timburton  !!! It’s about a fragile yet adorable eccentric woman who has problems with men yet she’s an extraordinary artist who paints children with big eyes 👀👀👀 !!!

She obviously paints them for the love of her daughter … the troubled man she is seeing loves the fame and handles it better so he takes all her glory and says it’s him doing all the work ... in the end she gets fed up and reclaims her art proving it is her that is indeed the artist 🎨👩‍🎨⭐️ !!! She leaves him never to remarry and takes care of her daughter 💕👯‍♀️ !!!!

It was very weird the same day I watched this movie I did a mini photoshoot and look how freaking big my eyes were 👁👁 !!! I mean … my eyes have never been that big !!! It’s actually kinda crazy and they aren’t retouched at all … coincidence maybe ???

If the power of what you see and hear can influence your life THAT much … I mean literally stay away from bad people and raise your awareness with high energy people ✨🌸🌟 !!! That’s what I learned from this … and watch Big Eyes while you’re at it !!!"

You may see a screenshot of Britney Spear's August 9, 2020, Instagram post where someone suggested if she was in danger, to have her next post be a photo of the singer wearing her hair in a ponytail below. 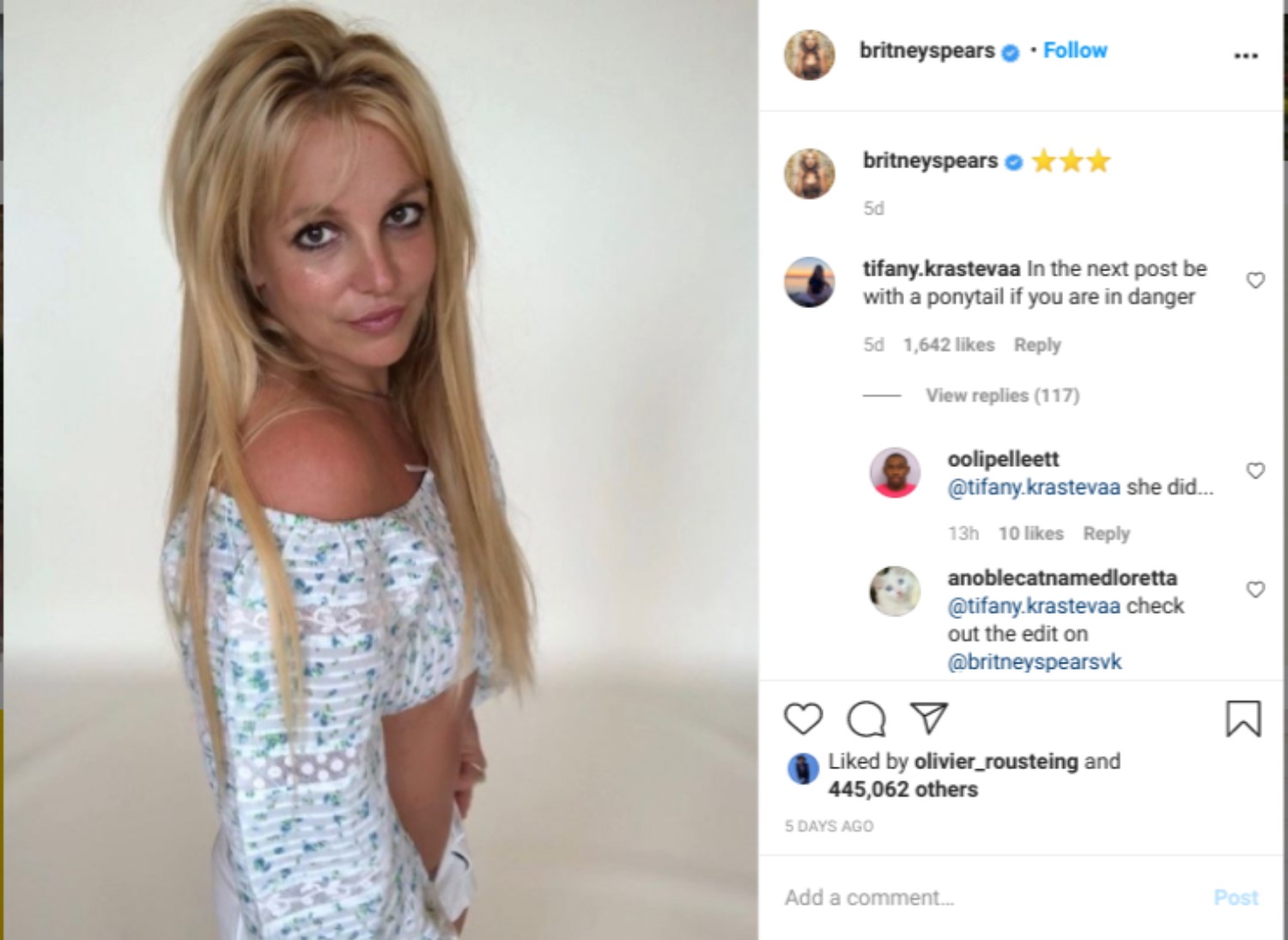 Here is a screenshot of the photo that Britney shared where her eyes looked as if she was one of the artist's portraits along with the caption. 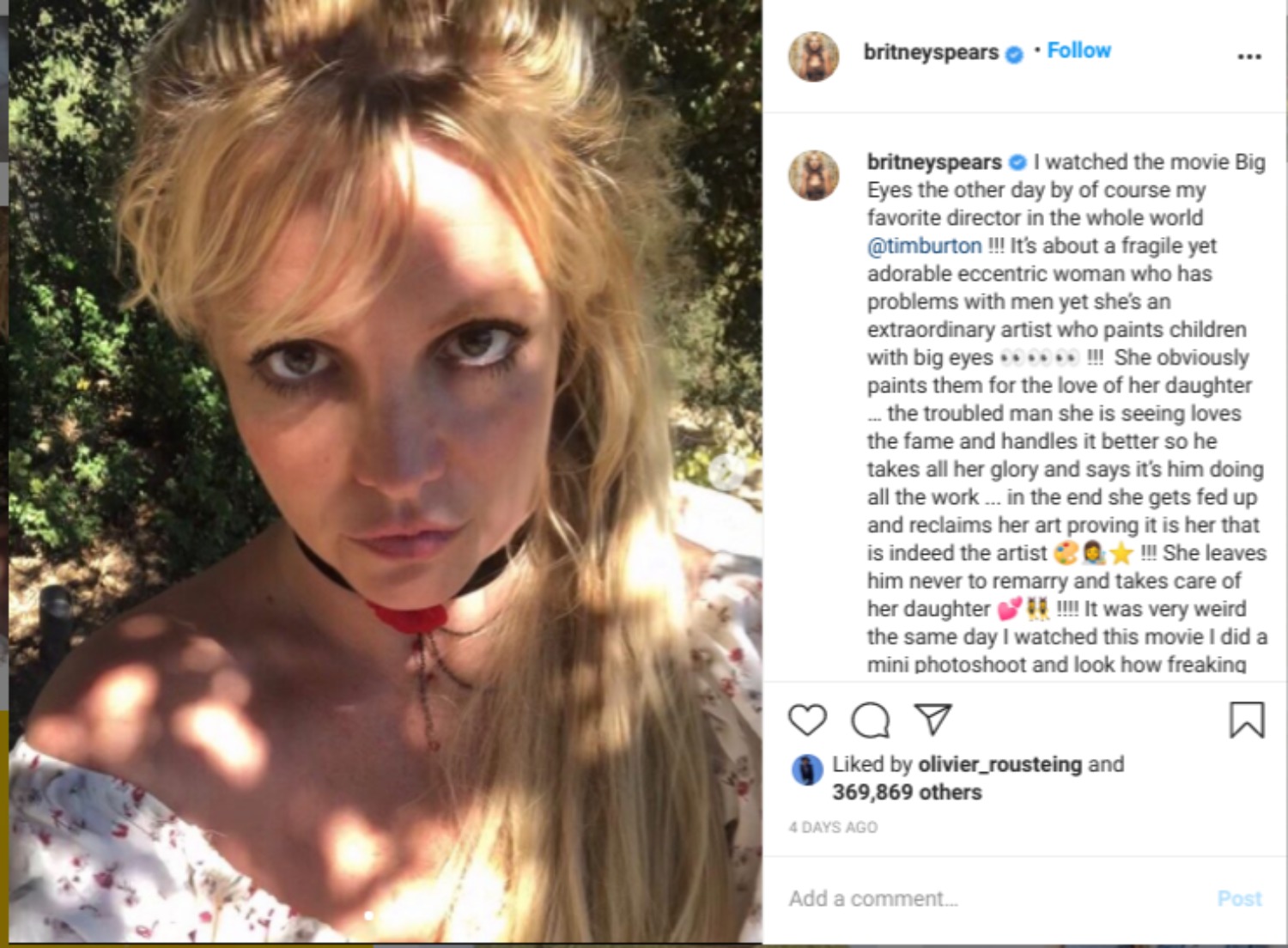 One fan stated that Britney was "clearly talking to us in her caption." The comment has more than 3,770 likes as well as additional replies from people who agree with the sentiment. 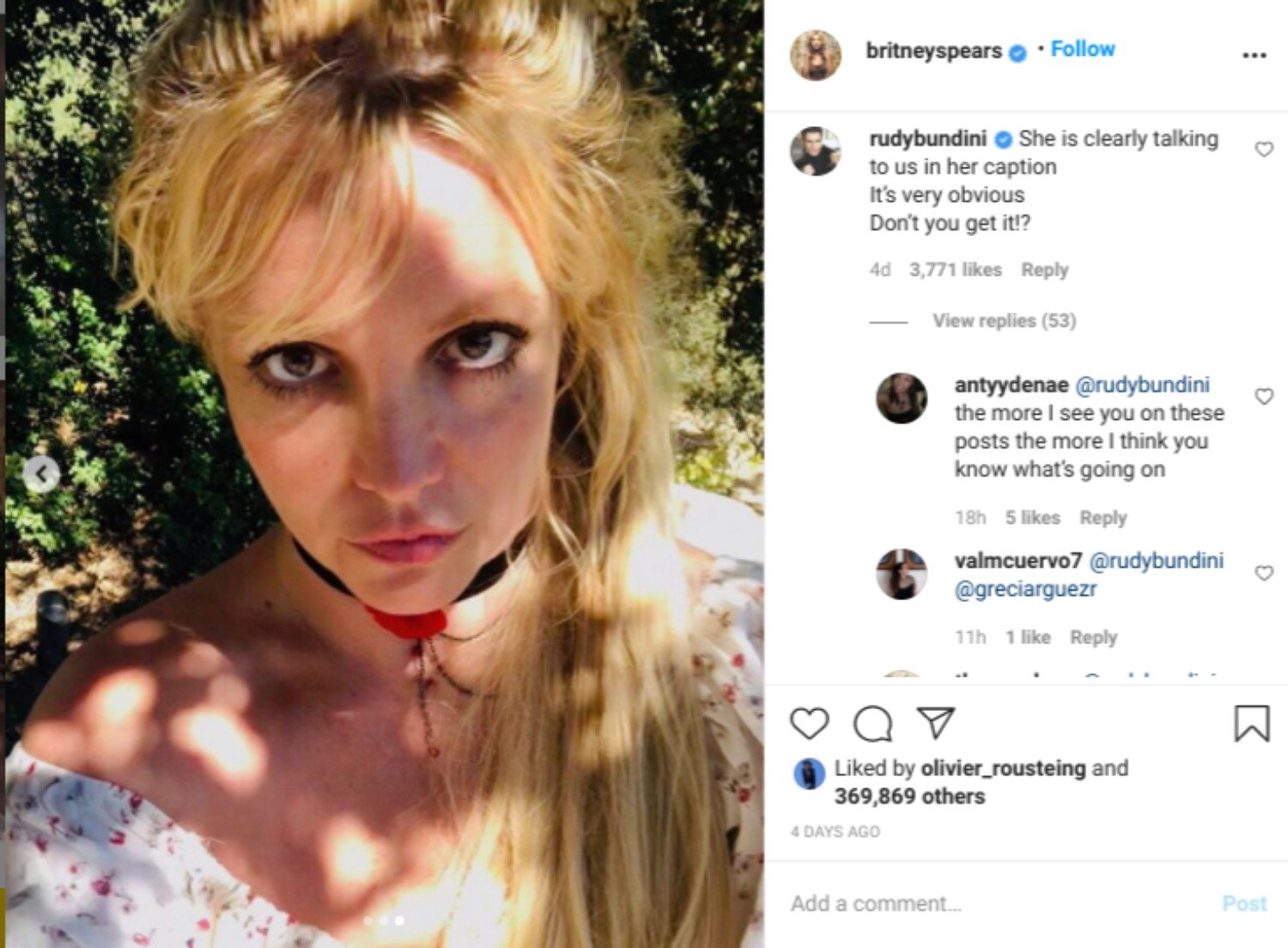 Is Britney Spears really sending messages to her fans through her social media accounts? Does she identify with the main character of Big Eyes ,

What do you think? Is Britney Spears sending messages to her fans through her social media posts and letting them know that she is in danger?

Kenya Moore Congratulates Kamala Harris And Gets Backlash From Her Fans