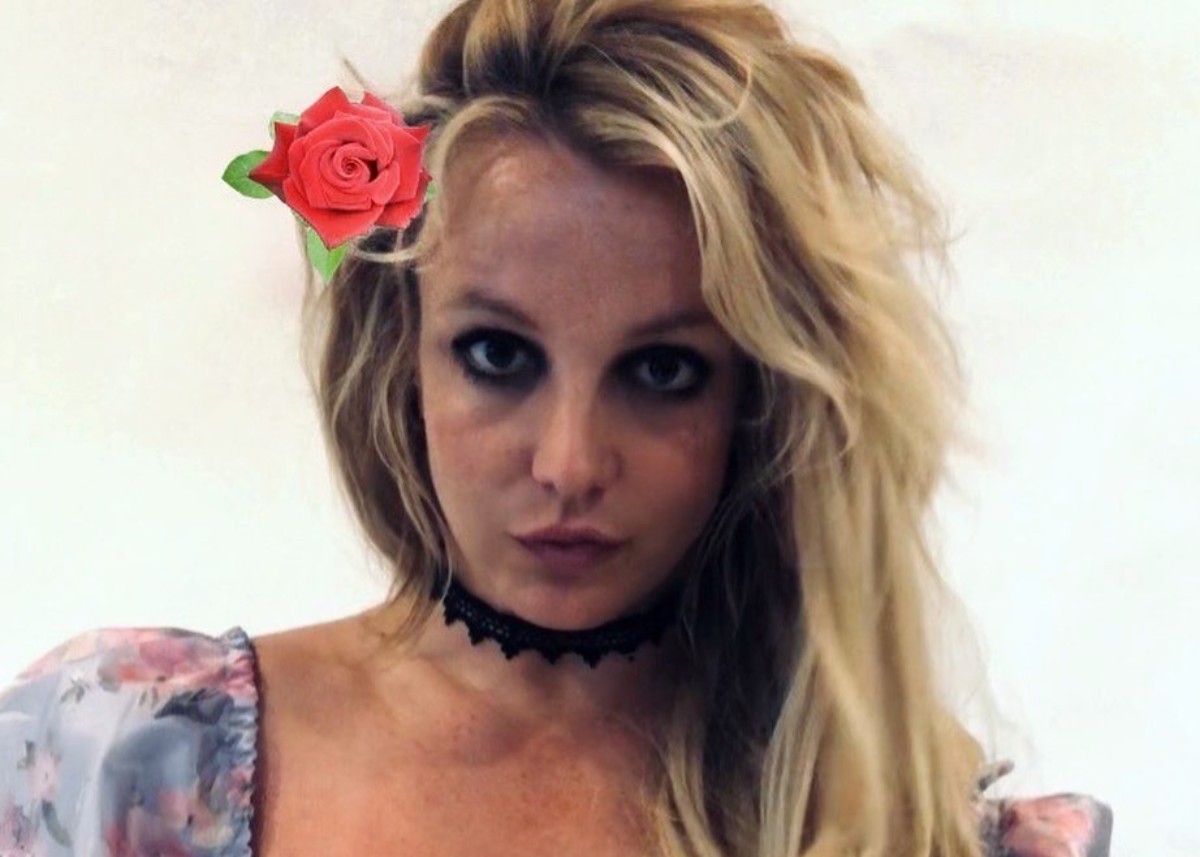 Britney Spears has a strong affinity for romantic, dainty and feminine things. Along with her love for trees, she adores flowers and frequently shares photos of roses, Victorian tea sets, and beautiful, pastel-colored photos of some of the things that make her happy. It’s clear that Britney was drawn to the floral print and pastel hues in her Jansen crop-top from LoveShackFancy. She loved the floral print so much she added a flower to her hair — well, digitally anyway. Britney shared several photos of herself wearing the feminine top that flaunted her curves and showed off her toned midriff with her 23.8 million Instagram followers. In the photos, Britney chose to wear her long, blonde hair flowing and it fell below her shoulders.

Britney revealed in earlier posts that she doesn’t edit her photos and it is clear that her makeup is real and not photoshopped. Still, some people chose to leave comments that she was photoshopping and editing her pictures by adding the rose. Most people would agree that there is a difference between editing your face and makeup in pictures and adding a rose with an app to your shot.

In a second post, Britney shared two photos and added two pink roses in the corner of the pictures. You may see the first photo that Britney Spears shared where she showed off her curves and cleavage along with the included caption below.

Britney Spears works hard to keep in shape and she revealed several months ago that she broke her foot while dancing in her studio. She shared a video with her fans that left many grimacing as they could hear the audible snap of her ankle-breaking when she landed on her foot the wrong way.

You may see the other two photos that Britney Spears shared on Instagram where she posed with two digital, pink roses in the photo slideshow below.

Britney has been self-isolating in California as the world combats the deadly Coronavirus pandemic.

Though she is no longer performing in Las Vegas, she seems to be keeping up with her workouts despite her recent injury.