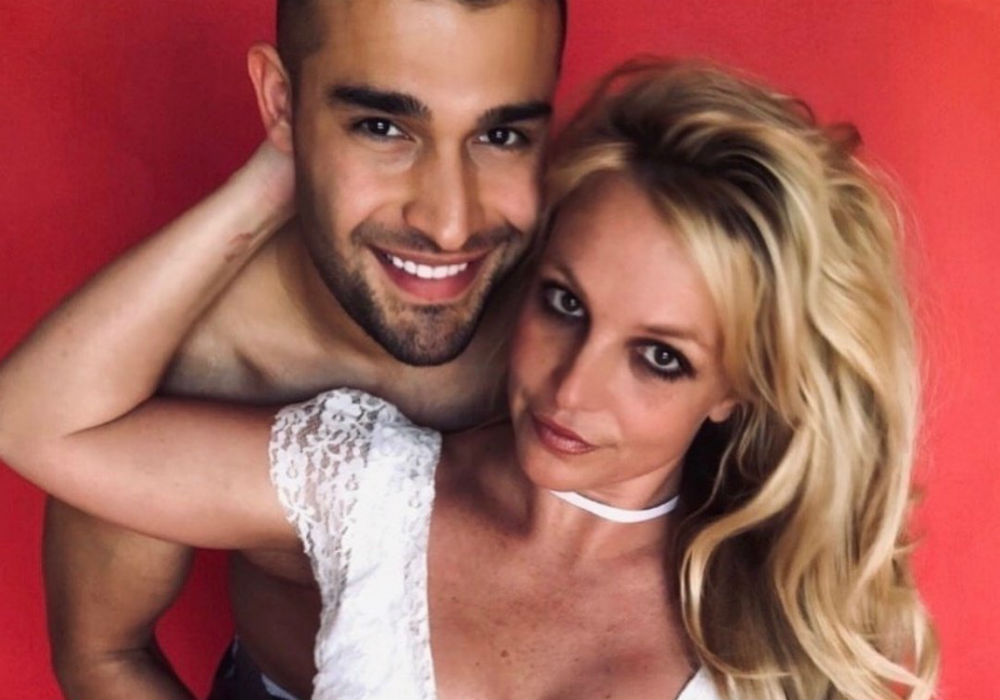 Could Britney Spears be pregnant with boyfriend Sam Asghari’s baby? Some of her fans think so after the pop star shared a series of Instagram posts in just a 24-hour period.

According to The Blast, Spears recently went on a “social media frenzy” and has caused quite the response from fans. Some believe the 39-year-old singer is suffering from serious mental health issues, while others believe she is living her best life and expecting a baby with her 26-year-old fitness trainer boyfriend.

The pregnancy speculation doesn’t come from an alleged baby bump, though. Instead, it appears to come from three pictures that Spears posted that featured her cuddling up to Asghari.

In the photos, Spears appears to be glowing while wearing nothing more than a tight-fitting white one-piece with a plunging neckline that displayed her ample assets. Meanwhile, Asghari is shirtless and giving glimpses of his ripped physique as he holds Spears.

In the captions of the other pics, Spears simply added red kissing emojis and in all of the photos she seems to be giving off a sexual vibe. These photos have some fans convinced that Spears’ glow is because she is expecting a baby.

“Is she pregnant?? I’m confused,” one fan asked. “She’s pregnant!” declared a second, and a third replied, “I thought I was the only one that saw that. She’s telling us something. If she is God bless.”

In addition to the three birthday pics for Asghari, Spears also posted a series of photos that had some fans concerned for her mental health. In those nearly identical pics, Spears claimed she was wearing a dress from the 1920s, which featured a floral print and a square neckline. She also told fans that she tore off the bottom of the dress to make a headband.

“Omg what’s going on Britney. You’re scaring me,” one fan commented, and another added: “Baby, how are you doing? Please stop for God’s sake.” A third fan wrote, “Here we go again,” and a fourth added, “Oops, she did it again.”

If Britney Spears is expecting a baby with Sam Asghari, it would be her third child. She already shares Sean, 14, and Jayden, 13, with her ex-husband, Kevin Federline.