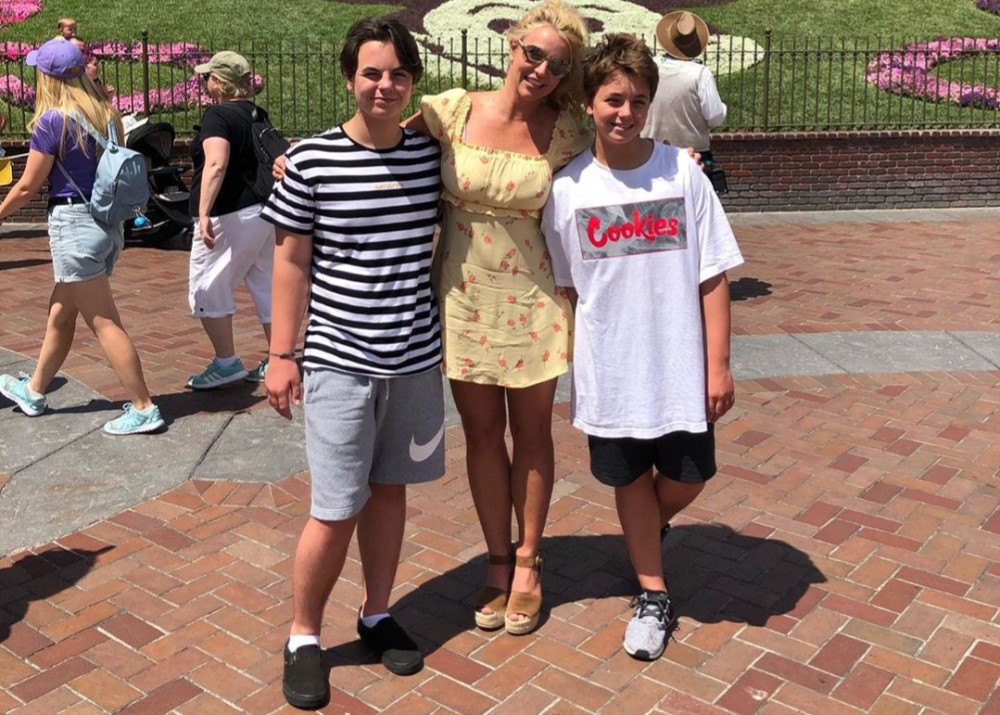 According to new reports, Britney Spears and Kevin Federline just finalized a new child custody agreement that will see the kids with their dad 70 percent of the time and with Britney for 30 percent. The news has sparked pointed reactions in fans who are both worried for Britney’s mental health and emotional well being and that she is being taken advantage of by those who may see her as a cash cow. No sooner did reports surface about the new custody agreement that the hashtag #FreeBritney began trending again. Britney Spears and Kevin Federline are parents to two boys: Sean Preston, who turns 14-years-old on September 14, and Jayden James who turns 13-years-old on September 12.

TMZ reports that the 70/30 child custody agreement for Britney and Kevin was something the pair had informally worked out and have been acting upon since last August. They tried it out and then finalized the details last week. Britney does not have supervised visitation with her children and frequently shares photos of herself and the boys on Instagram.

While many of Britney’s fans are sounding off about the decision, everyone agrees that Britney needs to do what is best for her emotional well being. It’s unclear if any of her emotional issues manifested during her extremely close pregnancies, but that isn’t uncommon.

Britney’s children were born extremely close together and this alone can sometimes be a trigger for severe post-partum depression and even post-partum psychosis. Britney’s last pregnancy was in 2006 and her mental health struggles manifested in 2007.

Britney spent time in rehab earlier this year where she continued to work on her emotional health. According to TMZ’s reporting, Britney struggled to find the right combination of medication and is reportedly still working on the combination that will work best for her.

Though she seems to want to return to work, many of her fans are letting her know that they don’t want her to feel pressured. Her fans truly love, support, and adore Britney and they want to see her well above all else.  While Britney works on her health, she has been spotted in multiple, public situations with her boyfriend Sam Asghari. Sam and Britney seem to have a very solid, balanced and healthy relationship and her fans adore the two together. What do you think of Britney’s and Kevin’s new child-custody agreement?