Brie Bella Makes The Best Of Nikki Bella’s Bachelorette Party As Diva Still Has Doubts About Her Wedding To John Cena — Plus Daniel Bryan Gets Cleared To Wrestle!

In the second part of the “Total Bellas” bachelorette special, Nikki Bella finds herself dealing with the anxiety she has about finally marrying John Cena. Although she didn’t voice her new concerns to her friends and family, her twin, Brie Bella, could tell that something was off and decided to make the best of their time in France.

Nikki, Brie, Mama Bella, JJ, Lauren, and the twins best friends are in the city of love to celebrate Nikki’s nuptials to the man of her dreams. The only downside is that the Bella doesn’t feel that the wedding is real due to the fact that she and John are growing apart.

This is surprising considering that this union between John and Nikki has been in the works for over half a decade. The two had already called off the wedding once and judging from the way Nikki is feeling now, it will most likely be called off again.

This didn’t stop Brie from showing her sister that although she has retired ‘Brie Mode,’ ‘Brie Mom’ is just as fun. The mother of one teams up with JJ’s wife, Lauren, to put on a mime show and throw a fun masquerade party.

The surprise was a success and made Nikki Bella dawn the biggest smile that viewers have seen all season.

Meanwhile, if you follow the WWE or even the “Total Divas” franchise in general, you would know that Daniel Bryan was forced to retire two years ago due to a bad injury.

Last night, Daniel got the green light to wrestle again and he delivered the good news to an ecstatic crowd.

Next week is the season finale and judging by the preview, it seems that Nikki Bella will be forced to deal with her emotions and Daniel is making his way back to the ring. 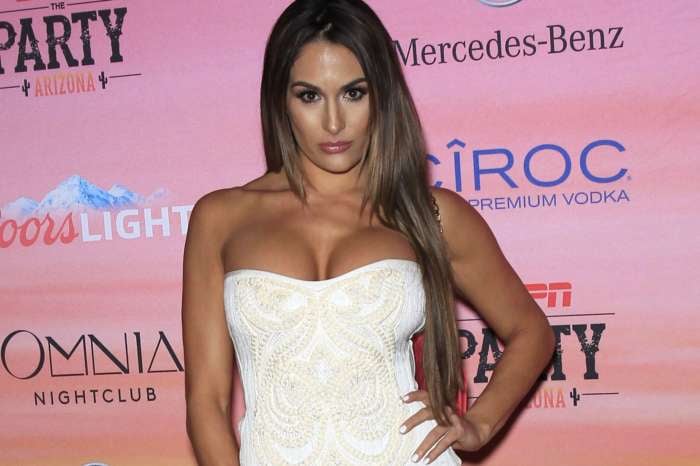