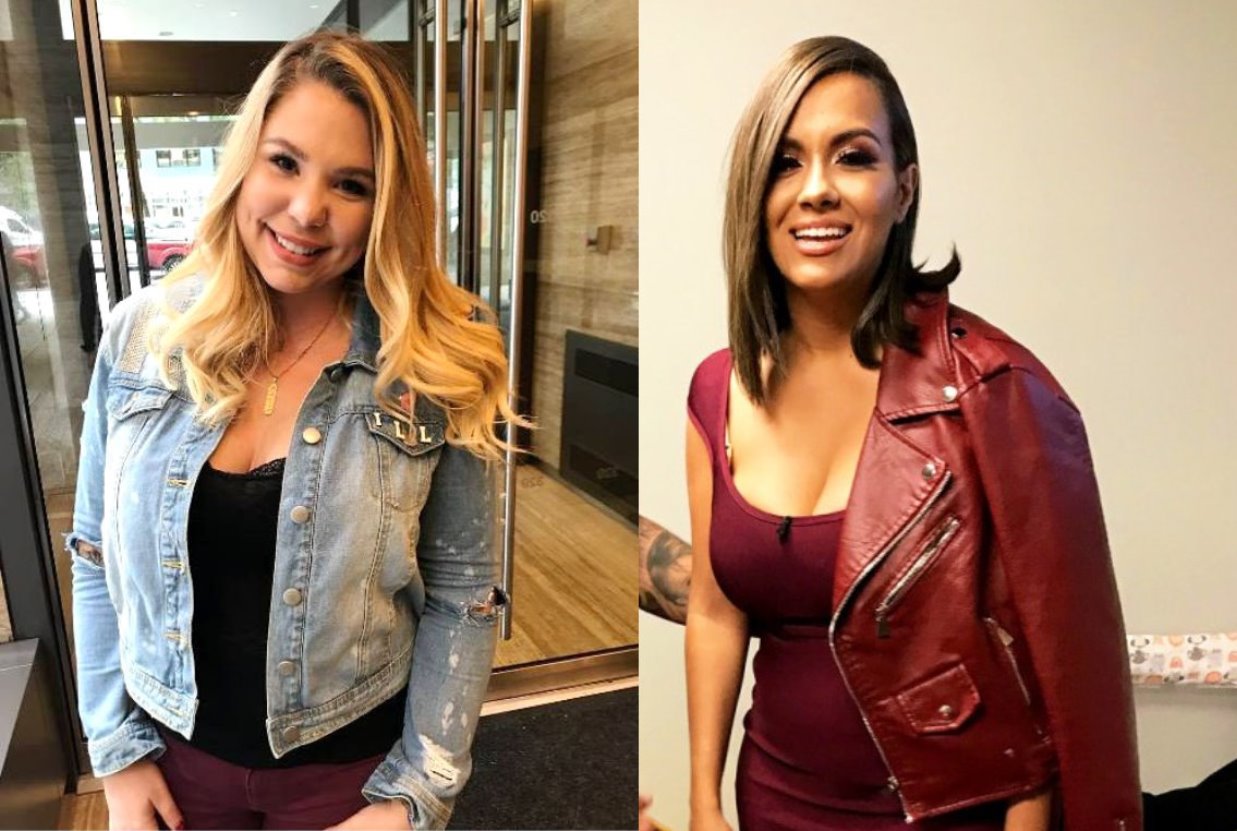 The two are feuding on social media once again! After Kailyn Lowry decided to throw some shade at Briana DeJesus, the latter clapped back, calling her Teen Mom co-star out for getting ‘knocked up again!’

As fans know, Kailyn is currently expecting her fourth son!

It all started with Briana sharing a post all about the single mothers out there that was originally dedicated to her by a friend.

She decided to re-post this sweet message on the holiday on her IG stories.

But then, Kailyn seemingly shaded her by wishing her ex, Devoin Austin, a ‘Happy Father’s Day!’

Obviously, Briana was not at all happy about the diss coming from her longtime rival so now they are at war again!

The post did not mention the father of Briana’s 8-year-old daughter Nova Star, who is Devoin Austin, but, no worries because Kailyn did, instead.

The reality TV star took a screenshot of her nemesis’ post and under it, she wrote: ‘Happy Father’s Day @devoinaustin.’

Fans were quick to realize that Kailyn was most likely trying to shade Briana for not giving her baby daddy any credit when it comes to the role he plays in their daughter’s life.

And that was not all! She also claimed Briana was sliding into her own baby daddy, Chris Lopez’s DMs and mentions.

In response, she told Champion Daily that ‘It has come to my attention Kail seems to want to insert herself in my life, again. When I was tagged in a photo I reposted saying ‘Happy Father’s Day to single mothers out there who play both roles’ this had NOTHING to do with Kail. The fact of the matter is that Devoin has never been a ‘full-time Dad regardless of when he tries to step up.’

‘Luis has and continues to be absent in Stella’s life. So, yes, I’m doing the job of 2,’ Briana went on to explain about the involvement of her two baby daddies.

Then, she slammed Kailyn directly, writing in part: ‘Don’t you have better things to worry about than inserting yourself into drama with one of my kids’ fathers? Aren’t you knocked up again from the man that you said [allegedly] beat you in leaked DMs?’

She also stressed that she’d never slid into the DMs of her men and made it clear that she doesn’t want any useless drama.

Kristen Bell And Jenny Slate To No Longer Voice Mixed Characters On Animated Series - They Call For Black Actresses To Take Over The Roles!