Brandy Norwood has been a wildcard the past few years. Her behavior has been increasingly odd since her on again off again “relationship” with a guy named Sir the Baptist. On Wednesday, the R&B songstress posted a photo of her and Mariah Carey with a caption that included the words “She knows me.”

If you’re a Mariah fan like the most of us you would know that she is the Queen of Shade. The talented vocalist has been taking jabs at Jennifer Lopez for over a decade with four simple words: “I don’t know her.”

That unlikely catchphrase has been turned into the ultimate diss and was popularized even more this year when she upgraded it to five by responding “I still don’t know her” when playing a game called “Does She Know Her” with Andy Cohen.

In the game, Carey said that in addition to J. Lo, she also didn’t know Ariana Grande or Demi Lovato.

Fast forward to July 21, Brandy Norwood posts a “flashback Friday” with “She knows me” written under it. The post received criticism from fans saying that she was being shady.

#SheKnowsMe @mariahcarey #fbf Oh My God, what happened?? I swear to Goodness I don't know what the fuss it about. I love this pic and now everyone thinks I'm throwing shade?? At who??? This is funny. Can't take this one down, I love this picture and whenever I'm throwing shade (light) it's not questionable, you know that I am!!! Also, I've met her several times like the several seats that should be taken, she does know me. Not well…..but she would say hi at 7 eleven or Rite Aid… #chileHi

Hours later, Norwood addressed the response from fans by reposting the photo and denying the allegations. Brandy added that she’s met her a few times and was just saying that “she does know me.”

Whole morning was made when one of my heroes knows me and confirms with a 3 words sentence and two of these pink hearts ?? Now look here, I'm turning off these damn comments. I don't want no mess!! This is positive…. #SheKnowsMe ( #ISureDo) x #IKnowHer …. love you @mariahcarey

Later, it was none other than Miss Mariah Carey who confirmed what the singer was saying by commenting “I sure do” verifying that Brandy is on her “Does She Know Her” list.

The picture seemed to be all in good fun but to be real, Brandy knew from the beginning that it would come off as shady.

At least Norwood has the best kind of bragging rights now. Mariah Carey’s friend list must be even more exclusive than the people that she simply “knows.” 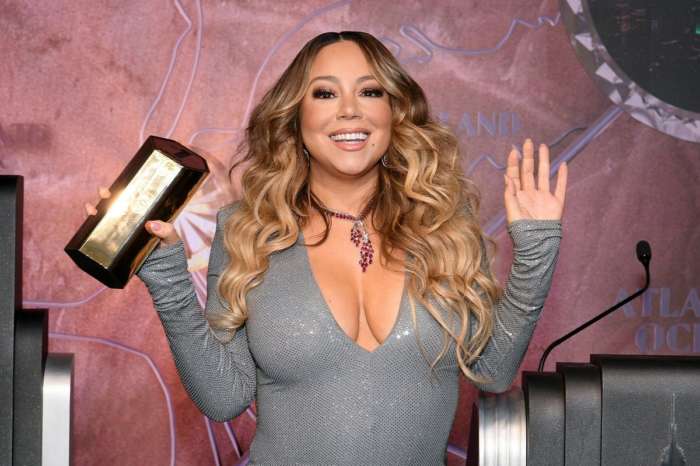 Blac Chyna And New Boyfriend Pack On The PDA In Miami And They Don't Care Who Sees!