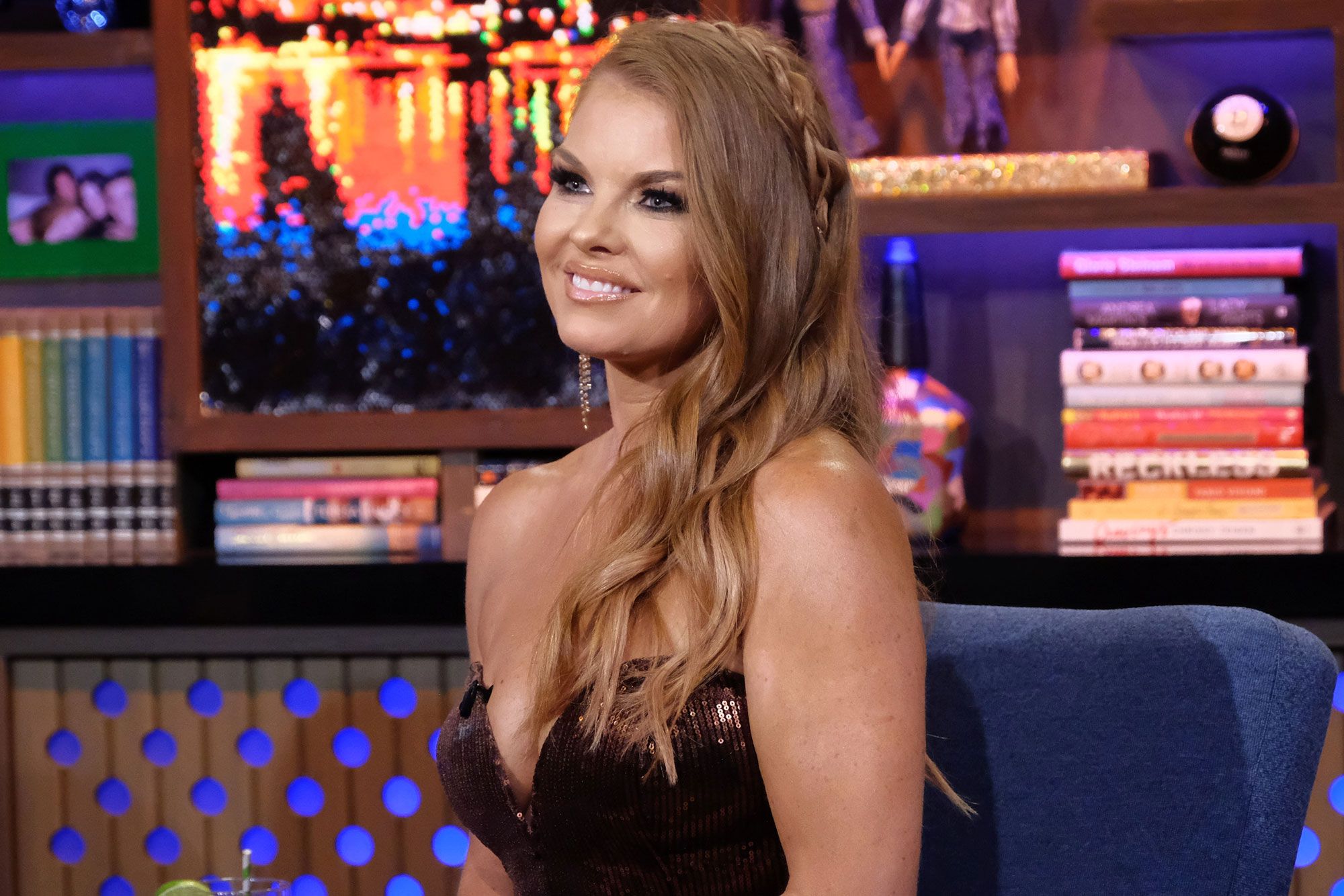 Brandi Redmond cried on camera during an 11 minute long video during which she apologized for previously mocking Asian eyes and doing an insensitive Asian accent. The offensive video got her a lot of criticism after it resurfaced back in December.

The RHOD star now says that ‘I made a poor decision of just being angry and trying to defend in that moment what was wrong and insensitive. I did this video — it was 4 years ago — and it was in reference to one scene on season 2 of RHOD in which the ladies were talking about my features — in particular, my eyes…Once again, that is something I have been insecure about so I made a vid poking fun at myself.’

Thank you to these souls that cried with me, prayed with me and were a positive light in my life & helped my family during this difficult time. Stephanie & Travis, D’Andra & Jeremy, Mama Dee, Kary & Eduardo, my parents, my family, close friends, and my amazing husband and children. I am so grateful for God helping me through this, allowing me to heal and love myself. To those that set out to hurt me, know that I still have compassion for you in my heart. Thank you all for hearing my truth and my heart. #loveyourself Have a beautiful and blessed weekend my friends. 💞🙏

Ironically enough, the older video of her mocking people of Asian descent was reposted after Redmond called out co-star LeeAnne Locken for being racist!

Locken had referred to Kary Brittingham as simply ‘the Mexican’ and that bothered Redmond.

As for the clip that she is getting heat for, it shows her in a car with her daughters saying: ‘Everybody ask me what Asian I am because my eyes, they squinty [laughs.]’

At first, when the vid was re-shared, getting her a lot of attention, the RHOD star insisted that as far as she is concerned, it was a ‘good impression’ and that she’d ‘do it again!’

However, it looks like she realized the video was in fact quite insensitive and hurtful after a while and ended up not only deleting the tweets but also checking into a wellness center on January 10.

In the apology video that was captured during her Weekly Dose of B.S. podcast, Brandi went on to call out the person who filmed the 4 years old video and shared it online again at a convenient time ‘to be a deflection’, but dropped no names.

‘Someone maliciously recorded it off a device and saved it for this many years … and it resurfaced. I immediately took the post down and posted a public apology,’ she dished.