Brad Pitt's rumored girlfriend, Nicole Poturalski , is leaving fans confused as many say she is the spitting image of supermodel Irina Shayk . Things were very confusing when both Irina and Nicole walked the Hugo Boss show in Milan, Italy. People could barely tell the two models apart and while at first, many thought Nicole looked like Angelina Jolie , the overwhelming consensus is that she and Irina could pass for twins!

When the two appeared in the same fashion show, the public was stunned. Both women are known for their beauty, but the similarities between the women is striking, to say the least.

Irina's eyes are a bit more green (or hazel) as Nicole's eyes are a pure, light blue color. Other than that slight difference in hue, the two could easily pass for each other or sisters!

You may see a close-up photo comparing Irina Shayk (left) and Nicole Poturalski (right) below. 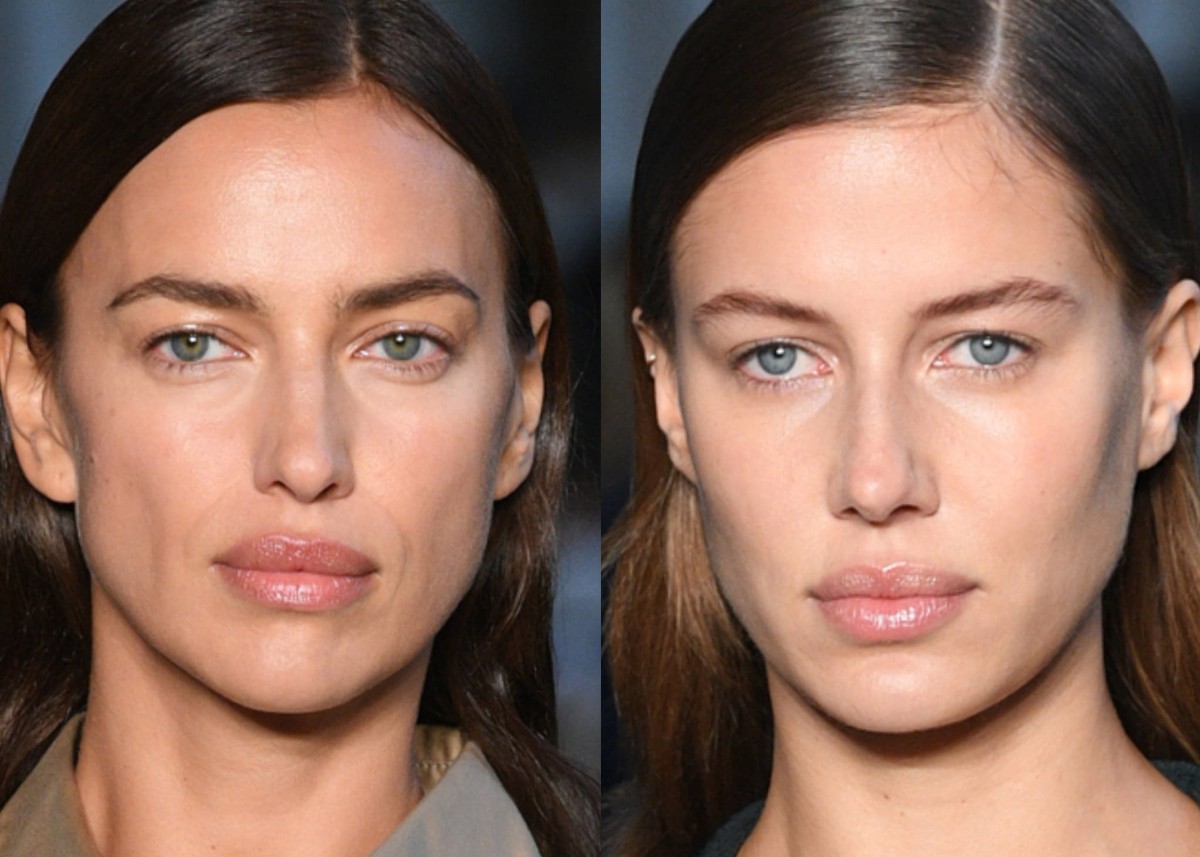 You may see a video clip of the two models walking the Hugo Boss show that left people seeing double below.

Nicole is closing out 2020 with a bang. Her modeling career has truly accelerated and she covered the magazine Elle Germany for their September 2020 issue.

Nicole looked gorgeous on the cover and has been sharing more of her life on social media. There is no question that she was suddenly thrust into the spotlight once she began dating Brad Pitt.

Maybe she should talk to Irina as she knows exactly what it's like to date a Hollywood heartthrob. Irina and her ex-partner Bradley Cooper (don't forget that Bradley Cooper and Brad Pitt are friends — it really is a small world) are parents to three-year-old Lea De Seine Shayk Cooper.

If there's anyone who could help guide Nicole through the ins and outs of dating Brad Pitt, it's Irina!

What do you think about Irina Shayk and Nicole Poturalski? Do you think they look like twins?

Irina Shayk Tried On A Swimsuit

Irina Shayk made a splash in a dress with breathtaking cuts

Jennifer Flavin And Sylvester Stallone Have Decided To Try Again