Jennifer Aniston was nominated in the best actress category for her role as Alex Levy on Apple's The Morning Show .

It was when Brad Pitt thanked co-star and fellow nominee Leonardo DiCaprio (who played Rick Dalton in Once Upon A Time In Hollywood ) that fans could see Jennifer Aniston looking from a table in the back. She appeared touched by Brad Pitt's sweet words and she could be seen with a visible reaction on her face to her ex-husband's speech.

Though the two didn't seem to take any photos together (yes, fans were desperately hoping for one), he did speak to  Entertainment Tonight's Kevin Frazier, where he referred to Jennifer as a "good friend."

You may see a photo of Jennifer Aniston looking at Brad Pitt while he delivered his acceptance speech at the 77th Golden Globes below. 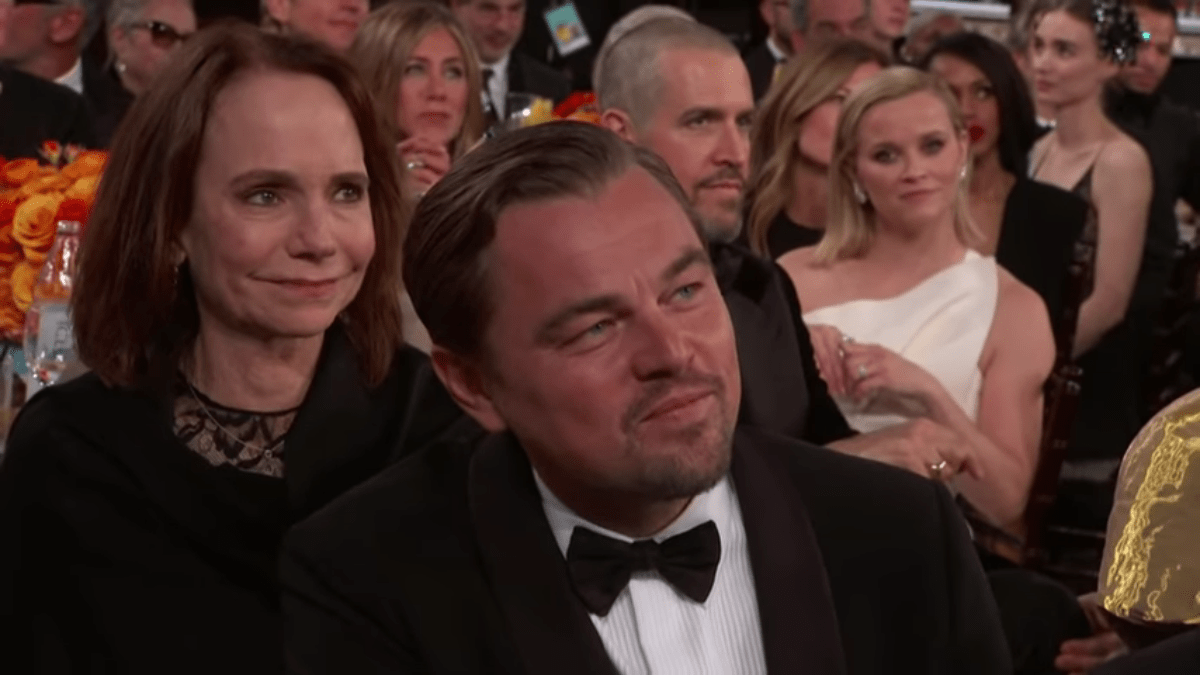 Brad has undergone plenty of changes since he and Angelina Jolie announced their split in September 2016. Nearly four years later and Brad Pitt seems to have emerged stronger, and even more complete since the break-up. There is no question that the divorce took a toll on both Pitt and Jolie but Brad has stated that since their break-up, he has undergone a lot of self-reflection and introspection.

He has opened up to the public about going to Alcoholics Anonymous (AA) and living a sober lifestyle. If winning a Golden Globe is any indication, the consensus is that Brad Pitt is doing just fine.

You may watch Brad Pitt's 2020 Golden Globes acceptance speech in the video player below.

Are you a fan of Brad Pitt's? Were you happy he won the Golden Globe for best supporting actor in a motion picture?

Were you hoping that Brad and Jennifer would take a photo together, at least for old time's sake? Congratulations to Brad Pitt for his Golden Globe win!

Why are Brad Pitt and Angelina Jolie's custody battle so far from over?

Jennifer Aniston admitted that she suffers from insomnia and sleepwalking