Brad Pitt Regrets How He Handled His Split From Jennifer Aniston 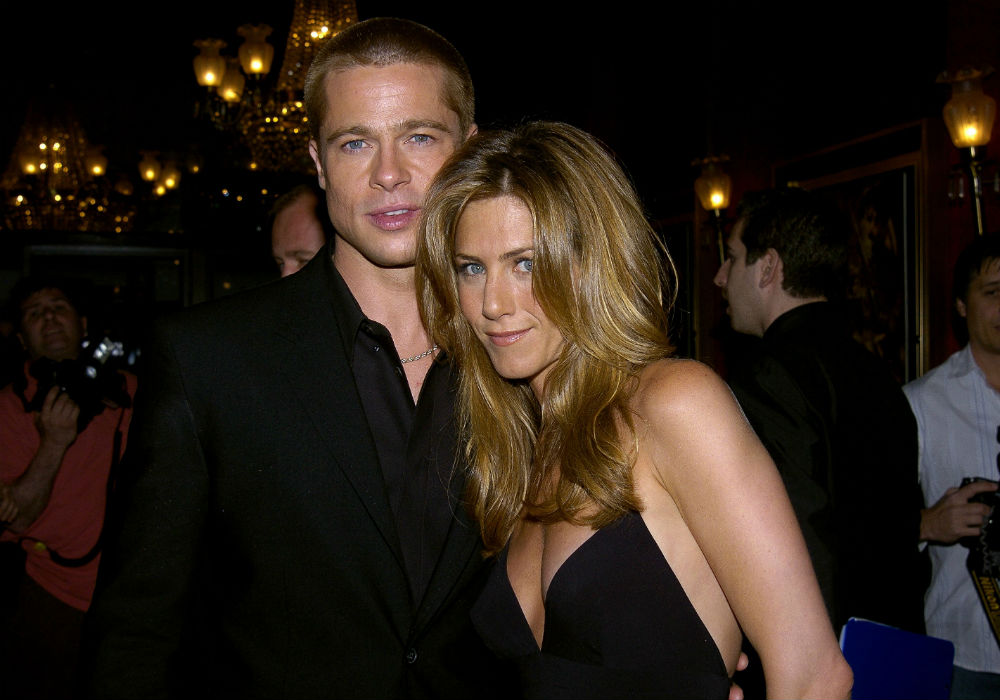 Brad Pitt is not one to dwell in the past, but he does regret how things ended with his first wife, Jennifer Aniston. Inside sources claim that Pitt recently reflected on his first divorce and admitted that his marriage could have ended in a “more thoughtful manner.”

The insider noted that Pitt apologized to Aniston years ago and she has since forgiven him for what happened. Pitt and Aniston tied the knot in 2000 and officially parted ways in 2005. Although things ended on a sour note, the pair rekindled their friendship a few years ago and recently reunited at the Friends alum’s 50th birthday party.

Sounds like Brad Pitt was just as happy to reconnect with his ex, Jennifer Aniston, as we were to see it happen! https://t.co/jw64zMpIoj

An inside source told Us Magazine that Pitt and Aniston enjoyed a sweet hug when he arrived at the event, which featured a slew of celebrities, including Sandra Bullock, George Clooney, Orlando Bloom, Robert Downey Jr., and Katy Perry.

“Brad gave Jen a card and a hug,” the source shared, adding that many of the guests were “surprised” when Pitt showed up.

After his divorce from Aniston, Pitt started dating Angelina Jolie. The two got married in 2014 and divorce two years later. Pitt and Jolie share six kids together and are currently ironing out the final details of their nasty split.

Aniston, meanwhile, has dated several men since breaking up with Pitt. This includes Justin Theroux, whom she married in 2015. Aniston and Theroux, unfortunately, parted ways in the winter of last year.

Pitt’s surprise appearance at Aniston’s party has sparked rumors of a potential romance. Inside sources claim that Aniston called Pitt after the bash and thanked him for attending. She was also reportedly interested in knowing if Pitt enjoyed himself.

While fans would love for the two to get back together, insiders say that nothing romantic is happening. Instead, the two are really good friends and allegedly hope to continue their relationship for the foreseeable future.

Brad Pitt and Jennifer Aniston have not commented on the rumors surrounding their relationship.