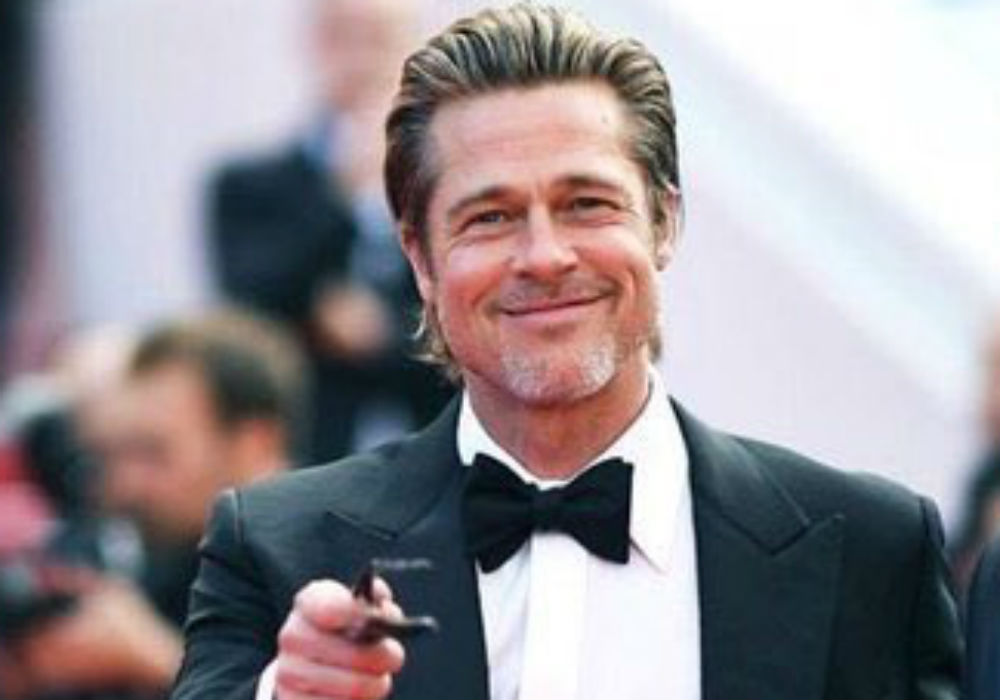 Earlier this week, Brad Pitt won the award for best supporting actor at the National Board of Review Awards for his role in Quentin Tarantino’s Once Upon A Time…In Hollywood. And, during his acceptance speech he joked about his new life goals, which might be a disappointment for fans of the Ocean’s movie franchise.

According to People magazine, the 56-year-old told the audience that his “goals in life now are pretty simple.” Pitt said he wants to be happy and stay healthy, and then he added that he wants to avoid “a financial situation where I have to do Ocean’s 14.”

"Hey, Brad Pitt and Leonardo DiCaprio are on WTF with @marcmaron. I wish I could hear that on @Spotify."

All new WTF episodes are on @Spotify, including this one pic.twitter.com/UCet7vg1Eb

The last time Pitt starred in an Ocean’s movie was in 2007, when Ocean’s Thirteen hit theaters. The most-recent movie in the franchise was 2018’s Ocean’s 8, which featured an all-female cast led by Sandra Bullock.

Lately, Pitt has been opening about his personal life more than usual, as he revealed that his friend Bradley Cooper helped him get sober. And, he also appeared on the podcast WTF with Marc Maron along with his Once Upon A Time…In Hollywood co-star Leonardo DiCaprio and talked about dealing with the paparazzi and living life in the spotlight.

Maron asked both Pitt and DiCaprio about the point in their careers when they knew they had made the big time, and DiCaprio said it was after he made “a film called Titanic.” He explained that one day he noticed four black SUVs following him and realized it was the paparazzi.

DiCaprio added that it doesn’t happen as much these days, and Pitt was shocked.

“It doesn’t?” asked Pitt. “I’m a little disgruntled with you. I’m just like, trash mag fodder. I don’t know…because of my disaster of a personal life, probably.”

When he accepted the Golden Globe award last weekend for best supporting actor, Pitt said that he wanted to bring his mom with him to the ceremony, but he couldn’t because anyone he stands next to sparks dating rumors.

“And, that would just be awkward,” joked Pitt.

During the podcast, Pitt also recalled going to the world premiere of Fight Club back in 1999 at the Venice Film Festival. He revealed that he and co-star Ed Norton thought it would be a good idea to smoke a joint before going to the screening, and they couldn’t help but laugh the entire time.

“The movie starts, first joke comes up, and it’s crickets; it’s dead silence. Another joke, and it’s just dead silent … this thing is just not translating at all,” Brad Pitt said. “The more it happened, the funnier it got to Edward and I. So we just start laughing. We’re the a—holes in the back laughing at our own jokes. The only ones laughing.”