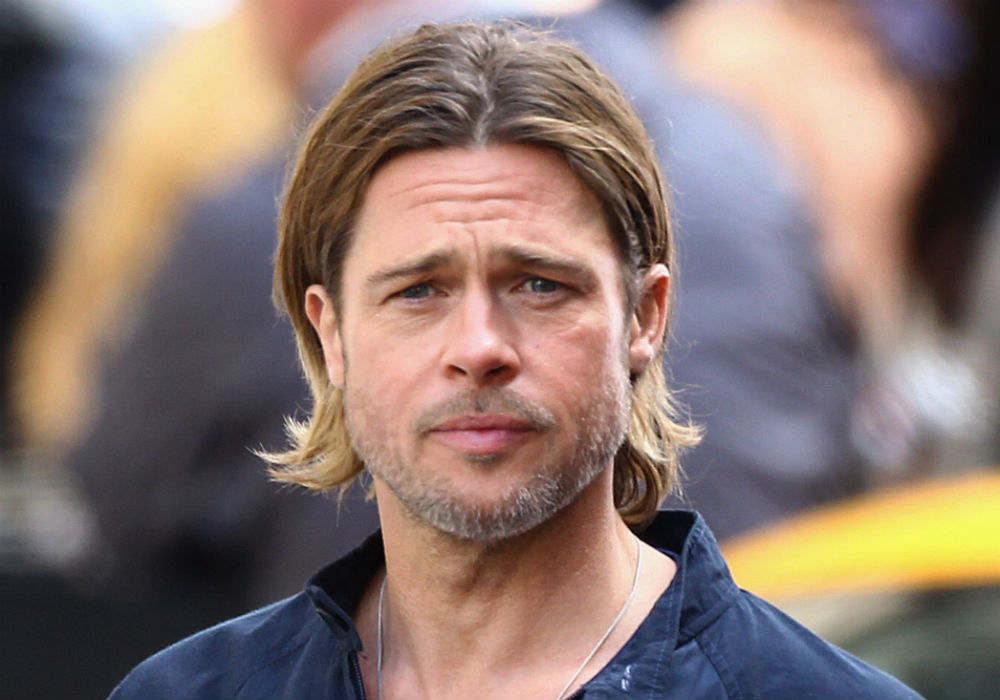 Jonathan and Drew Scott – AKA the Property Brothers – have recruited some serious A-list talent for their new HGTV show, Celebrity IOU. The duo recently revealed that Brad Pitt will be joining them for an episode of their new series that features celebrities giving back to someone who is important in their life.

Jonathan Scott said during a recent episode of Entertainment Tonight that Pitt is “a Property Brother from another mother,” and Drew added that they all “have the same abs.”

oh to be hugged by brad pitt pic.twitter.com/7AAaMrRk2L

“A lot of people don’t know he is so into architecture,” Jonathan said. “He’s brilliant when it comes to the home. So the fact that he was part of our premiere episode of Celebrity IOU is amazing.”

Jonathan admitted that when they were doing demolition, Pitt beat him through the walls because he smashed through them “like no one’s business.” The HGTV star said that it was “so cool” to see such a huge star want to “get in and put his own hands in on the work because he wanted to do this for someone he loves.”

In the first episode, Pitt helps out his makeup artist, Jean Black, who has been with him for over 30 years. Jonathan Drew explained that Black is someone who has been with Pitt through thick and thin, and when you see them together it’s almost like looking at two kids who have a lot of fun.

In addition to the Fight Club star, the Scott brothers have also involved Bridesmaids star Melissa McCarthy, How To Get Away With Murder’s Viola Davis, Pitch Perfect alum Rebel Wilson, singer Michael Buble, and Avengers star Jeremy Renner with their new project.

TV NEWS!⠀ ⠀ @HGTV’s stars Drew and Johnathan Scott are adding another series to their roster! ⠀ ⠀ This time around on #CelebrityIOU, they have enlisted the help of some A-listers like #BradPitt, #ViolaDavis, and #MelissaMcCarthy to work on special renovations for people in said guests' lives. Premiering April 13

Jonathan claims that McCarthy is “so funny during demolition” and is handy with power tools. He added that there was “nothing she would back away from.”

It doesn’t appear that Jonathan’s girlfriend Zooey Deschanel will appear on the new series, but she did join Jonathan, Drew, and her sister Emily Deschanel for a recent episode of Carpool Karaoke: The Series.

Jonathan and Zooey met last summer during an episode of Carpool Karaoke and they started dating soon after, and he says that his parents are huge fans of The New Girl actress. Jonathan Scott says that Zooey Deschanel can literally never do anything wrong in his dad’s eyes, and his mom texted him to tell her that Zooey is “perfect.”

Jonathan and Drew Scott – plus Brad Pitt – will star in the series premiere of HGTV’s Celebrity IOU on Monday, April 13th.