Bow Wow just threatened Erica Mena on social media. He claims that he could leak a tape with her and he offered no more details, leaving fans’ imagination to go wild.

Erica, on the other hand, doesn’t seem to care too much about this, considering her posts on social media. She says that she already hired Lisa Bloom, the famous attorney.

People also find Bow Bow quite immature and say that if he does release a tape, he will get sued right away, so he doesn’t have a chance.

#BowWow still has words for #EricaMena ?

‘Bow Wow is so pretty and clearly immature!! Leak tape for what?? What will he gain from that?? He’s so corny,’ someone posted.

Another follower said that ‘He gonna be sued and in jail, oh and she gonna beat him the f**k up somewhere in between ?? @iamerica_mena.’

One person agreed and said ‘Somebody come take this man phone. Why is he trying so hard to be relevant again. ??‍♀️Smh. Have a few seats. Sis is not pressed about you. ??’

Another follower of The Shade Room has an advice for Erica: ‘@iamerica_mena let him leak the tape and collect your coins or sue him for terroristic threats ??‍♀️ when will men understand women are not their property.’

Someone else also posted ‘He goofy for that, does he not know what can happen to him if he releases a tape he claims he has ?’

One commenter came up with a theory of their own and said the following: ‘Am I the only one who thinks they both planned this for some attention??cuz this is random af lol’

What are your thoughts on this matter? Is Bow Wow really going to leak a tape with Erica, or is he just trolling her? 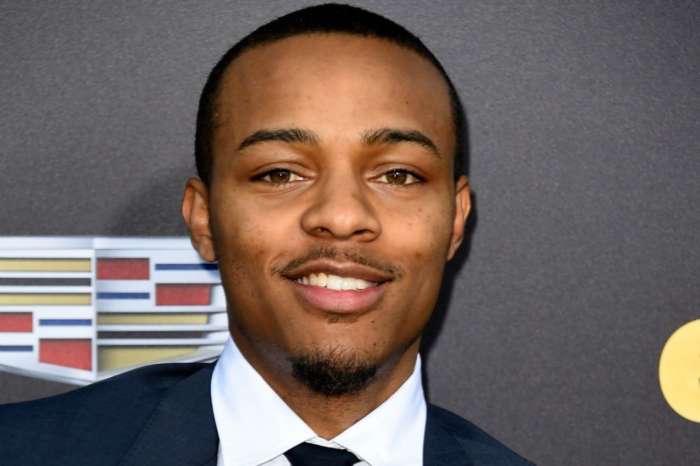