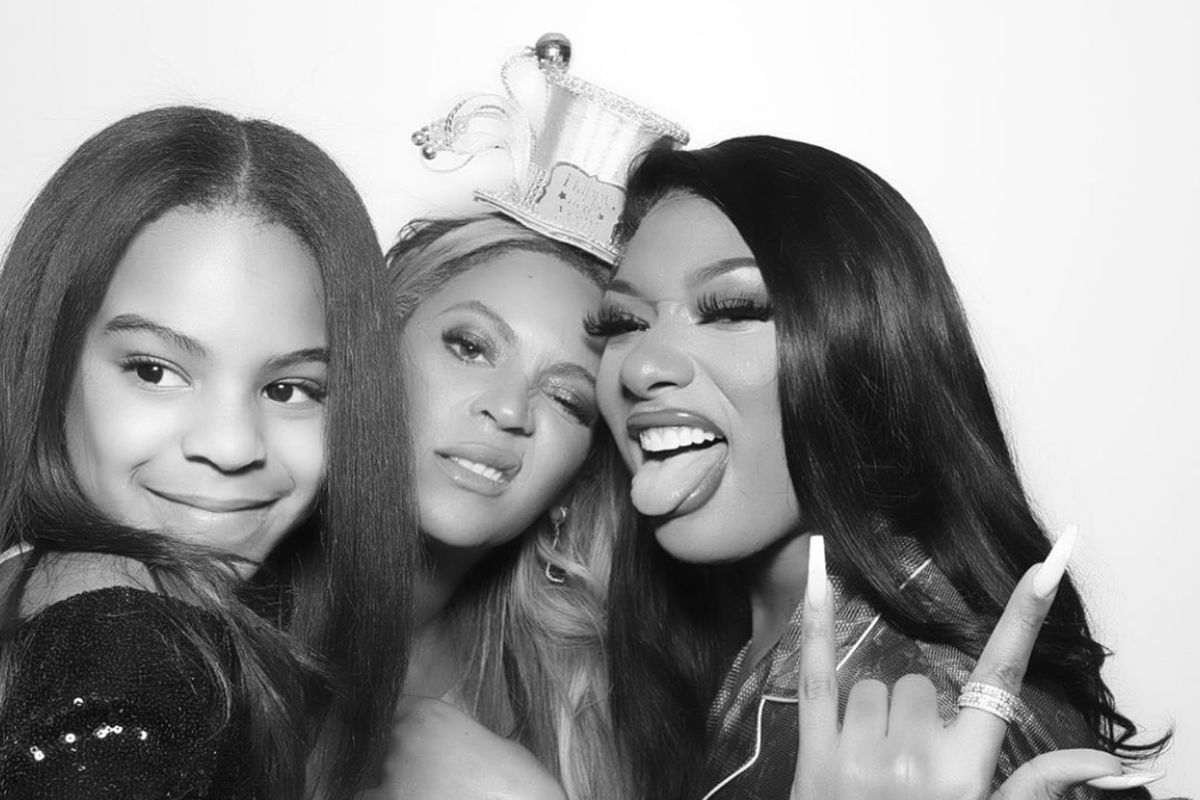 Blue Ivy looks so grown up and so much like her mom in new pics from a New Year’s Eve celebration! The 7 year old rocked straightened hair for the special evening and seemed really happy to welcome the new decade along with her mom, Beyonce.

But the mother and daughter duo were not posing for the flawless pics by themselves!

In fact, the snaps were shared by Megan Thee Stallion on her own platform as she was also in them!

The Hot Girl Summer star posted the two photos on Instagram and fans figured out they were all at a New Year’s Eve party by just looking at the singer’s festive hat.

The post has already gathered over one million likes in less than 24 hours!

Naturally, a lot of fans were super excited to see Beyonce’s firstborn, and some were quick to compare her to the triple threat, pointing out just how much they look alike, the more she grows up.

‘Look at blue…. she’s a mini Bey,’ another also wrote.

Some also noticed that she’s been busy doing a lot of growing up, writing things like: ‘Blue Ivy is growing up so fast.’

The pic comes just before her birthday since she’s turning 8 years old next week!

As for Megan Thee Stallion, the successful rapper considers Beyonce a huge inspiration so it was definitely great to pose with her on New Year’s Eve.

She previously gushed over the superstar, telling E! News that ‘I love Beyoncé. We’re both from Houston and she’s just amazing. She’s like the hardest working woman ever. I’m like taking notes from her.’

Seeing their interactions, a lot of fans were happy for Megan while others begged for a collab in 2020!