After making sweet music together for several years, it makes sense for Blake Shelton and his longtime girlfriend Gwen Stefani to drop a joint album.

Just look at the great success music royal couples like Beyonce and Jay-Z and Tim McGraw and Faith Hill have been enjoying.

A source told Hollywood Life that the country singer has been talking to Gwen about collaborating. Blake feels optimistic over the project and wants to impress Gwen.

However, the mother of three is not convinced their very different music styles will flow.

Gwen and Blake have duetted on “You Make It Feel Like Christmas” and “Go Ahead and Break My Heart.”

The insider stated: “Blake would love to make an album with Gwen…he would love for them to be a modern version of Johnny and June Cash, so they can work together and tour together.”

The family friend went on to say: “Gwen is a little more realistic though, and she wonders how they could meld their very different music styles together because she wants always to remain authentic. Blake is very much of the belief set though that where there’s a will there’s a way so, he constantly brings it up and it’s a discussion point, so never rule it out, although he takes a lot more seriously than Gwen,”

While they cannot commit to making an album together, they are committed to each other.

Another source claimed: “Gwen and Blake have recommitted their love for each other which feels amazing for her. Shortly after her birthday, Gwen was feeling emotional and had a long talk with Blake about how happy he makes her and how much she loves him and how much her boys love him too. She made it clear to him that he makes her smile, laugh and really happy every day.”

The person added: “It was a sweet, nice conversation that brought tears to Gwen’s eyes and ended with both Blake and Gwen proclaiming their love and devotion to each other as well as making plans for their future together. They talked about the places they still want to go together, holiday plans and all the romantic things they enjoy doing together.”

Gwen seems to know what she wants. 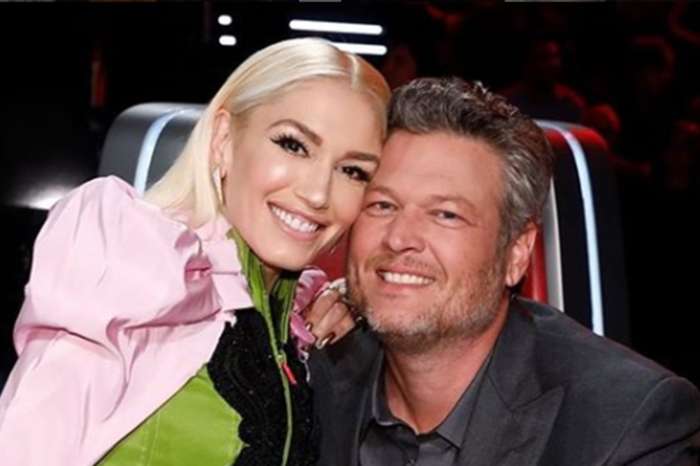