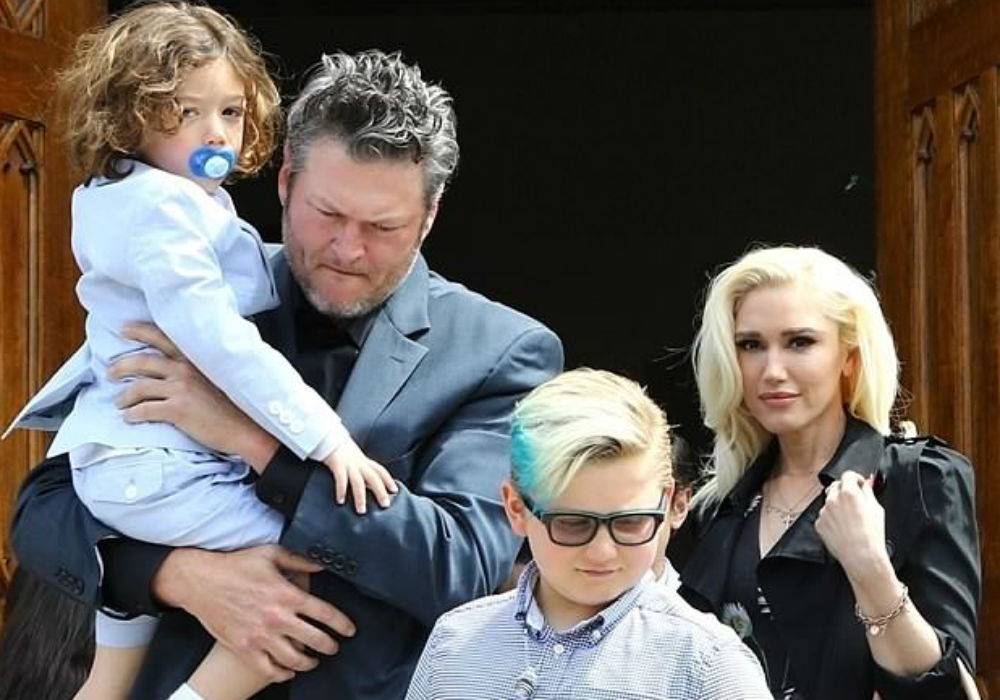 Blake Shelton and Gwen Stefani continue to be #relationshipgoals, and they don’t need a wedding or baby to prove it. The couple – along with Stefani’s three kids – celebrated Easter together, and cameras spotted the happy family attending church and running errands in Los Angeles.

The 49-year-old mother-of-three looked as stylish as ever, wearing a white and brown leopard printed coat on top of a white turtleneck and black mini skirt. She accessorized the look with thigh-high beige suede boots and opted to wear her signature blonde hair down in a conservative, wavy style.

As always, Shelton kept things country casual in a plaid button-up shirt, jeans, and brown suede shoes. 5-year-old Apollo followed in his mom’s fashionable footsteps with a beige jacket and shorts, plus a bow tie. However, Shelton seems to have a bit of an influence on Apollo’s style because he rocked cowboy boots with the ensemble.

As fans know, Shelton and Stefani have been dating since 2015. The couple got together after they both went through painful divorces – Shelton split from Miranda Lambert, and Stefani called it quits with Gavin Rossdale.

During the past three-plus years, Shelton has become quite close to Stefani’s three boys – Kingston, Zuma, and Apollo – and according to Hollywood Life, Rossdale is a bit bothered by Shelton’s relationship with the kids.

“It is challenging for Gavin to watch his boys grow closer and more attached to Gwen’s boyfriend Blake,” claims an insider. “As Gwen’s relationship with Blake continues to grow stronger, Gavin struggles with how much quality time Blake spends with his sons, time that Gavin sometimes feels should be time that he is bonding with his own sons.”

Blake Shelton dotes on Gwen Stefani's sons and they adore him. https://t.co/I1xgIwFoPh pic.twitter.com/tUBOfHREHK

The source went on to explain that Rossdale appreciates that Shelton is a great guy, and he knows that his boys love doing country things like fishing with The Voice coach. However, Rossdale allegedly reminds his sons who their real father is out of fears that the boys could get hurt if Shelton and Stefani end up splitting up one day.

While Gwen Stefani and Blake Shelton spend as much time with her sons as they can, the Hollaback Girl makes sure that Rossdale also gets plenty of time with the kids. Rossdale spends the majority of his time in London, but when he is in Los Angeles, the rocker gets his own quality time with the boys. 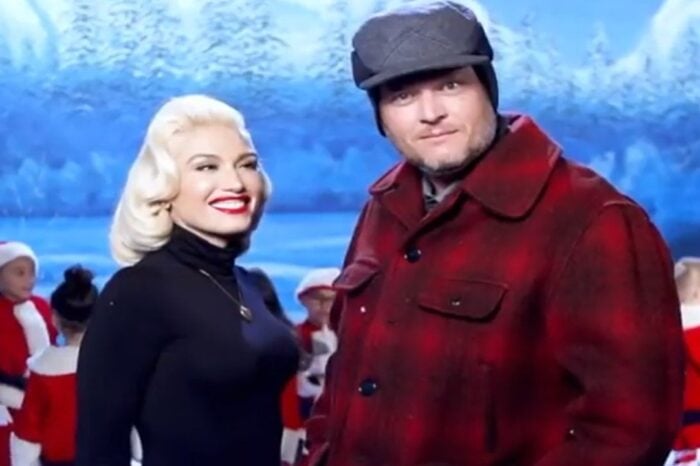 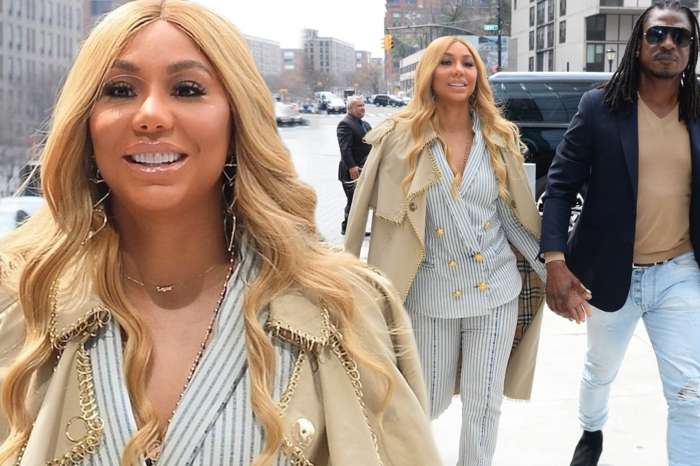 Tamar Braxton's Boyfriend David Adefeso Publicly Professes His Love For Her: 'Together Forever'

I think Blake needs to
Stop acting so stupid..
He lost the best thing that ever happened to him, miranda, they was such a beautiful couple… and the voice came between their marriage when he had the tramp on there. Gwen, is so not right for him.. I only pray that he will wake up one day soon…
I cant stand to watch the voice now listen to his music,, and I’ve never liked her she cant dance.
She is so stiff when she moves. Blake wake up…she not the one ….
Fight to get Miranda back ….

Sad. Miranda doesn’t want any part of that so don’t try to stir it up. They look ridiculous together. Always have and always will. I don’t know how he can stand to look at that honestly.