Blac Chyna Shows Off A Few Looks From Drag Con LA 2019 And Her Mom, Tokyo Toni Is Here For It

It was recently reported that Blac Chyna would be taking part at the Drag Con LA 2019 and her fans would have the opportunity to meet her there.

She provided more details in her recent social media post.

‘The news is out! Meet me at my booth ❤️ I will be bringing @lashedcosmetics. @rupaulsdragcon LA 2019! I can’t wait to see all of your faces so make sure to snatch tickets now before they are gone! #DragCon,’ Chyna  announced her fans  and followers.

She has been sharing pics and videos with her looks from the event and her mom, Tokyo Toni has been approving in the comments section.

Someone praised Chyna and said 'I was there and I saw her in person she took my breath away! I love it! She is absolutely beautiful!' 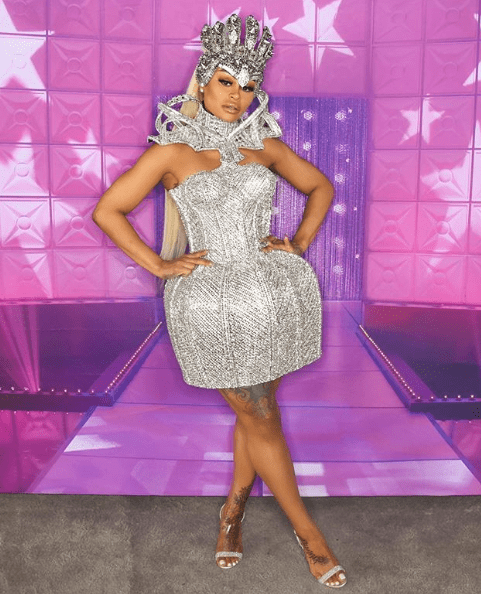 A follower posted 'What is she famous for?? I have no idea someone educate me on Blac Chyna.'

One fan posted this: 'Crazy I just saw a pic of her and a friend of mine on FB. She had this on. They’re working on a partnership on beauty products. @beaut.beautyco 😲💪🏽🙌🏽'

A fan posted, 'She looks so cute Everyone can’t deny that. If you do, you’re just simply a hater.'

Speaking about the Wendy Williams' interview, at one point, Chyna said that she is planning a docu-series and she’d like her mom to be part of it.

This resulted in her mother making a video and saying that she would definitely love to be in Chyna’s series, and that was all.

These two have reunited and they have also made sure to publicly profess their love for one another on social media. Fans could not be happier.

KUWTK: Khloe Kardashian Reveals Her Brother Rob Kardashian Is Dating Someone And Opens Up About His Relationship With Blac Chyna

Blac Chyna Is Twining With Her Daughter, Dream Kardashian - Check Out Their Photo Together

Lauren London Receives More Support From Fans After She Posts Another Photo Of Nipsey Hussle, Saying That She's Missing Him