Blac Chyna Loves The Rumors That She’s Pregnant With Her 18-Year-Old Boyfriend – Here’s Why!

Rumor has it that Blac Chyna is not upset about the speculations that she is pregnant again, this time with her 18-year-old boyfriend! Apparently, all of the social media buzz about it has only increased the passion between her and rapper YBN Almighty Jay!

‘Blac isn’t pregnant but she loves that people think she is. She lives for that kind of attention. She also knows it is driving Rob crazy, so she is going to keep this rumor going for as long as she possibly can. Plus, the rumors are such a huge turn on for her and her young boyfriend. He loves fantasizing about getting her pregnant, so any chance she gets to play into it she will,’ one source close to the reality TV star stated.

But the real question is – would she ever consider actually having a child with the 18-year-old?

The insider says that ‘There is a part of her that’d love to have his baby, she is crazy about him. But for now, she is happy with the way things are.’

The pair is spotted in public quite often and seems to have a solid relationship despite the age difference.

But the pregnancy rumors are not the only reasons the mother of two has been making headlines.

Not too long ago, she lost her temper at Six Flags and it was all caught on camera.

She even tried to hit a fellow park goer with a stroller after she allegedly touched Dream without permission.

Although she admitted later on that she wished she handled things differently, in the end, she was only trying to protect her daughter, which is also why Rob Kardashian could not legally use the scandal against her to gain more time with Dream. 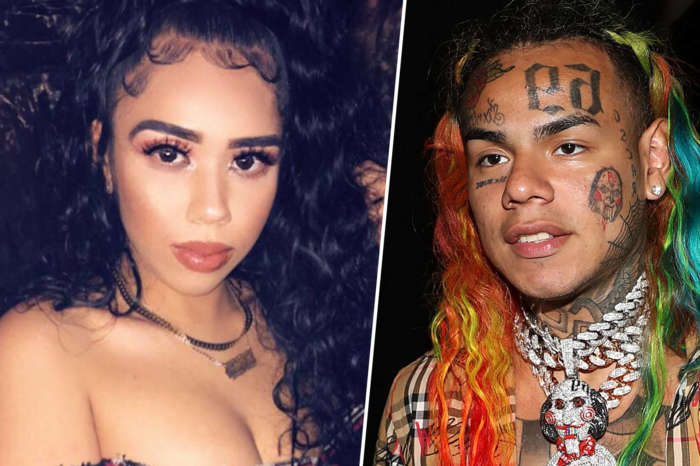 You know at one time I was team Chyna thinking the Kardashians are just out to get her venefully because of the failed realtionship with their brother. Now after all these antics her and this boy young enough to be her brother truly belong together. It’s obvious she is still immature and can’t find a man who is not in the life or one who won’t put up with her bs. The life she is leading is not a good example for her children especially her daughter. Get it together girl there is more to life than dk and money, keeping up with the Joneses and revenge.