The 25-year-old actress opened up about losing the two most important women in her life on Ellen DeGeneres’ talk show today. It has to be noted that The Ellen DeGeneres Show was also the last public appearance of the Stars Wars legend before passing away on Christmas in 2016.

Because of that, Billie Lourd jokingly congratulated Ellen for managing her so well considering Carrie Fisher would always take over talk shows in a sort of an ‘aggressive’ way – according to the daughter!

Lourd revealed that she still has a lot of good in her life and that is helping her cope with the loss.

‘Yeah, it is completely surreal. There is no way to really explain it. It is so hard to talk about. I don’t know, if I say that I’m doing good, I am too happy. And if I say that I am not doing good, then I’m a mess. So it is really hard to know what to say about it because it’s just so surreal and impossible to deal with,’ Lourd said about losing her mother and grandmother.

In addition, she revealed that she is very happy she managed to appear alongside Fisher in Star Wars: The Force Awakens.

The actress explained that she feels like it was an amazing experience to act with her mom and believes it happened for a reason.

In addition, the film was also her acting debut, a career that her parents were not all about her joining.

But even so, after entering the Star Wars set, she still received some well-intended pieces of advice from Carrie.

Billie recalled that her now late mother told her it was weird how her daughter was so comfortable on set (in her opinion, ‘one of the most uncomfortable environments in the world.’)

Because of that, Fisher realized that Billie should be an actress after all and told her to pursue it if she so desired.

After her acting debut alongside Fisher, Lourd played Chanel No. 3 in Scream Queens for the show’s two seasons and then went on to portray Winter Anderson on the popular anthology series American Horror Story’s new season – Cult. 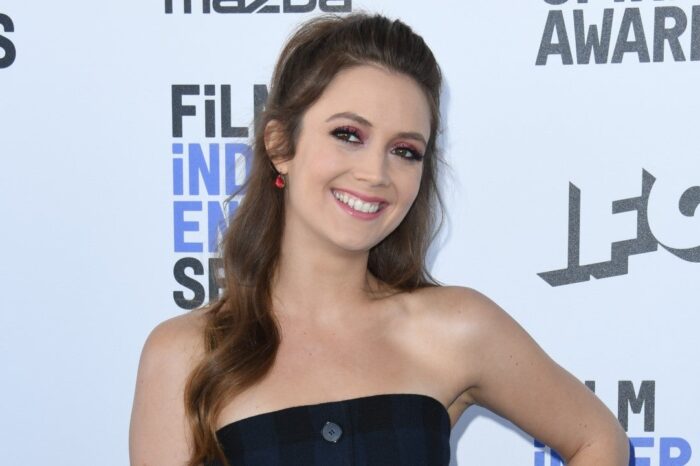