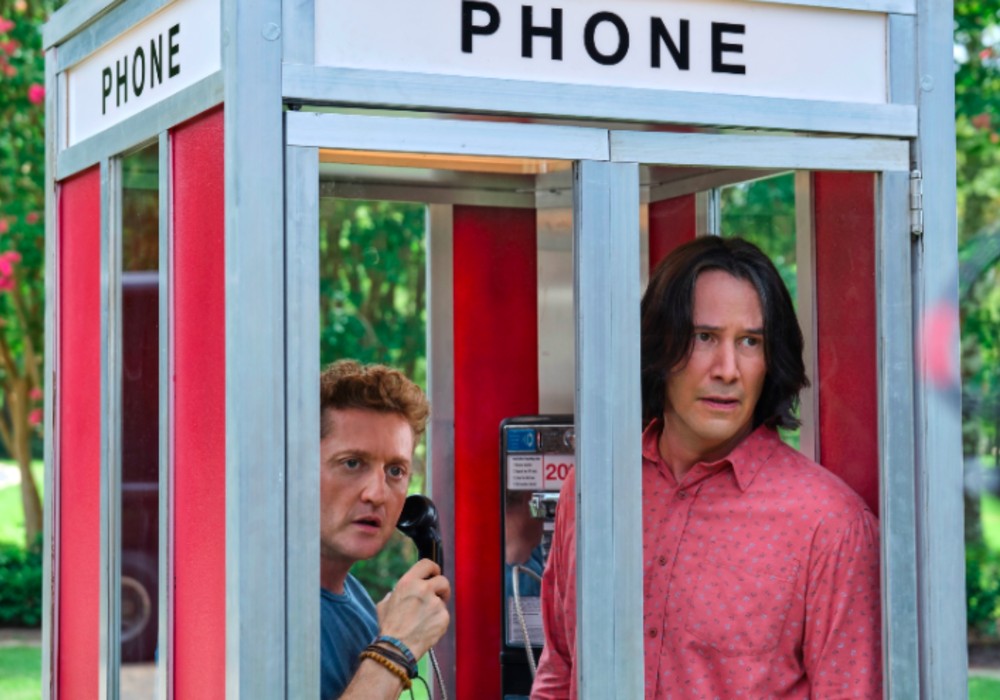 The first trailer for Bill & Ted Face the Music has finally dropped (on June 9th, or “69,dudes!”) and the long-awaited third film in the series is exactly what we need right now. Thirty-one years after the original Bill & Ted’s Excellent Adventure – and 29 years after the duo’s bogus journey – Keanu Reeves and Alex Winter are back as the beloved Bill S. Preston Esq. and Ted “Theodore” Logan.

In the 90-second video, the time traveling rock stars – who are now in their fifties – know they are supposed to write a song that saves the world. But, after nearly three decades of not coming close to achieving their destiny, Bill and Ted decide to travel to the future to steal the song from their future selves.

“We’ve spent our whole life trying to write the song that will unite the world,” says Reeves in the trailer. “Why can’t we just go to the future when we have written it? … But isn’t that stealing?”

“How is that stealing if we’re stealing it from ourselves, dude?” replies Winter.

Things don’t go as planned, of course. When they get to their future destination, Bill and Ted meet their future selves, only to find out that they are tattoo-covered prison inmates wearing orange jumpsuits.

After rumors of another sequel swirled for years, Reeves and Winter officially announced in March 2019 that Bill & Ted 3 was happening. In their video announcement, Reeves and Winter thanked fans for asking them to reprise their beloved roles again.

“We want to say thank you to the fans,” said Reeves at the time, as Winter added: “It’s all because of you guys. We owe you a huge debt of gratitude, so we wanted to say thank you.”

After 29 years, the excellent duo of Bill and Ted are headed back to theaters, and #BillAndTed3's release date is already a brilliant Easter egg – https://t.co/knHGUNW5WH pic.twitter.com/GkdxNk3Mht

The duo shot the film last summer after they landed on an idea that merited a sequel. Winter said way back in 2015 that the sequel idea had been on the table for a long time, and they were “really close.” He added that in Hollywood, “really close” means either you are shooting soon or it will never happen.

Alex Winter said it was himself and Keanu Reeves – along with writers Chris Matheson and Ed Solomon – who drove the entire project for years and were finally able to get the movie made.