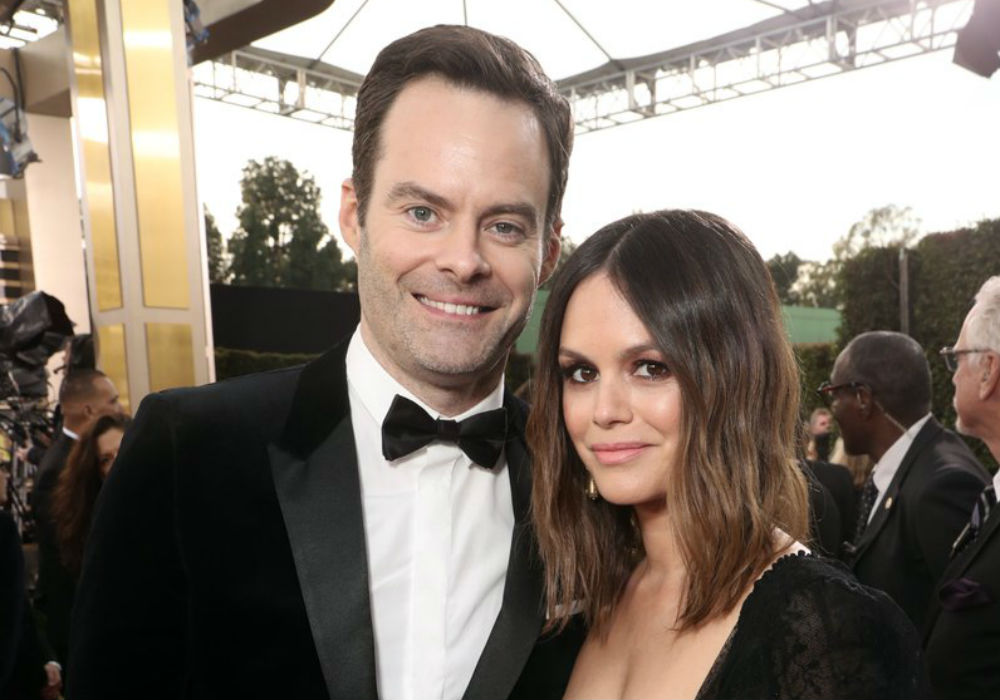 Rumors had been swirling for weeks that something was going on between Barry star Bill Hader and The OC alum Rachel Bilson. And this weekend, the couple walked the red carpet together at the Golden Globes and finally made their romance official.

Hader wore a traditional black tuxedo with a white shirt and black bowtie, while Bilson wore a floor-length black and gold gown with a lace bodice and puffed sleeves. The couple walked hand-in-hand, and when they posed for pics Hader had his arm around Bilson’s waist.

Their red carpet debut was nearly three weeks after the couple was spotted in Oklahoma grabbing coffee together. According to TMZ, the duo stopped by a Starbucks in Tulsa, Oklahoma on December 21st to grab a quick drink. They were seen holding hands while they were running around town, and they also spent time with members of the Saturday Night Live alum’s family.

Hader and Bilson co-starred in the 2013 romantic comedy The To Do List, as an unlikely couple who end up together. The film was written and directed by Maggie Carey, who was married to Hader at the time. They got married in 2006, but split in 2017, which was around the same time that Bilson ended her relationship with Hayden Christensen after ten years together.

it's official, y'all: Bill Hader and Rachel Bilson just made their red carpet debut#GoldenGlobes pic.twitter.com/7Pw2D0Cpyd

Bilson did spark a few romance rumors with Bachelor alum Nick Viall last year after she left some flirty comments on his Instagram. But, it looks like that they are just friends.

Hader and Bilson attended the Golden Globes on Sunday night because he was nominated for Best Performance by an Actor in a Television Series – Musical or Comedy. However, he didn’t take home the trophy, as Ramy Youssef won the prize for his performance in the Hulu series Ramy. Bill Hader did win the Emmy in that category back in September.

The first two seasons of Barry are available for streaming on HBO GO. And, the third season will premiere later this year.

Denise Richards Reportedly Not On Speaking Terms With Some Of Her RHOBH Co-Stars - Here's Why!