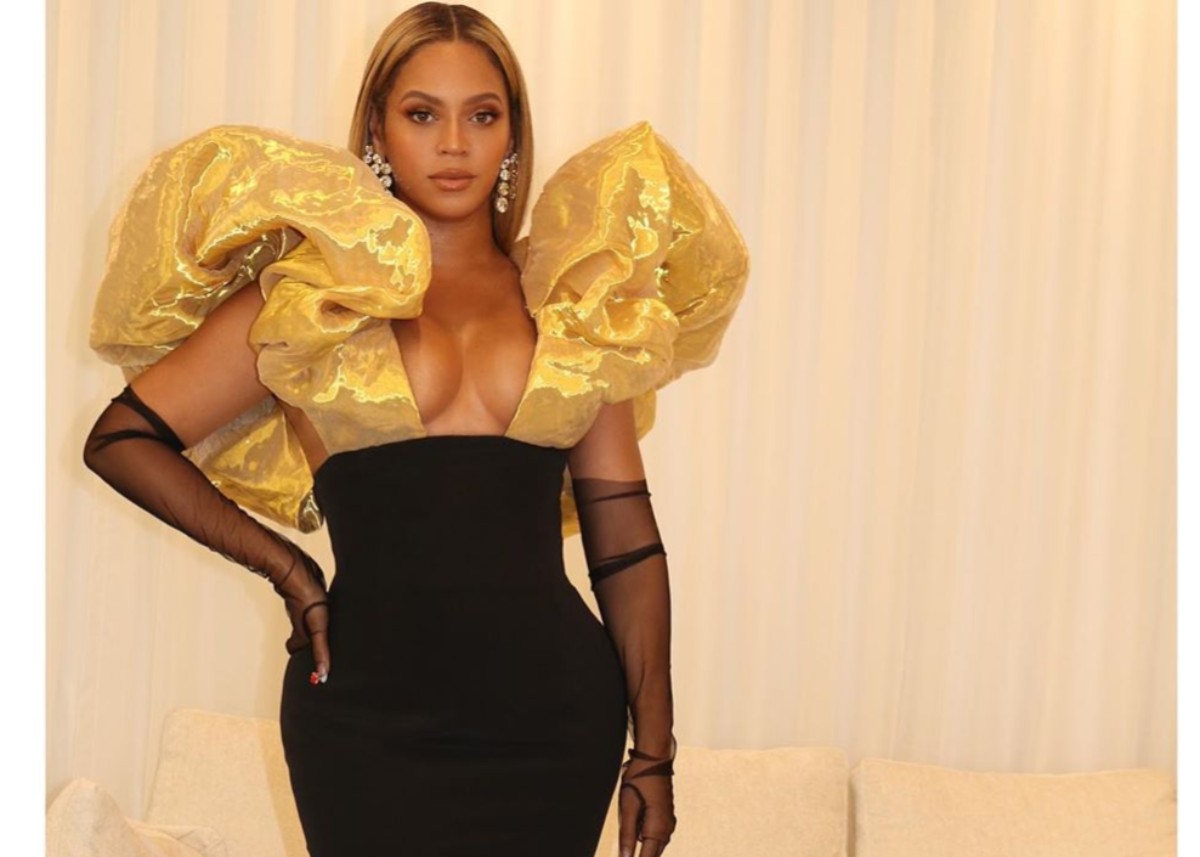 Beyonce’s fans are still speechless after seeing Queen Bey wear a custom Schiaparelli haute couture gown at the Golden Globes. Beyonce paired the ensemble with black gloves and Lorraine Schwartz diamond earrings and rings that weighed approximately 300 carats. Though Beyonce and Jay-Z didn’t walk the red carpet, they made quite a fashionably late entrance and their presence was known. Additionally, Jay-Z brought his own champagne (he owns stock in Armand de Brignac) and brought the Ace of Spades bubbly to the awards with them. The Golden Globes is known for liberal drinking and there may have been no better advertising for the champagne than for Jay-Z and Beyonce to sip it throughout the event.

Celebrity stylist Zerina Akers styled Beyonce for the event and Daniel Roseberry designed the gorgeous gown that featured woven, gold mesh sleeves, and a high-waisted curve-hugging skirt that accentuated Beyonce’s hourglass figure. Some felt the sleeves had an eighties vibe while others said the dress was in theme with the Golden Globes statue.

Daniel Roseberry shared a slideshow featuring Beyonce in the gown and the official Shiaparelli also shared photos of the gown and Lorraine Schwartz earrings as well as the dress’s sketch when it was still in the design stage.

Daniel Roseberry’s photo slideshow of Beyonce wearing the gown features eight stunning photos including several from inside the Golden Globes. It was stated that Beyonce and Jay-Z were so late, that they made their entrance when Kate McKinnon was delivering a heartfelt speech before Ellen DeGeneres was presented with the Carol Burnett Award.

By the time Beyonce and Jay-Z entered the building, everyone was seated and the show was being filmed live. Photos of Beyonce’s and Jay-Z’s bodyguard standing behind them holding two bottles of Ace of Spades champagne behind his back began to flood social media.

The champagne comes in elaborate bottles with embossed images of an Ace from a card deck and can range between $300 to over $1000 per bottle.

It seemed a good idea to bring the champagne as it was definitely a conversational topic and even Reese Witherspoon and Jennifer Aniston stopped by Beyonce’s and Jay-Z’s table to have some!

January 5, 2020 The Carters, and Julius holding bottles of their own Armand de Brignac champagne, at the 77th Golden Globe Awards at the Beverly Hilton Hotel in Los Angeles, CA.

Watch as Jay-Z toasts his table!

You may see the photo slideshow designer Daniel Roseberry shared featuring Beyonce in her haute couture Schiaparelli gown below.

What do you think about Beyonce’s haute couture Schiaparelli gown?

Do you think it was a wise marketing strategy for Beyonce and Jay-Z to bring their own champagne? Who knows, maybe Ace of Spades will be the drink of choice at the 2021 Golden Globes.