Beyonce and her oldest child, daughter Blue Ivy, were in attendance at the premiere of Lion King earlier today and they both looked stunning in matching outfits! As fans know, the superstar is voicing the character of Nala in the live action remake of the beloved animated movie.

To go with the theme, she also wore crystal or crystal embezzled accessories, including jewelry, pin heel sandals, as well as a bedazzled embroidered box clutch.

With all of those countless of jewels all over her, it is safe to say that Beyonce was shining, perhaps even more than usual, and that says a lot!

As for her hair and makeup, she rocked a smokey eye look and had her hair gathered in a sleek ponytail.

Meanwhile, her 7 year old daughter, Blue Ivy, was the mirror image of her mother in a similar black tuxedo dress with silver crystal embellishments and the same skirt. 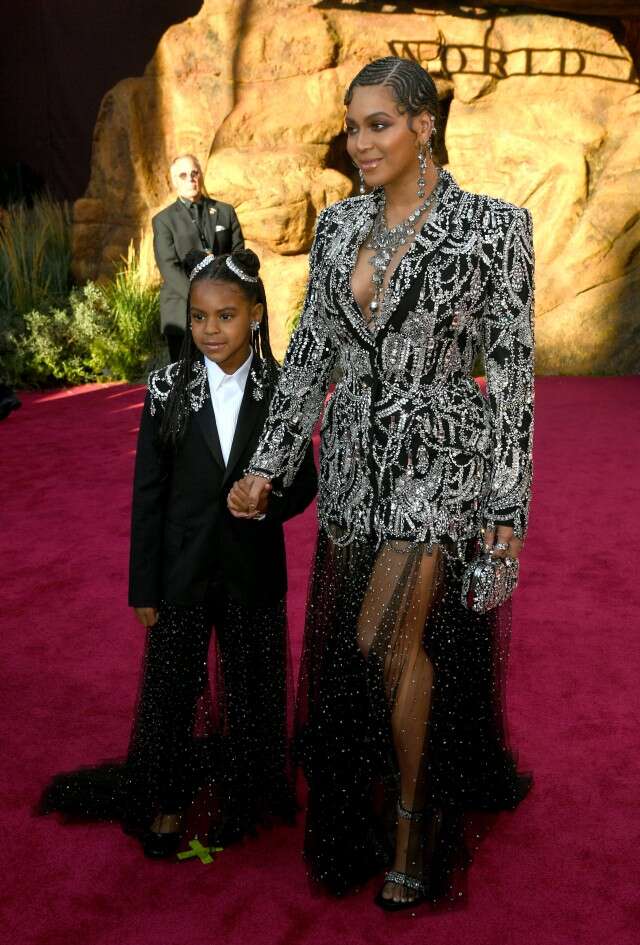 Also, on the red carpet, ET chatted with Beyonce’s former Destiny's Child member, Michelle Williams, and she gushed over her close pal’s opportunity to become a part of the beloved story.

Asked how Bey feels about the incredible gig, Williams replied that: ‘Just excitement and how now's the time [for] different voices, different experiences and what she's going to bring to it. And because of her 2 little girls, of what she is passing on for her family is really awesome.’

Zendaya Steals The Show In Beyonce's Iconic 2003 Dress At The BET Awards!

Beyonce Pays Sweet Tribute To Her And Jay-Z's Twins As They Turn 4!

Safaree Tells His Fans He Wants An Acting Agent