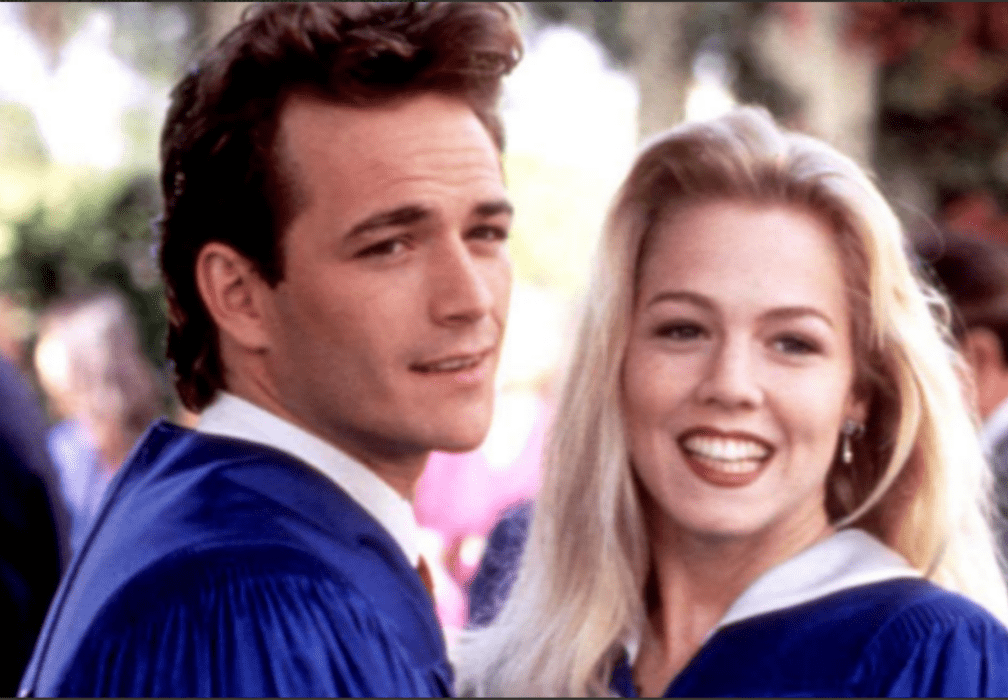 News of Luke Perry’s death following a sudden, yet massive stroke has left the nation in shock and sorrow. Tributes are pouring in from fans and former castmates from the Fox series Beverly Hills 90210.  Jennie Garth, who played Kelly Taylor to Luke Perry’s, Dylan McKay, released an exclusive statement to People.

“My heart is broken. He meant so much to so many. Such a very special person. I share my deep sadness with his family and all who loved him. Such a terrible loss.”

Jennie Garth was one of the earlier cast members of Beverly Hills 90210 to go public by saying she was joining the reboot.

All but Shannen Doherty and Luke Perry had agreed to return for the Beverly Hills 90210 reboot.

With the reboot in the works and a new social media account, the official Beverly Hills 90210 Fox Instagram released a statement offering their sympathy to Luke Perry’s family.

Jennie Garth’s sentiments mirror many across social media networks. When news broke that Luke Perry suffered a massive stroke on Wednesday, February 27, 2019, little details were given. It was unclear what caused the 52-year-old actor to suffer a stroke.

Brief announcements have been made through Luke Perry’s publicist and representative Arnold Robinson, but they have been brief and short.

TMZ announced that Luke Perry’s family is appreciative of the love and outpouring of support. No further announcements on Luke Perry’s health status at the time of the stroke are expected to be made.

“The family appreciates the outpouring of support and prayers that have been extended to Luke from around the world. No further details will be released at this time.”

Luke Perry appeared in Riverdale as Fred Andrews. The show’s creators announced that Riverdale Season 3 will be dedicated to Luke Perry.

Cardi B Raves About How Much She Loves Her Husband After Offset's Latest Romantic Gesture!