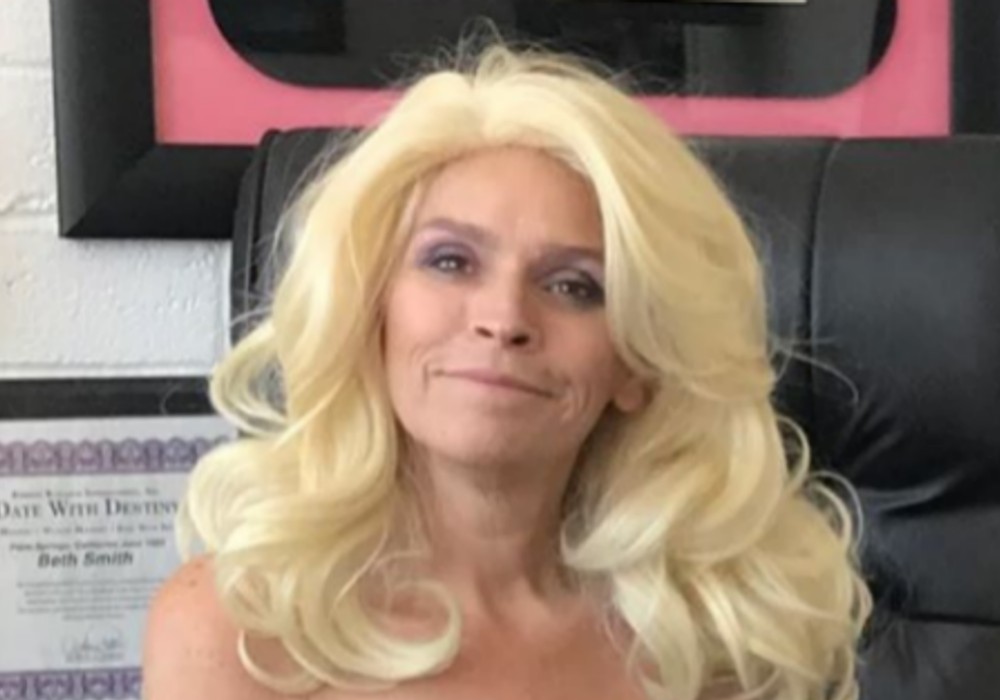 Dog the Bounty Hunter (Duane Chapman) provided an update on his wife’s Beth Chapman’s condition and shared a new photo from her bedside. Beth Chapman, 51, was placed in a medically-induced coma as she continues to fight throat cancer. The producer and actress is best known for her starring roles in the series Dog The Bounty Hunter (2003-2012)  and Dog and Beth On The Hunt (2013-2015). The couple also recently announced a new series they are working on for WGN titled Dog’s Most Wanted. Now, Beth is fighting for her life while in a medically-induced coma and Dog is asking the world for prayers. Sharing an update on his official Twitter account, Dog confirmed that Beth remains comatose and hospitalized.

Though the couple had announced the new WGN series, fans continued to pray for Beth’s health. Dog and Beth first announced she had been diagnosed with stage two throat cancer in 2017. Beth announced that the cancer was removed before revealing that it came back in 2018. It was later diagnosed as stage 4 lung cancer.

On April 7, 2019, the Chapman Family released a statement via their Facebook page asking prayers for Beth as she had been hospitalized. You may see that statement below.

“Beth was hospitalized Saturday due to an accumulation of fluid in her lungs. Doctors performed an emergency procedure to alleviate pressure that had built up. She is now at home resting with her husband. She and [husband Duane “Dog” Chapman] are so grateful for the thoughts and prayers from their fans. Keep them coming.”

Duane “Dog the Bounty Hunter” Chapman continues to update his Facebook and Twitter with the latest news regarding Beth’s condition as well as continual prayer requests.

On June 24, 2019, Duane shared a photo of himself with Beth and wrote the following with the hashtag #PrayforBeth. Both Dog and Beth are Christians with a strong faith in God. The hashtag is trending and countless people are praying for Beth’s healing.

“#prayforBeth please. Thank you for all your prayers.”

#prayforBeth please. Thank you for all your prayers.

You all know how she is about HER NAILS !! pic.twitter.com/w8iWMYrWZd

In the new photo that Duane shared, you can see Beth’s hand as she is comatose in her hospital bed. Her nails are expertly manicured and Duane chose the caption, “You all know how she is about HER NAILS !!” You can see bandages and wraps around Beth’s wrist.

Beth’s last post on her official Instagram account before being hospitalized was a sweet birthday message to her daughter Cecily whom she encouraged to stay sweet, or she would answer to her Momma. Prayers continue to go up for Beth Chapman around the world. Stay tuned for more health updates for Beth Chapman as many continue to pray and believe for her full recovery.

Still in shock that this wonderful and beautiful woman is gone. What Dog and Beth have reminds me so much of me and my husband the closeness and that wonderful feeling of love that you have and thinking nobody else could possibly have this like we do . I remember telling my husband if I die that you better not be with another woman because I will haunt you and hearing those words that Beth had said to Dog it really gets to my heart.

I’m sorry for your loss and my deepest sympathy and loads of love to Beth crossing over and Dog your angel will always be with you in spirit.
I lost my soulmate an it doesnt get easier. Prayers to the family an many many friends all around the world. Beth your light is bright an we will miss you dearly.